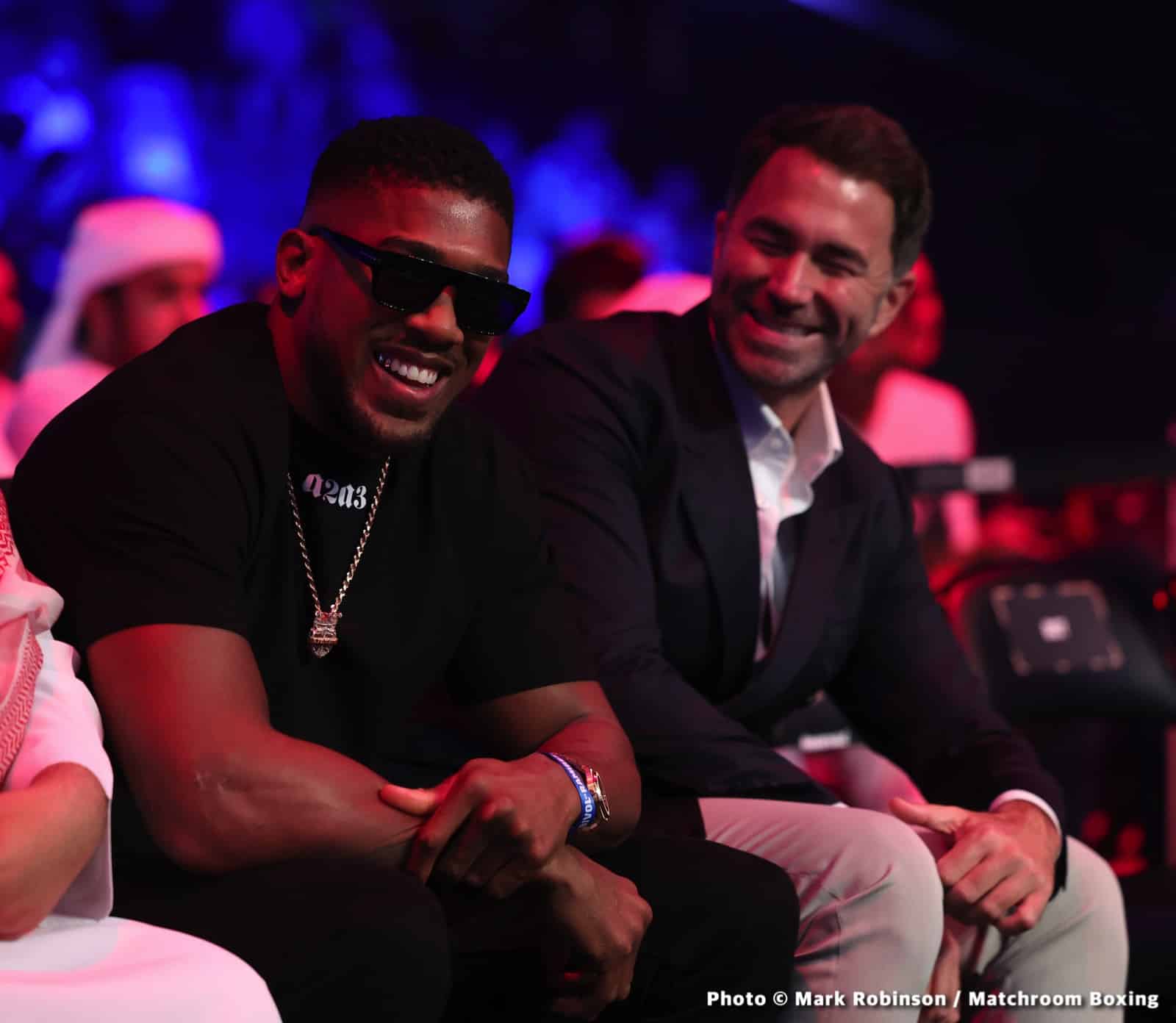 By Barry Holbrook: Eddie Hearn says the frontrunner for Anthony Joshua’s next fight in March is the Dillian Whyte vs. Jermaine Franklin winner.

Hearn feels that a Joshua fight against Whyte, 34, is a big one that would fill a stadium, and he wants AJ to use it to prepare him for a mega-clash against Deontay Wilder next year.

“I think Otto Wallin is a very fair fight for Joshua to come back to,” said Eddie Hearn to Fight Hub TV about Anthony Joshua’s next fight in March.

“A lot of these guys price themselves out. Filip Hrgovic is a great fight. He’s IBF mandatory. I think the winner of Dillian Whyte and Jermaine Franklin is a very, very good frontrunner for the next one [for Anthony Joshua to fight].

“He got his bluff called, and he accepted it, and he just sort of lost faith a little bit with boxing because he really wanted to fight Tyson Fury,” said Hearn about Joshua having accepted the fight offer from Tyson Fury after being called out by him.

“I think that’s the main reason that he didn’t fight this year because it sort of messed up his mojo and made him think, ‘What are these people doing? They [Fury] say they want to fight me. Now I’ve got a deadline. Chisora gets another month for the deal, and I had to sign it then.

“That’s why you’re going to fight maybe at the end of February but probably March,” Hearn said about Joshua. “We were going through opponents tonight, and I think he’s going to have the rest of the year off probably and start camp at the beginning of January.

“Definitely,” said Hearn when asked if Joshua could fight Deontay Wilder in 2023. “He was one of the names I mentioned tonight.

“It wouldn’t be an easy fight, but an easier fight before he goes into a Deontay Wilder or Dillian Whyte, basically. Yes, of could be,” said Hearn when asked if Joshua will fight Whyte in March.