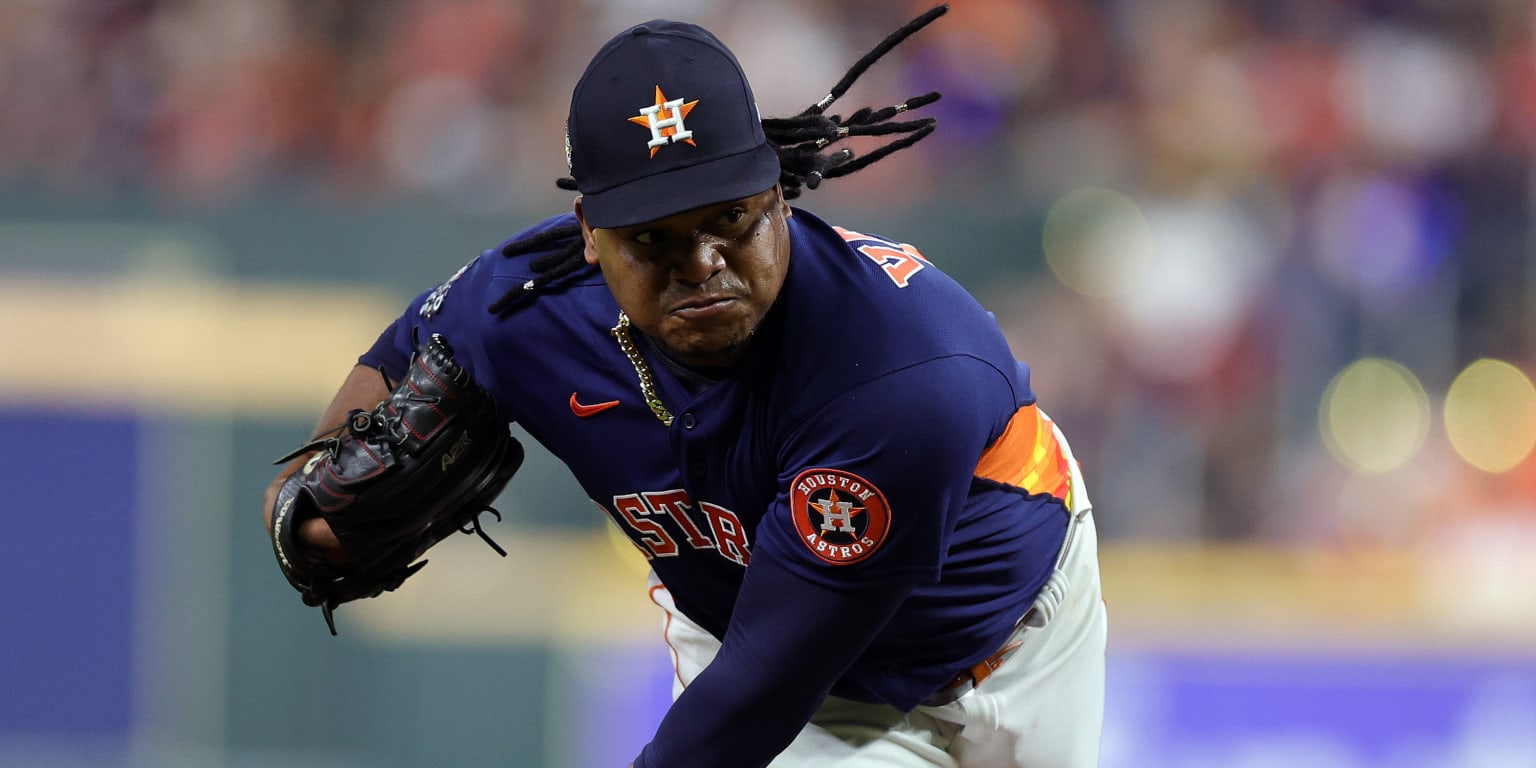 Framber Valdez isn’t the ace of the Astros rotation yet, but he certainly pitches like one. Who better to get the ball against the Phillies in Game 6 of the World Series with a chance to put it away?

Houston is 3-0 this postseason when Valdez starts. His work in his last outing — Game 2 of the World Series last Saturday — was a tour de force over the Philadelphia lineup.

“I think I’m just going to try to continue doing what I’ve been doing all season,” Valdez said via a translator following his club’s 3-2 victory on Thursday in Game 5. “Just try and attack hitters early, try to breathe, try to stay calm, try to meditate. It’s something that’s really exciting. I think it’s something that really adds a lot to your career, and I’m really excited for this opportunity.”

After watching his teammates pitch well, Valdez just wants to keep the momentum going when he starts again on Saturday at Minute Maid Park.

“Definitely helps a lot. It helps for me to stay positive,” said Valdez, who will turn 29 on Nov. 19. “Obviously, our guys here did an amazing job. We won two games here as well. I think that does help set the tone. Obviously, we’re going back home just needing to win one game. And hopefully with God on our side we’ll be able to win that game.”

During his 6 1/3 innings in a 5-2 Astros win, Valdez gave up one earned run and four hits with three walks and nine strikeouts while throwing 104 pitches. He took a shutout into the seventh inning with three singles allowed.

One out after Nick Castellanos opened the seventh with a leadoff double, Valdez exited. Reliever Rafael Montero was pitching when Castellanos later scored on a Jean Segura sacrifice fly.

“This guy has been a big game guy for us since he first got to this league,” Astros manager Dusty Baker said on Friday. “That’s kind of rare for a guy to have been in that position so many times at this point in his career. Framber pitched well against them last time. He pitches well [at] home and [on the] road, but especially at home.”

Here are some more things to know about Valdez heading into Game 6:

• During Game 2, Valdez’s curveball loomed large and frustrated Phillies hitters. Of Philadelphia’s 15 swings-and-misses, nine were against the curveball.

• Like opposing Phillies starter Zack Wheeler, who also started Game 2, Valdez will be working on six days of rest. In four regular-season games this season with six or more days of rest, he is 3-1 with a 2.33 ERA.

• In this postseason, Valdez is 2-0 with a 1.42 ERA in his three starts. They all came with six or more days of rest.

• During his first All-Star season this year, Valdez was 17-6 with a 2.82 ERA in 31 starts, with three complete games and one shutout.

• Valdez’s parents will again be at Minute Maid Park to watch him pitch in the World Series. His father, Jose Antonio Valdez Ramirez, overcame a fear of flying to come from the Dominican Republic for Game 2 to see his son pitch in person for the first time in the Major Leagues.