No favorite among NASCAR championship 4 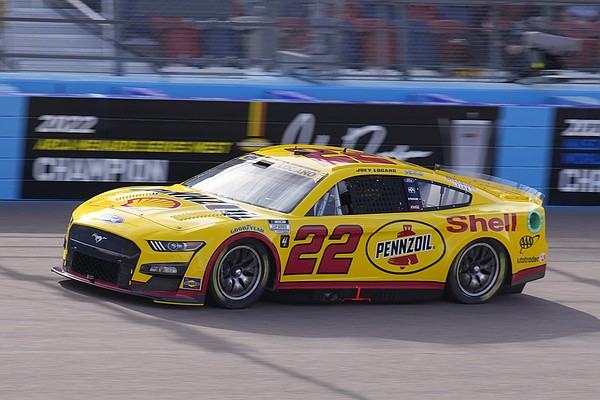 AVONDALE, Ariz. — The long and unpredictable NASCAR season comes to an end Sunday with a championship race fitting for a year that saw unprecedented parity and never a clear title favorite.

Sure, Chase Elliott led the standings for most of the season while winning a career-high five races and the regular-season title. But everything is equal this year, the first for NASCAR’s new Next Gen car that successfully leveled the playing field.

The Cup Series celebrated 19 different winners — 21 if the non-points races are counted — and five drivers were first-time victors. Momentum was fleeting and shifted throughout the garage weekly and the end result is a unique final four in the winner-take-all finale at Phoenix Raceway.

Christopher Bell and Ross Chastain will race for the championship for the first time in their careers, while Elliott and Joey Logano are seeking their second titles. Logano won in 2018 and Elliott won in 2020 in the first of back-to-back Hendrick Motorsports championships.

Kyle Larson won last year but was eliminated in the second round, leaving Elliott as Hendrick’s only shot to make it three Cup titles in a row. And experience may matter: Logano won the pole in Saturday qualifying, while Elliott was fourth.

“We’ve been the favorite to win since the beginning of the year, if you ask me,” said Logano of Team Penske. His Ford won the first Next Gen race, the exhibition at the Los Angeles Memorial Coliseum in January.

“That’s the way I go to a racetrack and if I don’t go to a racetrack like that, then I shouldn’t show up,” Logano continued. “So I’ve always said what everyone thinks about favorites and odds and all that garbage. I don’t care. I know what my odds should be, and I know what I feel like they are. We’ve proven (in qualifying) we’ve got a good horse and we’re ready to rock and roll.”

The odds according to FanDuel Sportsbook, by the way, favor Elliott to win the title. Logano is trying to give Roger Penske a Cup title in the same season the organization won the IndyCar championship with Will Power.

Chastain qualified 25th, worst of the title contenders, and Bell has struggled since Joe Gibbs Racing unloaded his Toyota and will start 17th. But Bell has been down before in these playoffs and won twice to avoid elimination and make it to his first title race.

“I feel like I’ve got the best team out of the four. I definitely like our chances,” Bell insisted.

If it takes a victory to win, Bell proved he can do it twice, including last week’s dramatic win at Martinsville to save his season. And since the winner-take-all format was established in 2014, the champion has won the final race to claim the Cup.

The Next Gen has shown how many drivers can win each week, and even though Elliott tapered off a bit in the playoffs, he too likes his chances.

“When I sit back and I look at this weekend and the way this format is and the way the final four works (with one race), if you’re in, you have a shot,” Elliott said.

So that includes Chastain, who shot to fame last Sunday with a wall-riding final half lap that gained him five positions and leapfrog nemesis Denny Hamlin by two points for the final spot in the championship race. The video-game style move has been celebrated globally in motorsports but not so much in the NASCAR garage.

His fellow drivers believe what Chastain did in deliberately crashing into the wall, taking his hands off the wheel and flooring it while letting the wall guide his Chevrolet, is a dangerous move. While entertaining, they’ve argued it could have gone terribly wrong and injured someone, including spectators.

Chastain has been mobbed at sold-out Phoenix by fans enthralled by the move, and Chastain said after qualifying that he has found the polar opposite reactions to him a bit bizarre. The eighth-generation watermelon farmer and journeyman racer from Florida used the move to put second-year team Trackhouse Racing into its first championship race.

“Ross is just kind of built different,” said Trackhouse founder Justin Marks. “I think somebody with that type of psychology, that sort of do-whatever-it-takes and he’s got so much want — he just wants it so badly.” 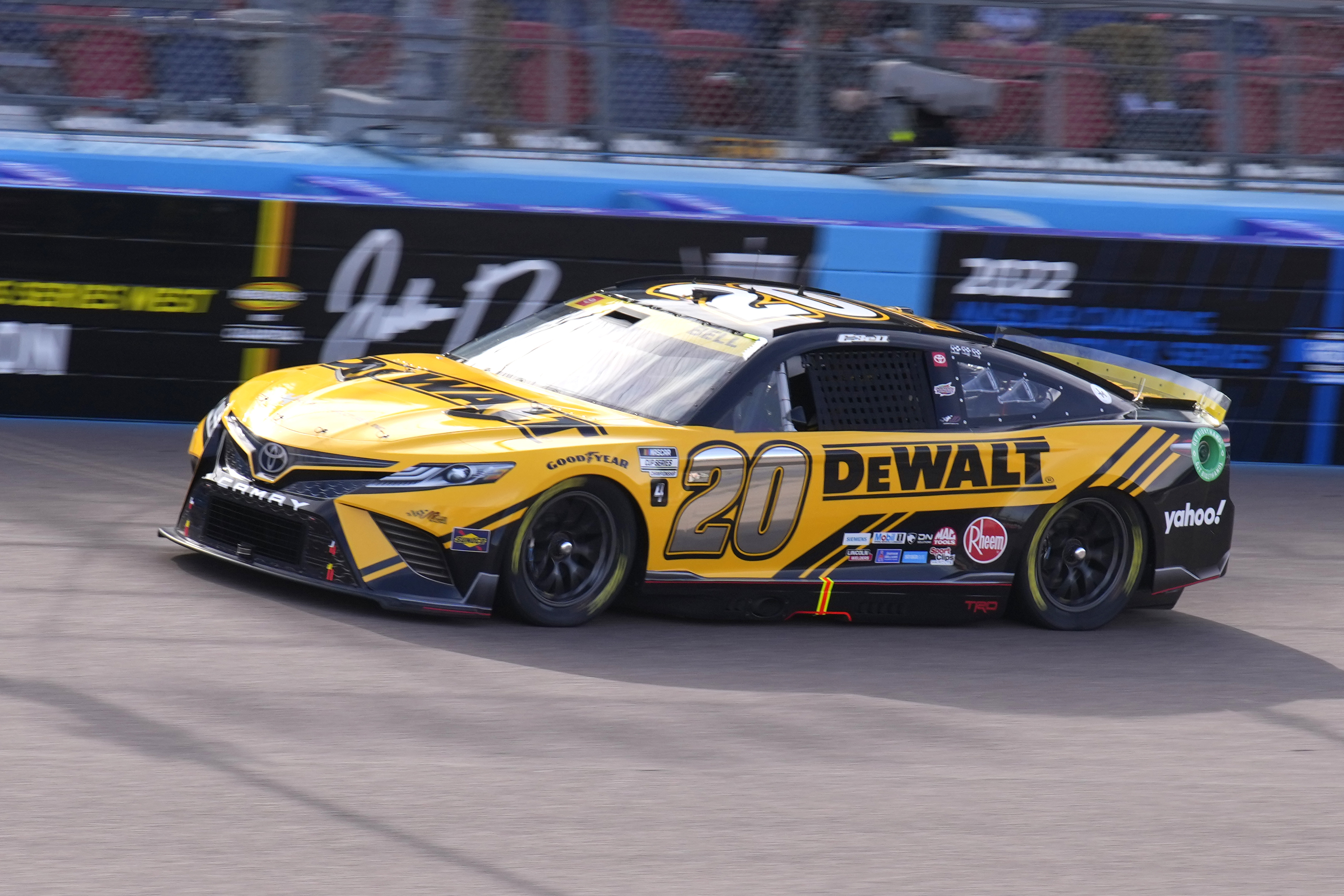 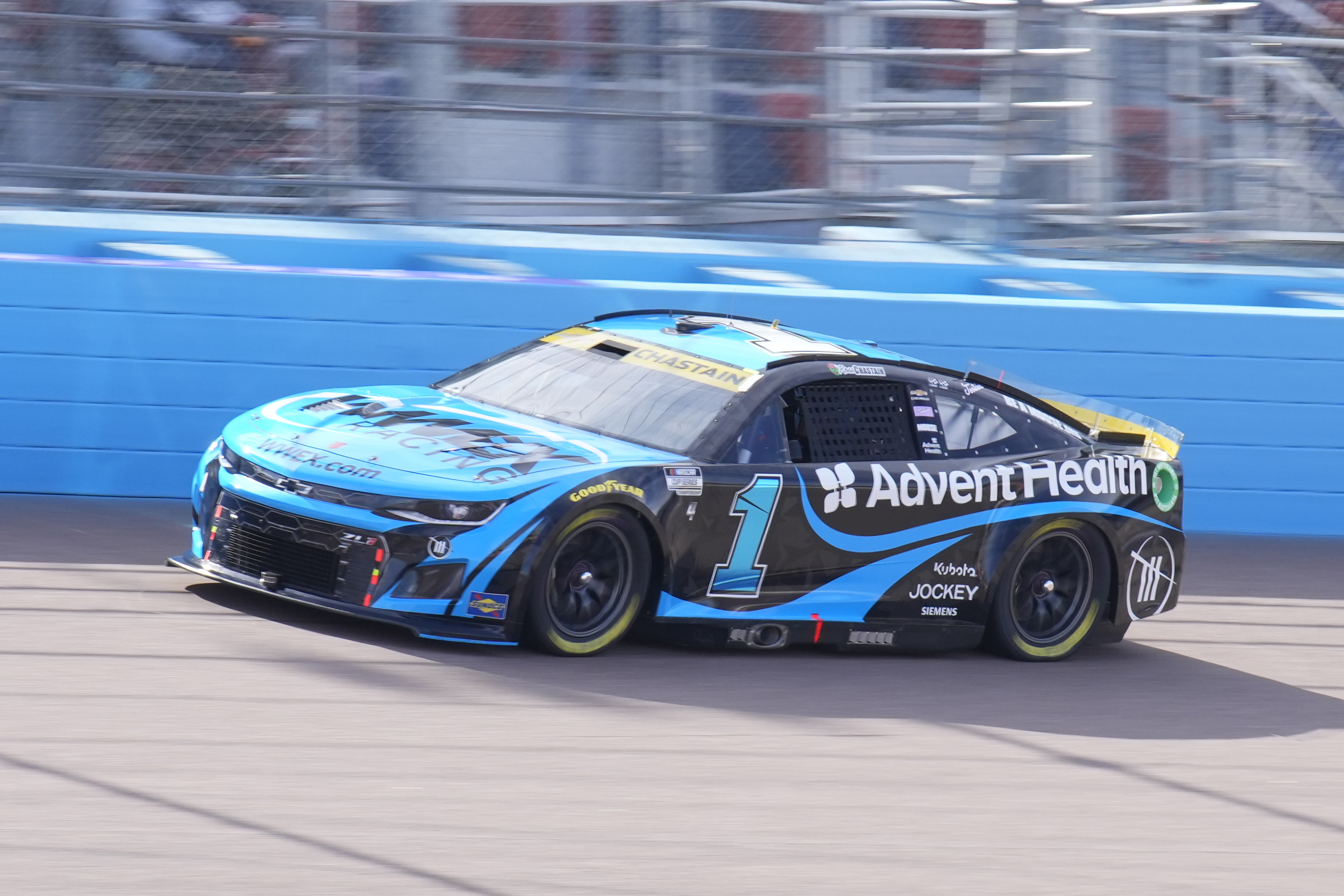 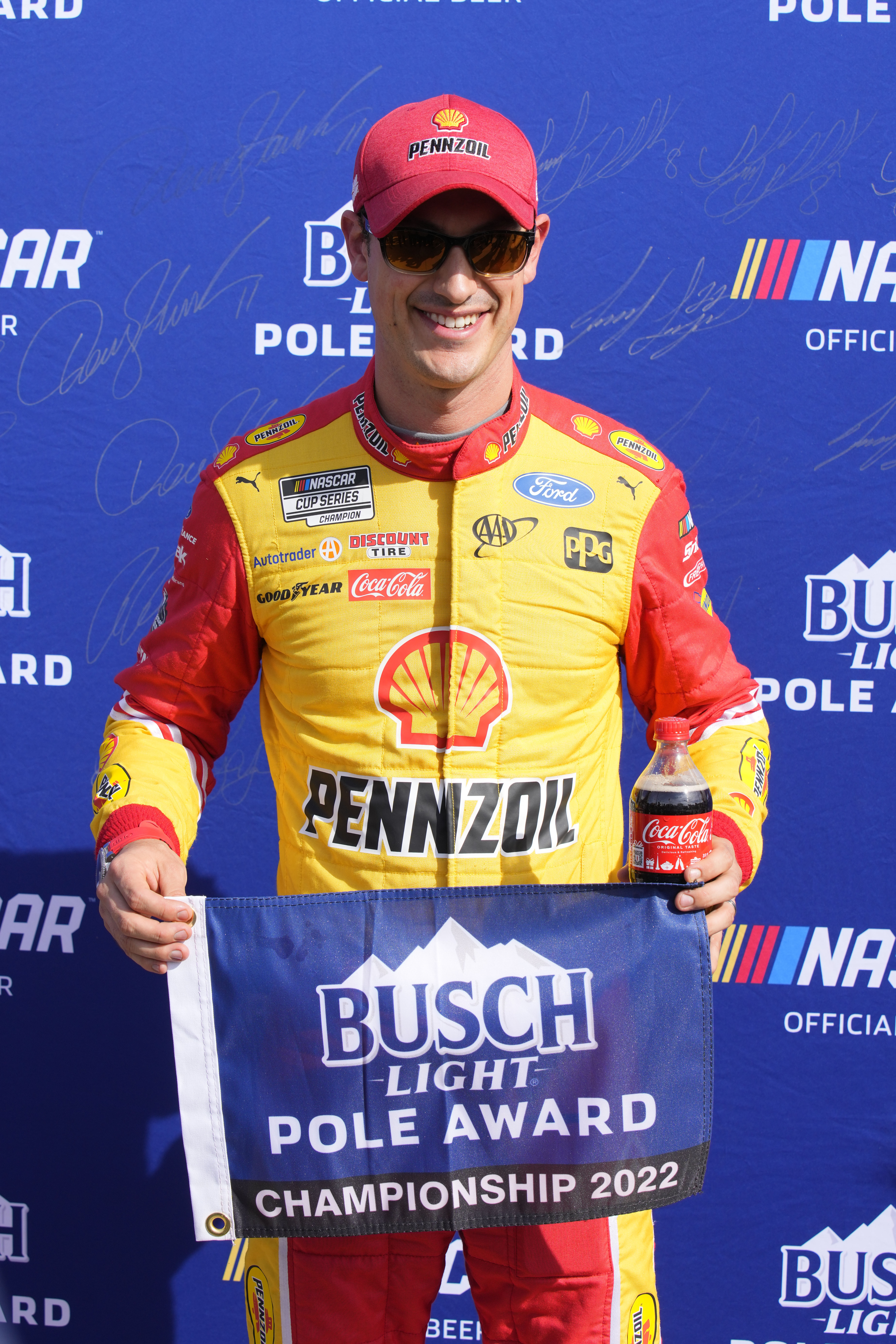 Joey Logano poses for the media after winning the pole for a NASCAR Cup Series auto race Saturday, Nov. 5, 2022, in Avondale, Ariz. The race is for the championship on Sunday. (AP Photo/Rick Scuteri)