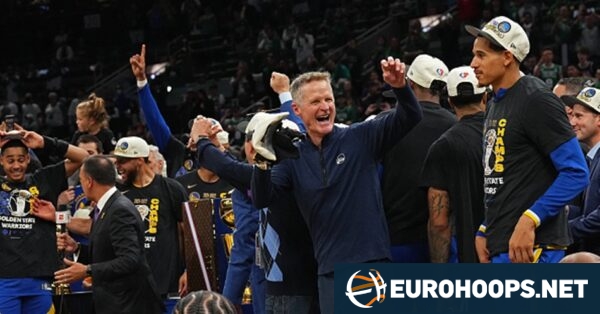 After that Stephen Curry, Draymond Green, Klay Thompson, and Andrew Wiggins were all sidelined in the latest Golden State Warriors game against the New Orleans Pelicans, Steve Kerr sympathized with fans who couldn’t watch their favorite superstars.

“People are spending good money to see a team, and then someone doesn’t play? That’s not something I’m ignorant of. I know that is painful”, the Warriors‘ head coach said.

However, there’s nothing they can do about it. “The player’s health is the No. 1 factor in our team’s success and even in our fans’ satisfaction in the long run because we want to keep guys healthy throughout the season”, Steve Kerr said about an eventual shorter NBA that would benefit everybody.

He proposed a possible solution to this problem. “Ideally, it’s a 65-game season and everybody plays every night. But good luck getting that passed. Maybe 70”, he added.