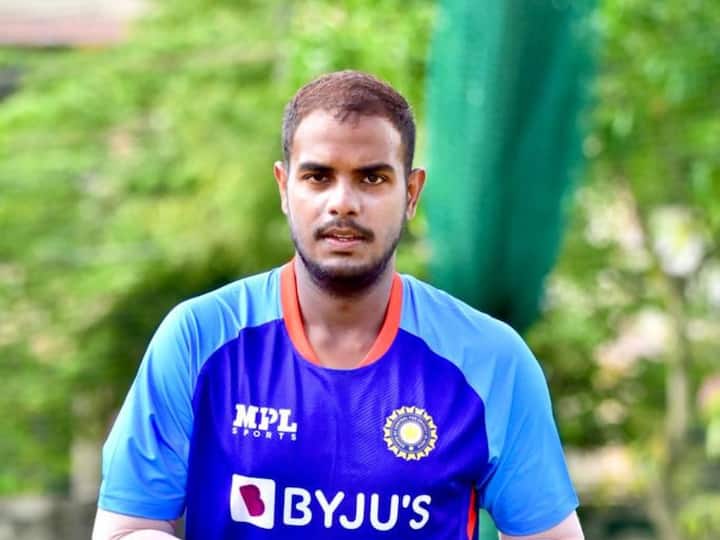 He had loved to play cricket since childhood, and played it well, but had never thought he would be representing his country one day. He had never even played in junior-age group tournaments. But the boy from Uttar Pradesh’s Prayagraj is now all set to play for India. Yash Dayal calls it a “massive moment”.

Chetan Sharma, chairman of the All-India Senior Selection Committee of BCCI last week declared the squads for India’s upcoming series against New Zealand and Bangladesh. Yash, the left-arm speedster from UP made it into the Indian squad for the series against Bangladesh.

Yash was in Delhi for training when he came to know that he had got selected for the Indian team.

In an exclusive conversation with ABP Live, he said, “I was flabbergasted and was not able to react so I immediately video-called my parents…they were very emotional. It’s a massive thing for me.”

U-23 To India Team Via Ranji And IPL

The journey was never a cakewalk for Dayal as he never got selected for  U-14, U-16, and U-19 teams. He was depressed because of that. And once he was over the age limit of 19, Yash started to doubt himself.

“I felt what if I won’t play anymore? I was surrounded by negative thoughts. But then eventually, I came up with a plan that from now onwards I will be training systematically. I increased the intensity of my training. After a lot of hard work, I finally made it into the Uttar Pradesh U-23 squad. Then in one of the matches, I scalped eight wickets followed by five wickets in another match. I ended up getting into the Ranji squad. From then onwards, I never played junior cricket,” Yash said.

After a string of good performances in the domestic circuit, Yash became a part of IPL. Gujarat Titans roped him in by paying ₹3.2 crores in the IPL 2022 mega auction. He scalped 11 wickets in nine matches and was a part of India’s squad as a backup player after a Covid outbreak during the ODI series against West Indies.

Yash recollected that moment and said: “I still remember I was sitting in front of the television and the first day of the auction was concluded. On the second day, my name appeared. And then teams started bidding and Gujarat Titans ended up roping me in. I was numb and was not able to think properly. It was a dream come true moment.” He added: “My family members were elated when I called them. I started jumping, running inside my room. I am running short of words now. When I got into the dressing room, I was really nervous. I always used to watch them on television and at that particular moment, I was playing with them. I could not believe that I was there. Everybody from the team made me comfortable and encouraged me to do well.”

‘Had To Choose Between Cricket And Academics. I Chose Cricket’

The 24-year-old pacer started playing cricket when he was in Class IV. He had always been intrigued by the game, and his father also realised that he wanted to pursue cricket at the professional level. His father was a cricketer too who played in the Vizzy Trophy.

“When I was in my 10th standard, I had to choose one thing between cricket and academics. My family never pressurised me for anything, and I opted for cricket. They have always supported me in my ups and downs,” he shared with ABP Live.

In the 17 First Class matches that Yash has played so far, he has notched up 58 wickets. He represented his state in 14 List A matches where took 23 wickets. He has also played 30 T20I matches, picking 29 wickets.

Asked how it feels to be able to share the dressing room with legends like Virat Kohli and Rohit Sharma, Yash said: “I have seen Rohit bhaiya, Virat bhaiya on television and now I am going to share space with them. It’s a massive moment for me. They are an inspiration.”