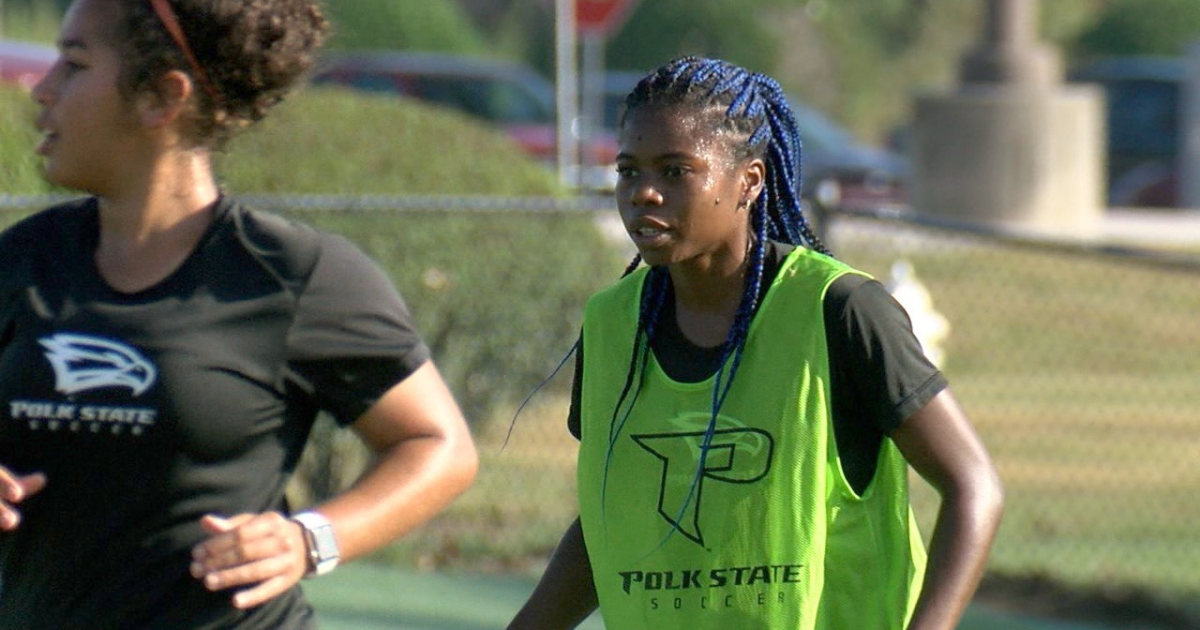 “As a team, we are so proud of each other,” Polk State defender Sara Estrada said.

With each “W,” the Polk State women’s soccer team (17-1) rewrites the history books.

“We know we wouldn’t be here if it wasn’t for each other,” Estrada added. “We deserve this, too. It’s been a lot of work.”

Hard work, indeed. The team was winless in 2019 (0-9-1), but in just three seasons, the team’s new head coach Jess Belli has turned the Eagles into a perennial winner.

“Every single girl that is here, whether they were here for three years or one year, has a piece in us turning this program around,” Belli said. “It’s something we’ve all done together.”

Polk State is 37-8-1 over Belli’s three seasons as head coach.

Completing the rebuild, Polk State has lost just one time this season. The Eagles also captured Region and District titles and claimed a spot in the NJCAA National Tournament for the first time in 13 years.

“I feel very passionately that no one has ever arrived,” Belli said. “I feel that way about myself. Every single year I spend time talking to each of the girls finding out what we can do better, what can make the experience better for them.”

The team has seven international student-athletes from four different countries, including Celine Ottah, who has been a member of the Nigerian Women’s National Team. Despite different languages and different cultures, they all speak the same language of soccer.

“It’s fun because I probably wouldn’t get the chance to meet anyone from out of the country if it wasn’t for soccer,” Johnson said. “They are all from different places; they teach us new things. We all just get really close. When we have to say goodbye, it’s really sad.”

Winning will delay that inevitable goodbye just a bit longer.