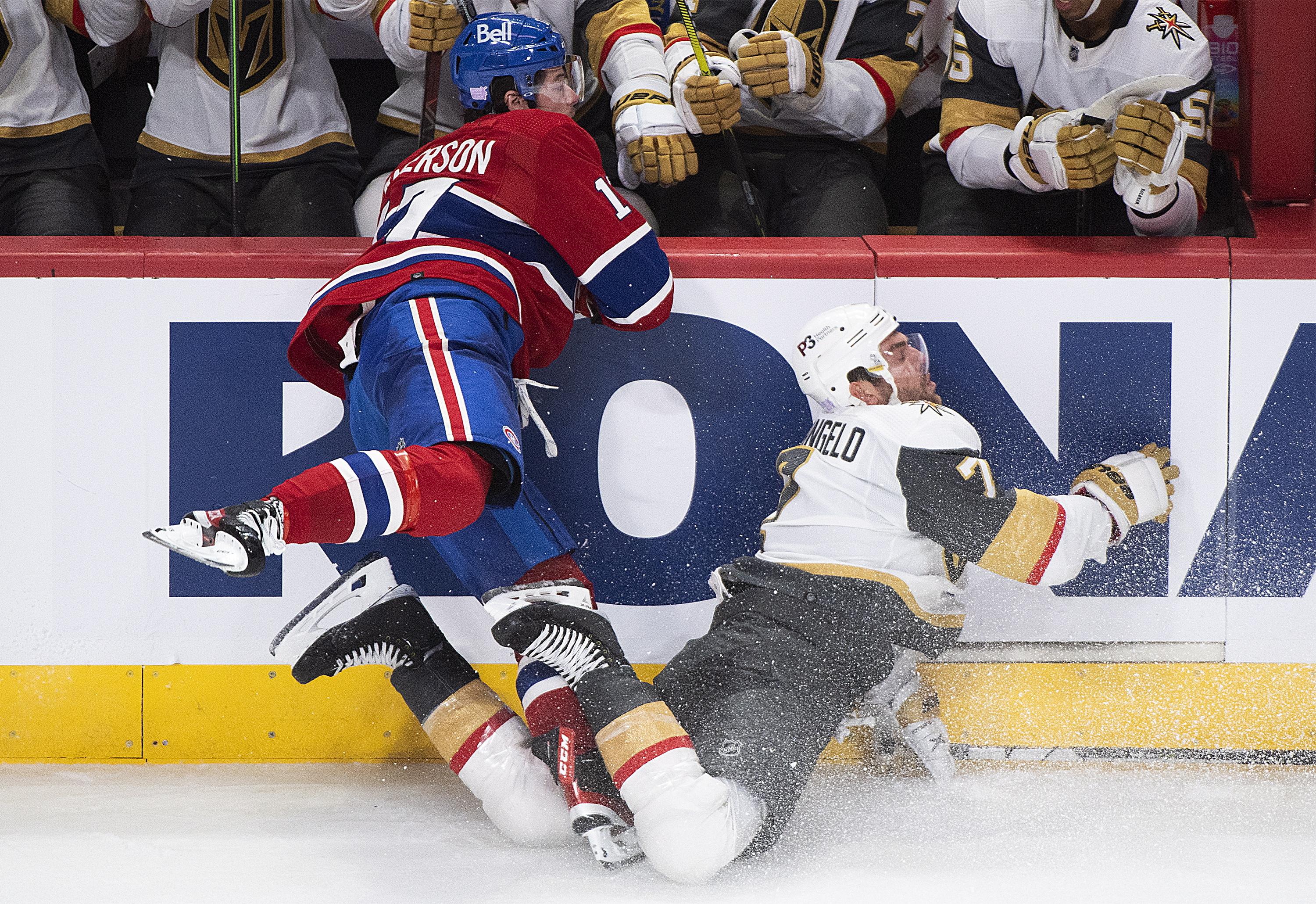 The play occurred midway through the third period of the Golden Knights’ 6-5 win over the Canadiens on Saturday night when Anderson hit Pietrangelo into the side boards from behind after the defenseman had already given up the puck.

Anderson received a boarding major and game misconduct penalties on the play, resulting in an ejection for the latter.

He will miss the Canadiens’ games at Detroit on Tuesday night and against Vancouver on Wednesday.