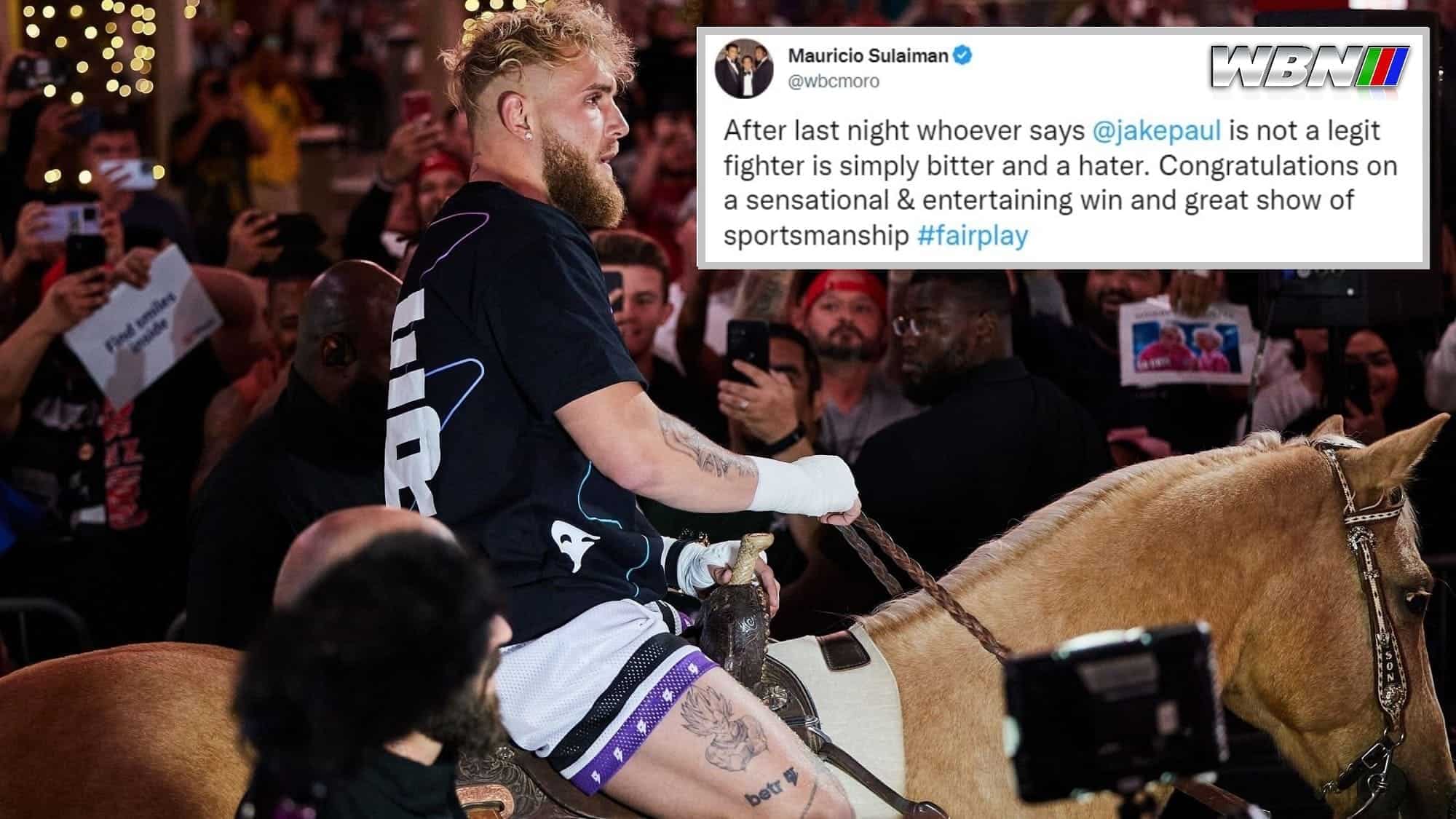 Sulaiman, who could rank the YouTuber this week at the 60th WBC Convention, took to social media after Paul beat a nearly 50-year-old non-boxer, Anderson Silva.

Back Jake Paul, or you’re a bitter hater

He said: “After last night, whoever says Jake Paul is not a legit fighter is simply bitter and a hater.

“Congratulations on a sensational and entertaining win and a great show of sportsmanship.”

Now, judging by his post and logic, that makes World Boxing News a bitter hater. Not only that but a few others in the sport too.

Some of whom reacted to Sulaiman’s views.

Dan Cannobio of CompuBox responded with sarcasm locked in: “Mauricio, I saw shades of a prime Ali last night.”

“Anyone who doesn’t share your opinion re Jake Paul is bitter and a hater? His professional boxing resume includes exactly ZERO professional boxers. You are usually much more measured with your words: Saludos, amigo.

“Jake Paul has done something no one else has done. He deserves all the credit for that.

Another stated: “When he beats an actual boxer under 40 instead of washed UFC guys, let us know.”

A third said: “He has not fought a boxer. Sanction a bout with a ranked boxer. Then you can tell he is a legit boxer.

“Why is he calling out Nate Diaz? All for the money. Mauricio, don’t act as though you don’t know boxing. That was an exhibition, not boxing.”

Others are worried a ranking might be a precedent the sport cannot undo. It may drive the die-hard fans who keep the sport alive away from boxing.

“I know you want those sanctioning fees, but the issue is not him being a legit fighter anyone who steps in that ring is legit. But he is NOT a good boxer. Don’t turn it into what it’s not for a narrative.”

At the Convention, Tuesday is penciled in as the day boxing fans hold their breath to see if Paul enters the cruiserweight or light-heavyweight list.

If he does, the WBC could face a massive backlash as its credibility comes into serious question. It would be far worse than anything done by the WBA through its questionable rankings system.

Beating MMA stars Tyron Woodley and then Silva with a debatable right hand via unanimous decision and bragging he can become world champion is not on the list of credentials needed to be rated.

You have to beat other boxing opponents in the process to reach the coveted Top 40. It’s not a right of passage due to subscribers gained.

Tommy Fury would be a start. However, there’s much more work to be done once he does have the first fight against a real boxer.