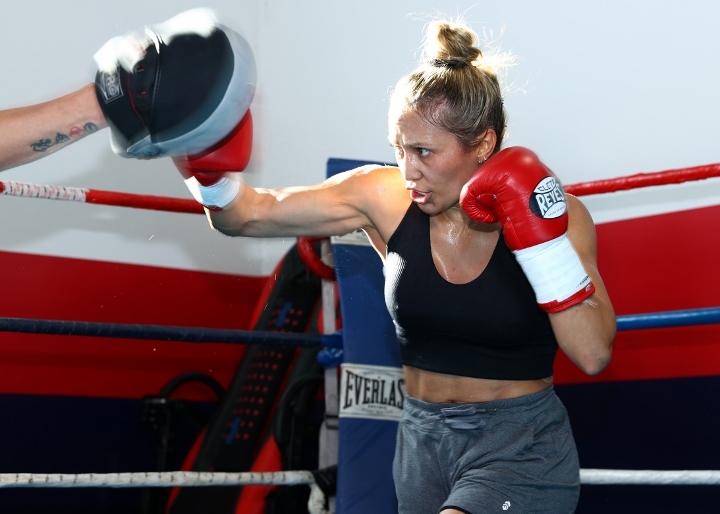 After nearly 11 months out of the ring, Seniesa “Super Bad” Estrada is ready to make up for lost time. Estrada, who signed a long-term promotional pact with Top Rank earlier this year, will defend her WBA minimumweight world title Saturday against Jazmin Gala Villarino at Pearl Concert Theater at Palms Casino Resort in Las Vegas. (photos by Mikey Williams)

Estrada-Villarino will serve as the co-feature to the WBO middleweight world title fight between reigning champion Janibek “Qazaq Style” Alimkhanuly and British challenger Denzel Bentley. Promoted by Top Rank, in association with Frank Warren’s Queensberry Promotions, tickets starting at $25 are on sale now and can be purchased at Ticketmaster.com.

Alimkhanuly-Bentley, Estrada-Villarino, and undercard bouts will stream live and exclusively on ESPN+ in the U.S. 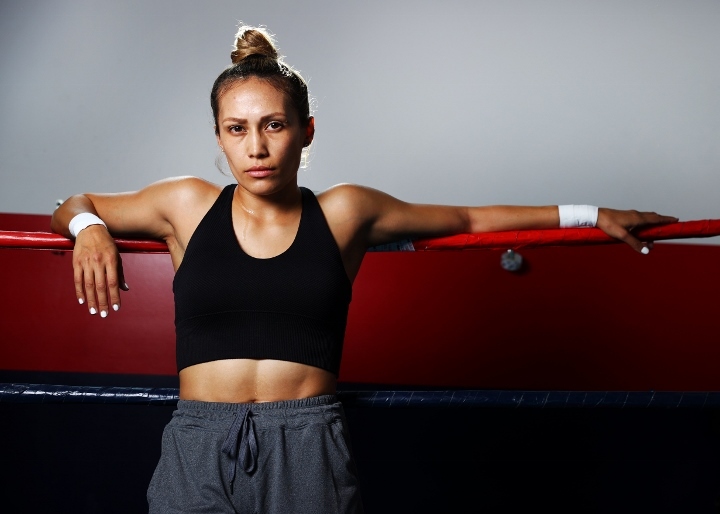 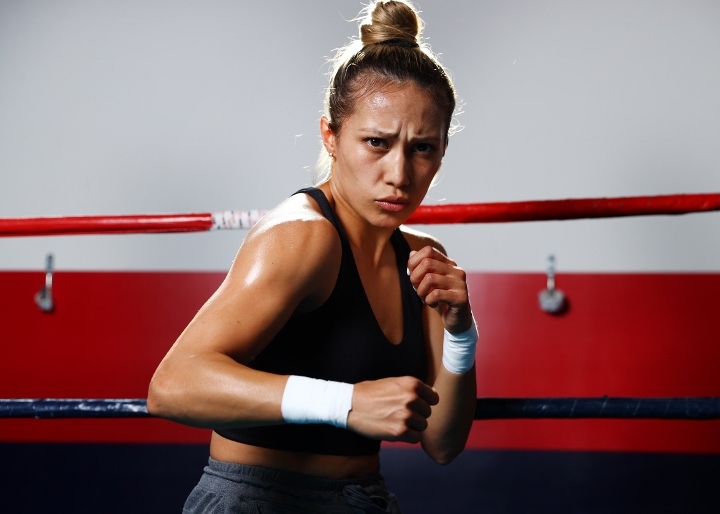 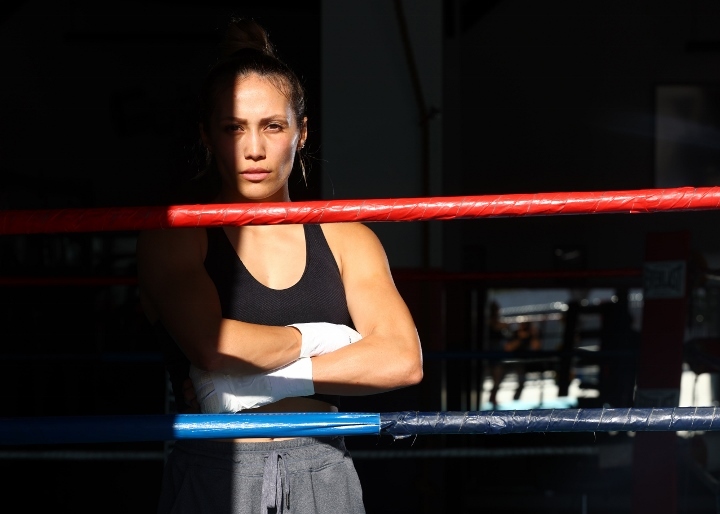 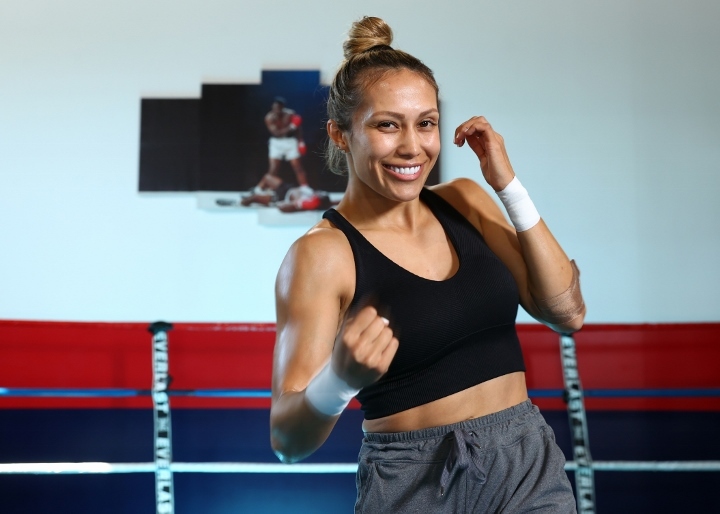 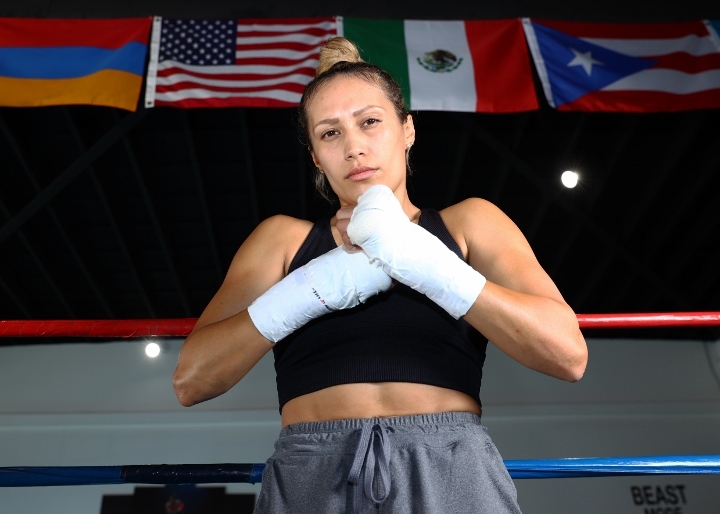 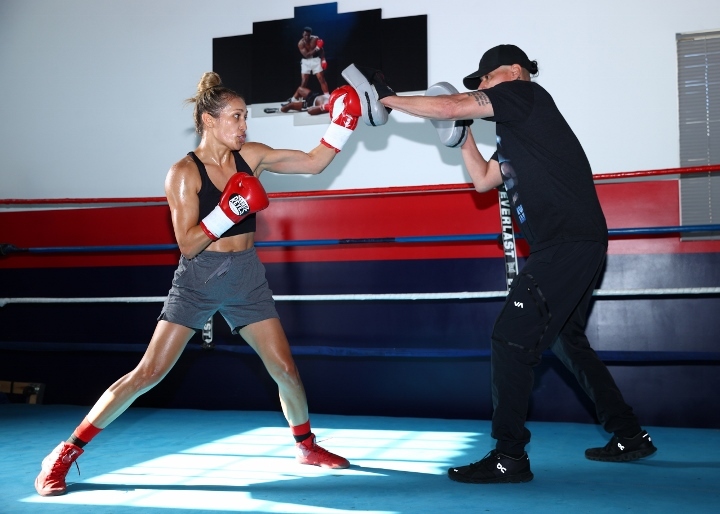