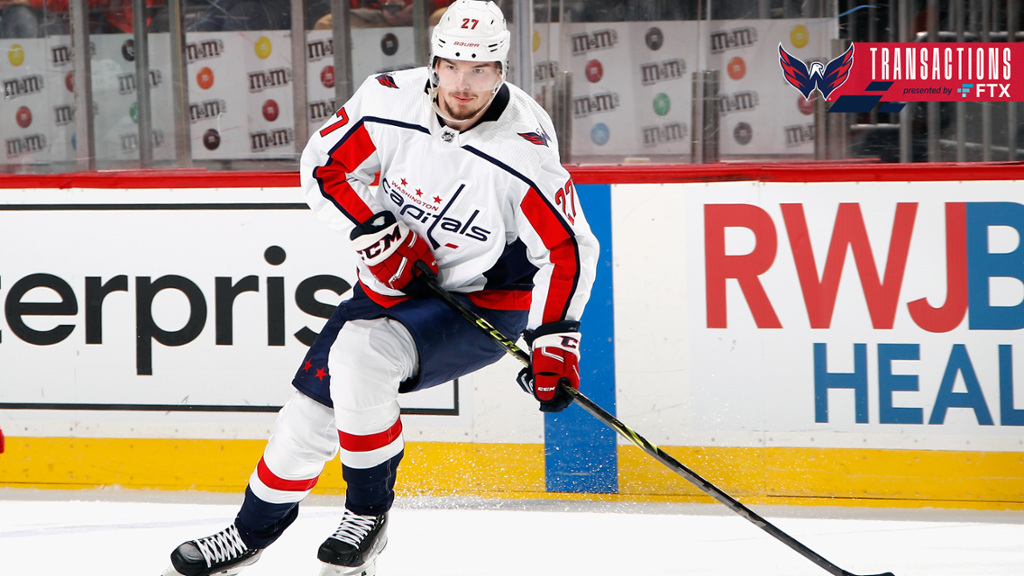 Johansen, 24, made his Capitals season debut on Monday against Edmonton and has scored one goal in six games with Hershey this season. Johansen made his NHL debut and recorded his first career point on Dec. 31, 2021 against the Detroit Red Wings. The 6’2″, 180-pound defenseman recorded 28 points (8g, 20a) in 62 games with Hershey during the 2021-22 season, establishing AHL career highs in goals, points and plus/minus (20). Johansen finished the season ranked first among Hershey defensemen in plus/minus and second in goals, assists and points. In 201 career AHL career games with Hershey, Johansen has recorded 74 points (18g, 56a). The Capitals selected Johansen with their first-round pick, 28th overall, in the 2016 NHL Draft.

Alexeyev, 22, has recorded one assist in four games with Hershey this season. The 6’4″, 215-pound defenseman was selected by the Capitals in the first round, 31st overall, in the 2018 NHL Draft and made his NHL debut on Dec. 29, 2021 against the Nashville Predators. Alexeyev recorded 19 points (1g, 18a) in 68 games with Hershey last season. The St. Petersburgh, Russia native ranked second among Hershey defensemen in penalty minutes (51), tied for second in games played (68) and third in plus/minus (6).