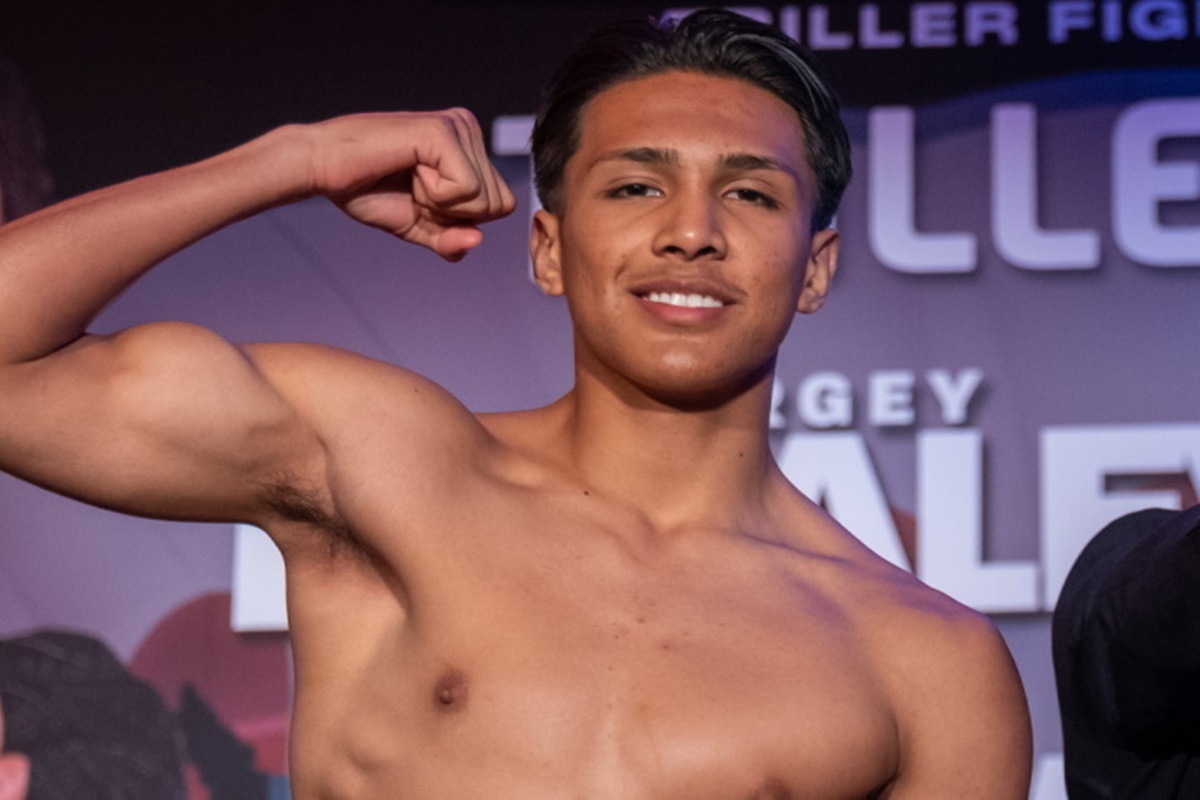 If you recognize the last name, you should.

His father, former world champion Fernando Vargas, was one of boxing’s most popular fighters from the late 1990s to the mid-2000s.

Emiliano’s two older brothers are also undefeated boxers. Fernando Vargas Jr. is 6-0, with 6 KOs, and Amado Vargas is 4-0, with 2 KOs. Will they be next to ink with the legendary Las Vegas-based promotional firm?

Emiliano made his successful pro debut in April and will now look to have a strong Top Rank kick-off on November 12 in a 4-round bout at Pearl Concert Theater at Palms Casino Resort in Las Vegas.

The fight will be part of the undercard for the night’s doubleheader main event, which includes Kazakhstan’s Janibek Alimkhanuly against England’s Denzel Bentley in a WBO world middleweight title fight. In Los Angeles, Seniesa Estrada defends her world minimum weight title against Argentina’s Jazmin Gala Villarino.

While the Vargas surname might open a few doors for a boxer, there can also be a lot of pressure attached to the expectations in the shadow of a famous father – now his trainer. But the youngest fighting Vargas seems more excited than anything else to make his own mark in the sport that made his pop famous.

In a recent press release, he said, “I can’t wait to fight. The legacy is everything, but at the same time, I am here to write my own story and make my family proud.”

Vargas will look to stay busy under the Top Rank umbrella, but at 18, the Oxnard, California native, now living and training in Las Vegas, certainly has time on his side. While Top Rank will look to move him at a measured pace, he knows he has to impress each and every time out.

“It’s about how I perform, but Top Rank will help me get to that next level.”

While Vargas is looking to impress and make his own mark, he is also very proud to be attached to his father’s legacy.

“This is my legacy as much as my dad’s”, he said. “This is something that is so deeply embedded in my family and as a Mexican. I want to be a Fernando Vargas, a Julio Cesar Chavez. There is something so beautiful about a whole country having your back. I’m proud of my roots. I can’t wait to perform and have the fans embrace me just like they embraced my dad.”

His father and trainer, Fernando, took the family name to legendary heights during his time in boxing. Emiliano is looking to continue that legacy – the next step on that journey starts November 12.