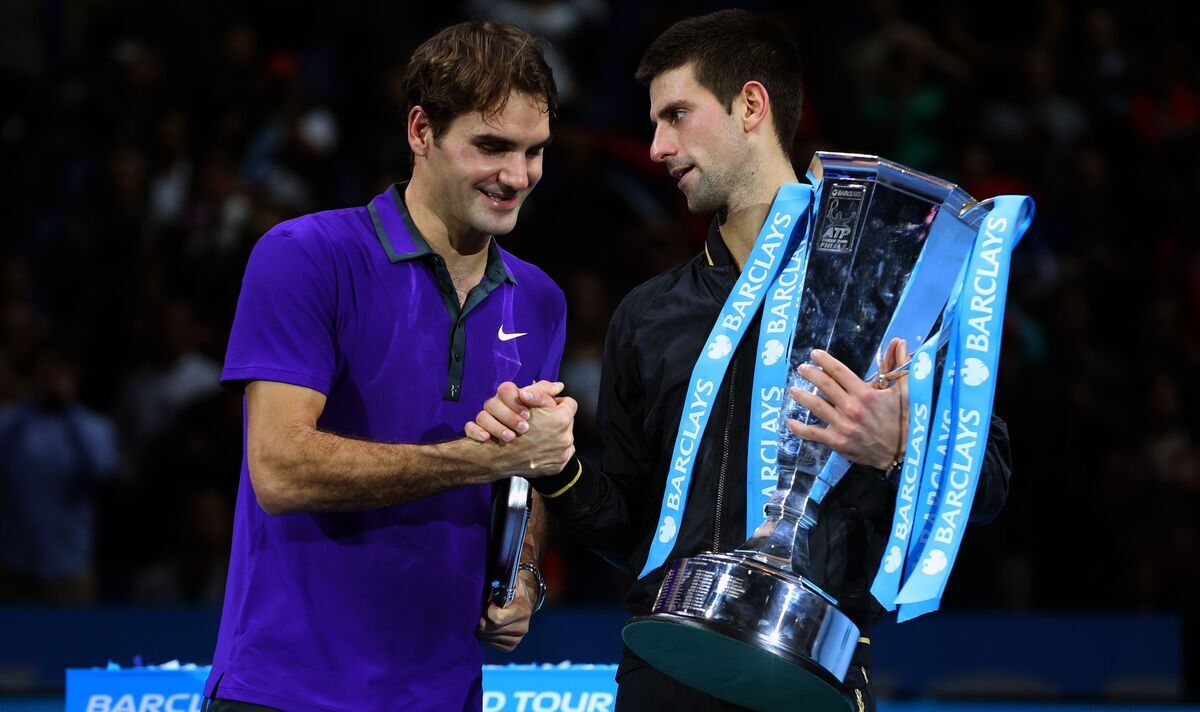 Novak Djokovic has opened up on his most memorable match win at the ATP Finals as he bids to match Roger Federer’s record of six titles this year. The world No 8 learned his fate in Turin on Thursday as he was drawn in the Red Group and avoided Rafael Nadal, meaning he could face his biggest rival in the semi-final or final. And it could end up working in his favour as the Serb admitted his best-ever ATP Finals match came in a past final against another one of his main rivals in Federer.

The final tournament of the season begins on Sunday and fans have been denied the chance to see Djokovic and Nadal face off in the round-robin stage after the world No 8 was drawn in the Red Group while the Spaniard heads up the Green Group as the top seed. It means they can only face off in the knockout stages of either the semi-finals or final, which will likely serve as better motivation for the Serb as he revealed his most memorable match came in the 2012 final against Federer.

“I think my win against Roger in the finals at the O2 [in 2012],” Djokovic told the ATP when asked what his most special win had been. “I won a tight two sets… Both sets were really decided in a few points, it was small margins that separated the two of us.”

The five-time ATP Finals champion is bidding to tie the Swiss star on a record six titles at the season-ending tournament, taking away one of Federer’s records just two months after the 41-year-old retired. And he could benefit from facing Nadal in the knockout stages instead of the round-robin with more on the line, as a loss in the group stage does not mean automatic elimination from the tournament.

The 35-year-old had downed Federer 7-6(6) 7-5 to win what was his second title at the ATP Finals, and it may be another of his Big Three rivals standing in the way of another crown at the top-eight tournament this year. Djokovic recalled their “unpredictable” rivalry as he looked back on the final from a decade ago, something also present in his matchups with Nadal.

He continued: “When I played Roger, it was always really unpredictable who [would] take the win,” reflected Djokovic. “You know that he is always going to push you to play your best tennis in order to win, and he is always performing at the highest level.

“So that [win] was very special, particularly the last shot when I made a down-the-line passing shot on match point to clinch the victory and the title. That was a special feeling.” If Djokovic is to come up against his other main rival in Nadal, the Serb will be at an advantage having played in the new host city of Turin last year while the world No 2 was absent.

The world No 8 explained that the conditions in the Italian city were unlike those in the previous host venue of London’s O2 Arena, and couldn’t even be compared to the penultimate tournament of the season in Paris-Bercy. “I had really good group stage matches,” Djokovic said of the inaugural year in 2021.

“I won all three of them, then lost in the semi-finals against eventual champion Zverev. It’s played at altitude, so different conditions from Paris-Bercy or any big lead-up event, and that’s why it’s always good to come a few days before and get some training in.”