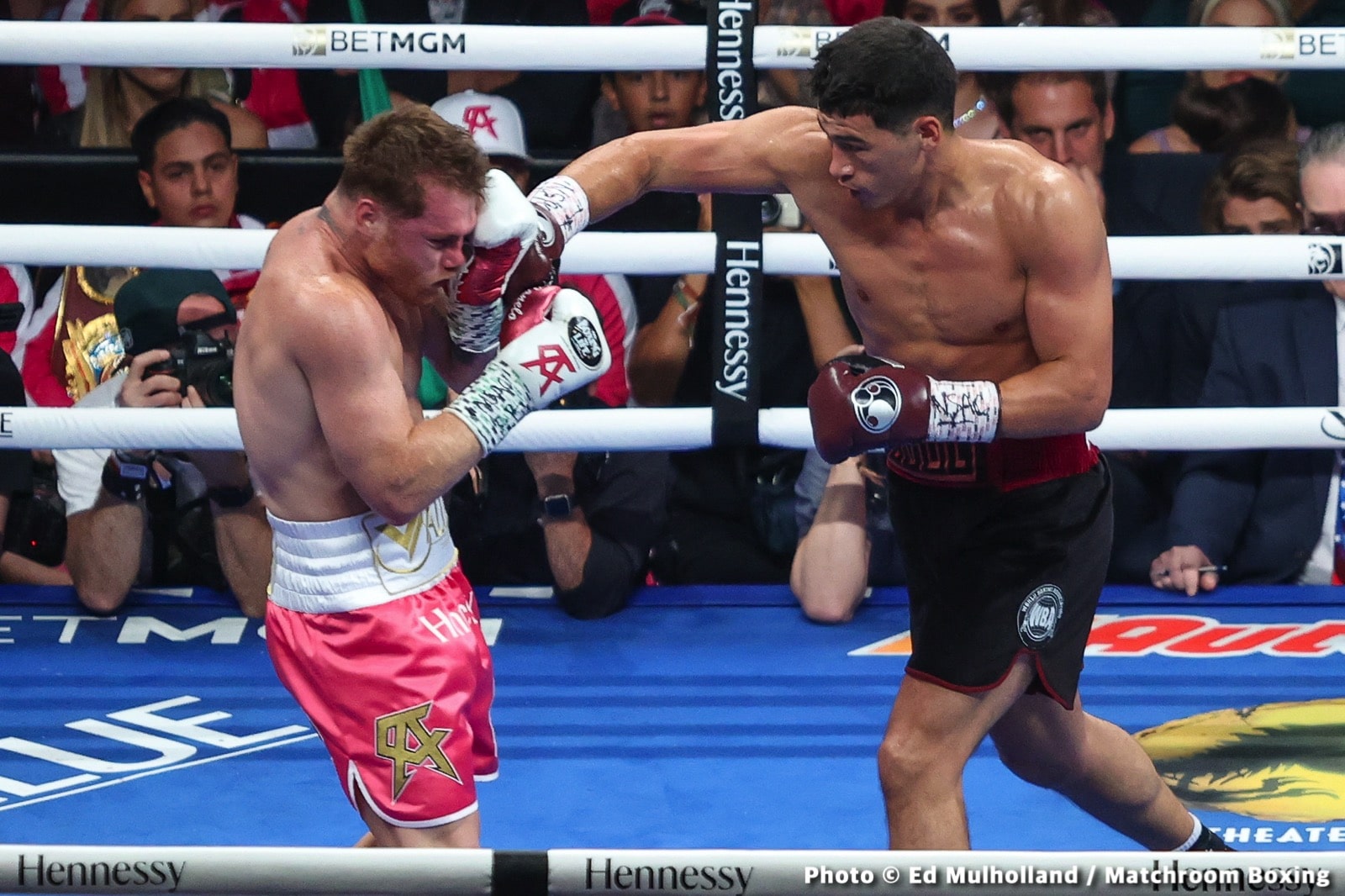 By Sean Jones: David Benavidez says Canelo Alvarez needs to face Dmitry Bivol at 175, not 168, for their rematch next year because he lost to him at light heavyweight.

Benavidez acknowledges that Canelo is the “cash cow”, but he doesn’t understand why he would make the WBA 175-lb champion Bivol (21-0, 14 KOs) come down to 168 for the rematch rather than fighting him in the division that he lost the fight.

Also, Benavidez says that Canelo (58-2-2, 39 KOs) won’t be better off fighting at 168 against Bivol because the Russian fighter will be faster and more elusive than he was at 175.

In other words, Bivol won’t be drained from coming down in weight to 168 if that’s Canelo’s grand scheme to try and win the rematch.

“I don’t think anything is going to change,” said David Benavidez to Fighthype when asked about a rematch between Canelo Alvarez and Dmitry Bivol.

“He’s been motivated. I don’t think he wasn’t motivated for the fight. I just think Bivol is a better fighter and a better counterpuncher. He’s an all-around better fighter.

“Canelo is going to have to fight Bivol like he did Golovkin. How he fought Golovkin is how he did with Bivol. He has to throw more. When he fought Bivol, he was trying to chop down on that arm and land one big shot.

“He [Canelo] was on his high horse from knocking out Caleb Plant and Callum Smith and just fighting like that. He thought he could fight like that against everybody, but he can’t. He has to change his style with Bivol, and the way he does that, I don’t know.

“That’s his problem. He’s going to have to figure that out. I think so because he’s one of those guys that it wouldn’t be a nasty weight cut. He walks around at 185, so he doesn’t need to cut much weight. If anything, I think he’ll be faster,” said Benavidez about Bivol.

“He won’t be as strong, but he’ll be faster and more elusive. So I think that will be even worse for Canelo. I think if he’s going to fight him again, he has to make it at 175. Why is he going to make the guy [Bivol] that won come down to his weight class?

“I understand that Canelo is the cash cow, but he got beat. Canelo told Bivol that he was going to come up to 175, and he got beat at 175. So why would he do a rematch at a lower weight class?” said Benavidez.