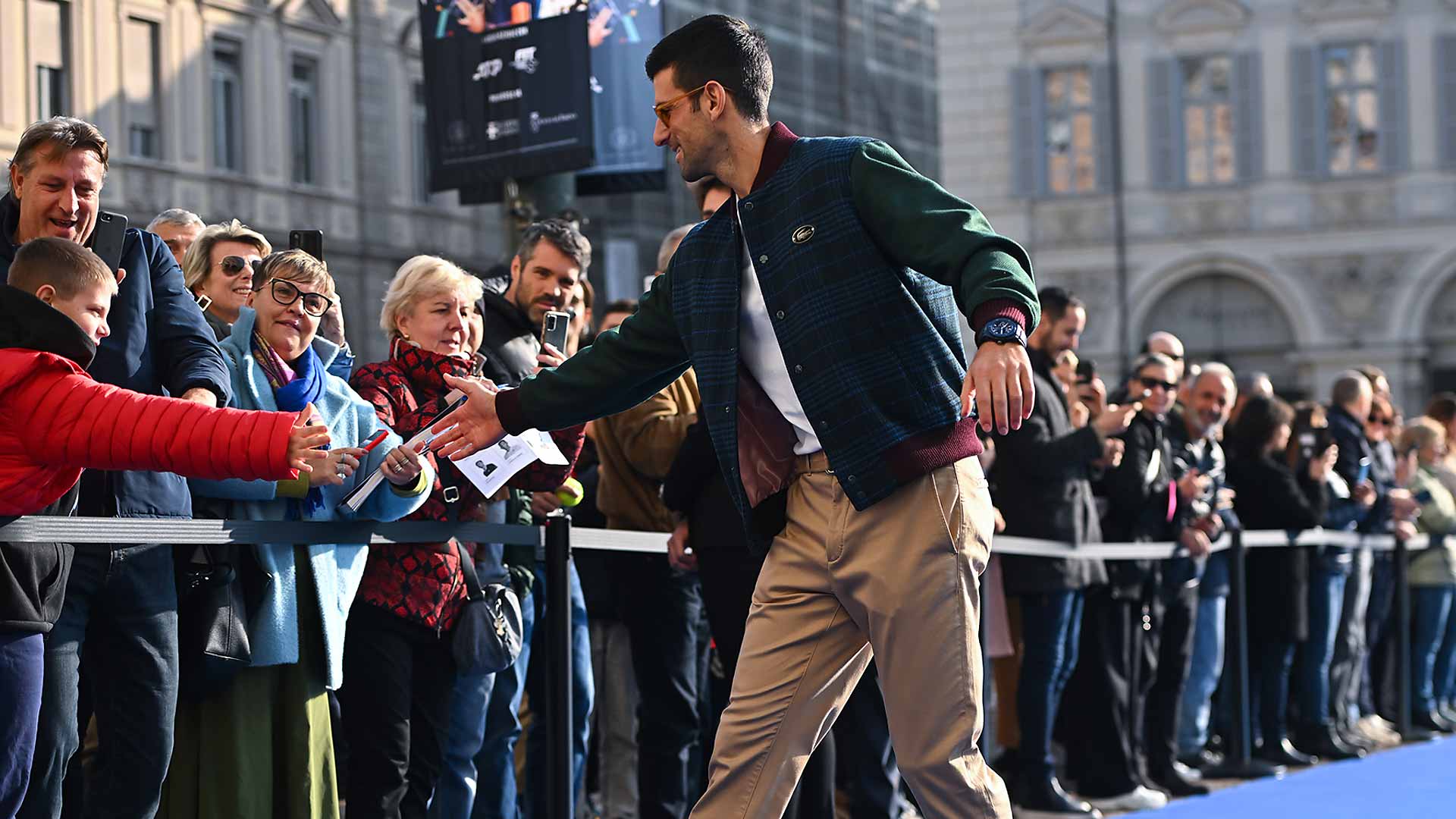 A four-time tour-level champion in 2022, Novak Djokovic is eager to round his year off with a flourish at the Nitto ATP Finals.

“[It would be] a perfect ending [to the season],” Djokovic told ATP Media on Friday. “The cherry on the cake, for sure, but it’s a long way. It’s a long week.”

The Serbian is excited by the challenge of taking on seven of the ATP Tour’s finest in Turin as he bids to equal Roger Federer’s record of six Nitto ATP Finals crowns.

“You’ve got to play the best players in the world [here],” said Djokovic. “You have to play more or less everyone in this tournament at least once, so I look forward to it. I’ve had experience in this tournament, in this format, many times and hopefully that can serve me in a good way.”

The prestigious season finale represents a unique stop on the ATP Tour, both on and off the court. The round-robin format guarantees each a player a minimum of three matches in Turin, while Djokovic has also been impressed with the buzz that has overtaken the Italian city as eight of the world’s best players gather to do battle at the Pala Alpitour.

“Today is really a beautiful day and it’s very nice to see that many people out on the streets to welcome us in this beautiful city of Torino, where the [Nitto ATP Finals] was hosted for the first time last year,” said the Serbian. “This is where we are going to have it for five years, and I think it is a great setting, a really wonderful arena.

“[There was] a great attendance last year… [We are] feeling really welcome and feel that we are being treated in a special way. It’s something great for each of us individually, but I think also for this event, for tennis, which has been a popular sport in this country [and] this city as well for quite a few years. It’s really nice to see that there is attention around players.

“There is a hype around this tournament. It’s the last week of the year on the Tour, it’s kind of a last sprint, if you will, for all of us. From the very first match you are going to have extra high intensity, so each one of us is trying to get ready as best as possible but also to enjoy these few days before the tournament starts.”

Djokovic kicks off his campaign with a third tour-level meeting in the space of five weeks against Stefanos Tsitsipas. Despite triumphing in both of his recent clashes with the Greek, the seventh seed is more than aware of the size of his opening task in Red Group.

“I played him in the past two tournaments I played, in the final in Astana and the semi-finals in Paris,” said Djokovic. “Both matches were quite close, particularly the one in Paris. I know that I am expecting a tough match without a doubt.”

Yet Djokovic, the owner of a 37-7 tour-level record this season, is feeling confident as he chases his first Nitto ATP Finals crown since 2015.

“I don’t feel like I’m as young as the other guys [and] it’s been a while since my first participation in the [Nitto ATP Finals], but I’ve been in good shape, I think,” said the 34-year-old. “Particularly in the past four or five months. I’ve won Wimbledon and most of the tournaments that I’ve had indoors prior to the world Tour finals.

“I’m motivated and I’m looking forward to a challenge. I think the intensity is going to be really high, right from the blocks I have to be focused like I’m playing finals. Each match is going to be this way.”