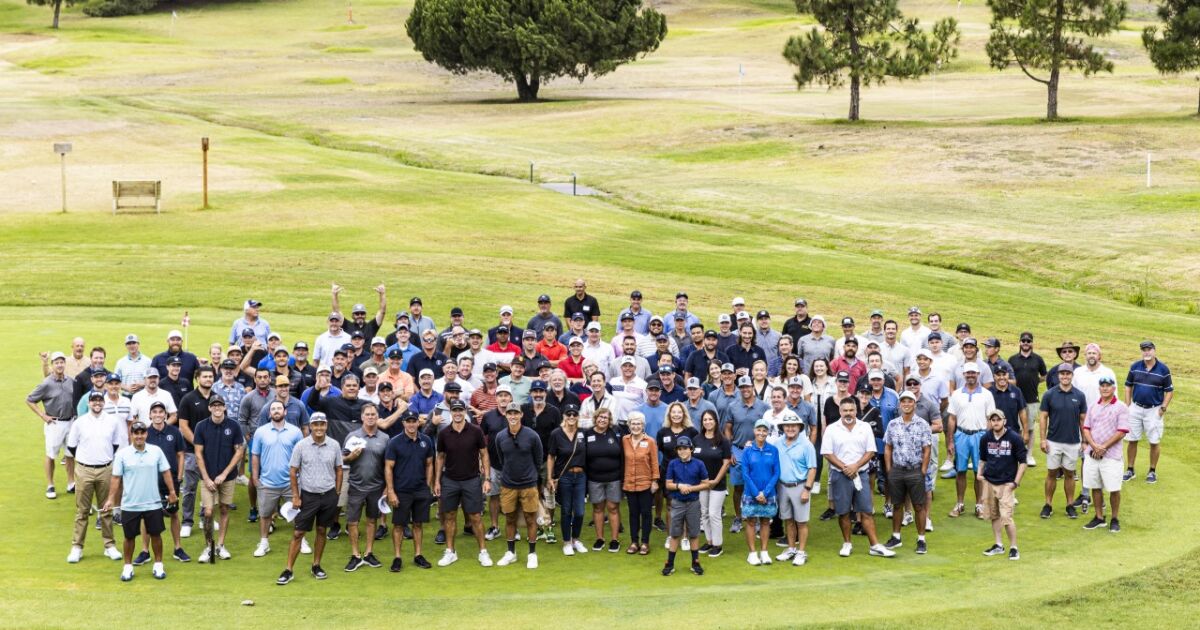 The money raised will support the work of the Oceanside-based nonprofit, in helping the area’s homeless and working poor community members.

The nonprofit was founded nearly 40 years ago, by the late Harold and Kay Kutler, and was inspired in large part by a monk at Prince of Peace Abbey named Brother Benno. It began as soup kitchen in a cottage the Oceanside couple owned on Minnesota and Cleveland avenues.

Since then the nonprofit has grown to provide shelter, food, clothing and encouragement along with a slew of support services, but the mission has remained the same, “to uplift the dignity of those served.”

Since opening its doors in fall 1983, the nonprofit has served nearly 5 million meals and now runs seven drug and alcohol recovery houses.

This year, some of the money raised at the thrift store and by donations, grants and fundraisers, such as the annual golf tournament, has gone to a number of improvement projects.

The Brother Benno Center was renovated and the warehouse was upgraded to improve the efficiency of handling and distributing donated food, not only for its kitchen and pantry for use by their guests, but also for distributing food items each week to an increasing number of other community organizations.

Five of the recovery houses were renovated, two of which had not had significant renovations in more than 15 years, during which time more than 200 program members lived there. Work on the houses included painting the exteriors, new flooring, drywall repair and interior painting, new doors, bathroom renovations, and new beds and appliances. A new roof was installed on one of the sober living houses.

The long-planned renovation of the kitchen and scullery is nearing completion and will provide a welcoming area for guests to come for a meal Monday through Saturday.

“At this time of the year, there is so much to be grateful for. The San Diego community continues to support Brother Benno’s efforts to uplift the dignity of those we serve. Our employees, volunteers, and the wonderful men and women in our recovery program are our greatest gifts. We couldn’t do what we do without these individuals.” said Kathleen Diehlmann, co-president, Brother Benno Foundation’s board of directors.