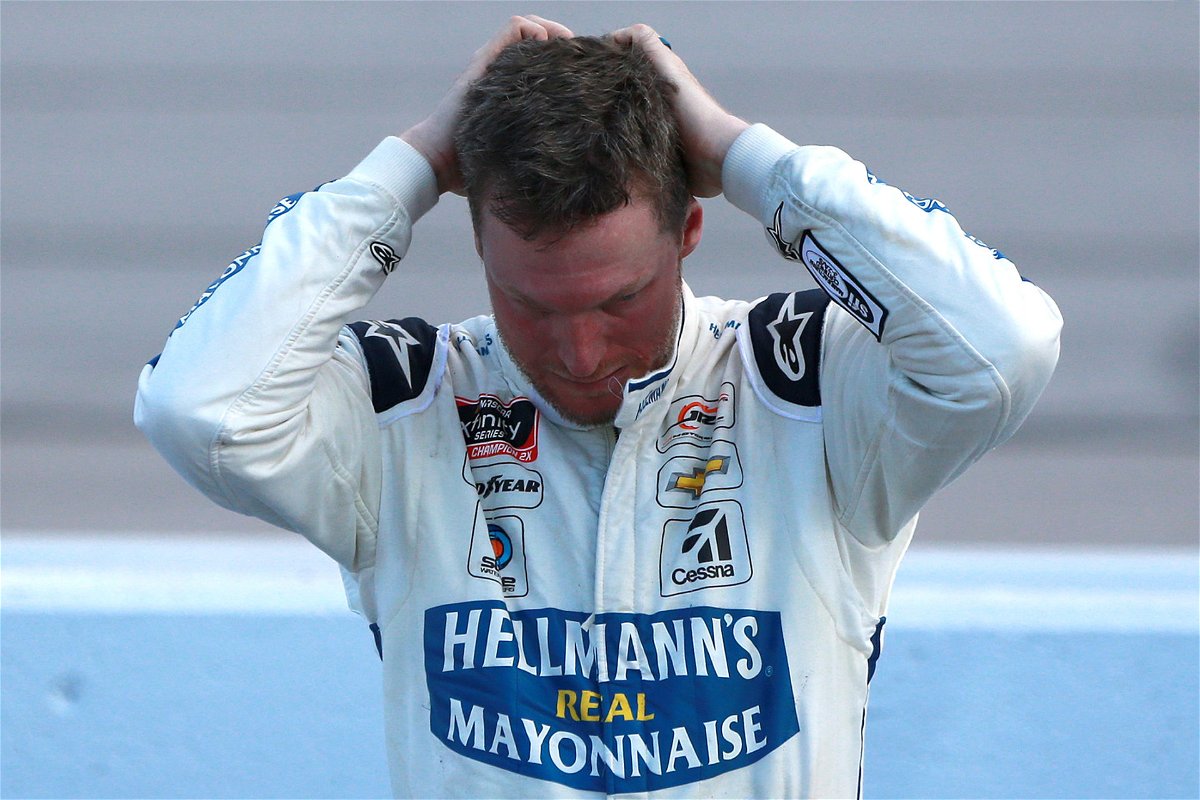 Back in the day when the Car of Tomorrow was introduced into NASCAR, it was met with sharp criticism from both the fans and the drive alike. The initiative was brought under the then NASCAR top boss, Brian France. Recently, Dale Earnhardt Jr released a trailer featuring France where he was asked about the Car of Tomorrow.

When Junior asked, “You mentioned mistakes, would you say that the Car of Tomorrow was one of those?” France responded with a giant smirk.

Previously, France had publicly admitted that the Car of Tomorrow was a big mistake. Brian France has been a controversial figure in the NASCAR world. Aside from introducing the dreaded COT, France has also been heavily criticized for implementing the playoff system.

As fans witnessed France’s cheeky smile when asked if he considered the Car of Tomorrow to be one of his mistakes, they took to Twitter to express their thoughts about the former NASCAR boss.

One fan stated that the Car of Tomorrow felt like something that exists but, one just does not want to accept that it exists in the first place. While another stated, the Car of Tomorrow wasn’t France’s worst introduction into the sport, but it was the playoffs. They also mentioned how Jeff Gordon apparently laughed at France’s face when the latter explained the concept of elimination-based racing in the top flight of NASCAR. However, as we all know France, went ahead with the playoff system.

Brian only had a 12-year-long tenure as the top honcho of the American Stock car racing organization. Who knows what “interesting” things he would have added to the sport if he stayed longer?

Anyone else feel like NASCAR’s Car of Tomorrow is equivalent to Metallica’s St. Anger album? It exists but we just try our hardest to not acknowledge it.

No the COT wasnt Brian France worst mistake it was the introduction of the playoffs. I still remember when Jeff gordon said Brian told him about the idea of a playoffs in nascar and Jeff laughed in Brian France face. A star of your sport laughed. Brian went to implement it anyway

Are you excited about the upcoming Dale Jr Download podcast? Let us know, what aspect of the podcast are you most excited about.

Srijan Mandal is a NASCAR author at EssentiallySports. He is currently pursuing
his Master’s in Journalism and has been writing for his own blog as well,
covering NASCAR, F1, F2, W Series, MotoGP, DTM, IndyCar, WRC, and WEC. Following
motorsports for more than a decade, he has become a devout supporter of McLaren
Racing, Jimmie Johnson, Jeff Gordon, Bubba Wallace, Sir Lewis Hamilton, and
Ayrton Senna.