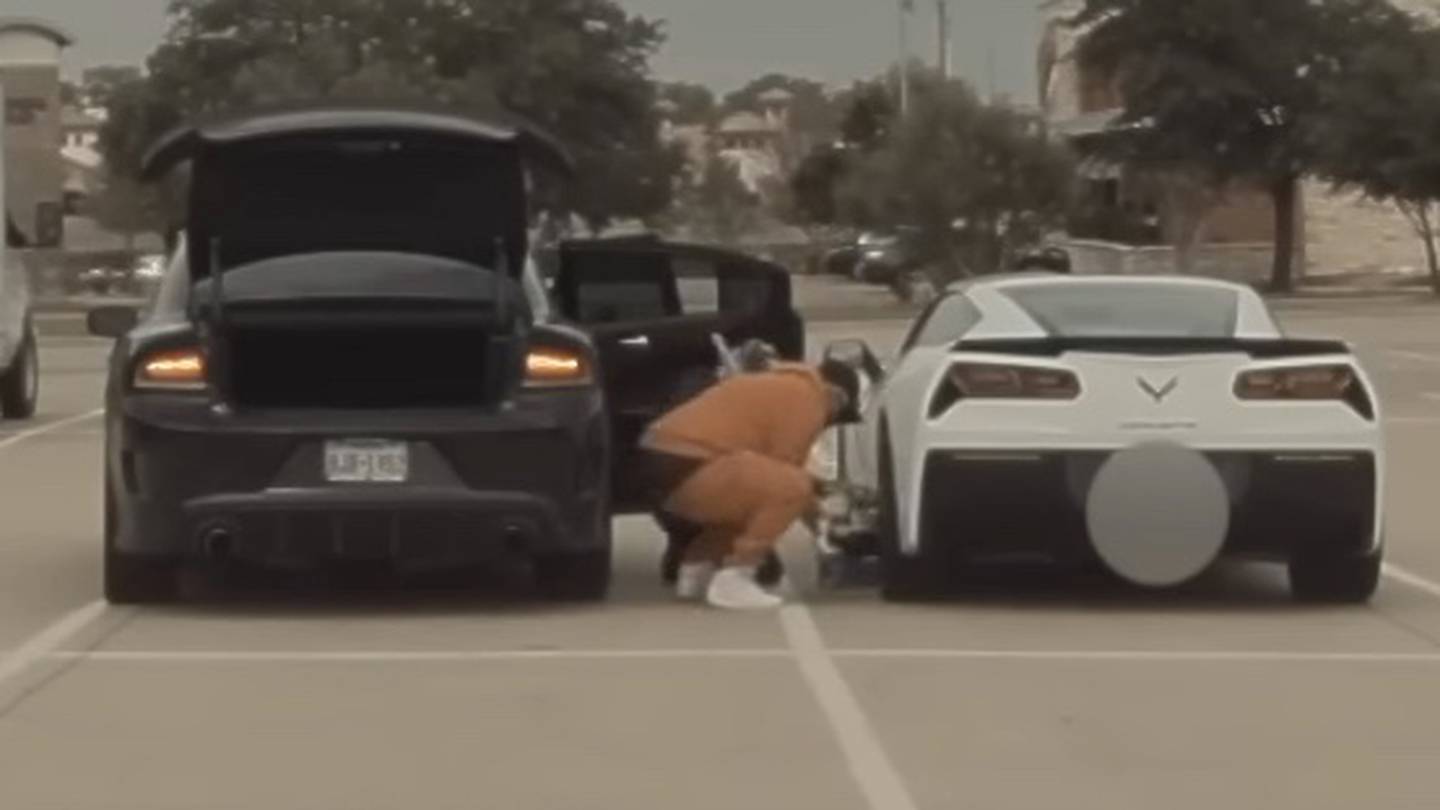 SOUTH LAKE, Texas — A Tesla was parked in the perfect location to record three brazen thieves stealing a tire from a Corvette in broad daylight.

According to a social media post by the South Lake Police Department, a car with three masked men pulled up next to a Corvette in a Texas shopping center parking lot on Nov. 3 around 1:39 p.m.

The thieves can be seen in the video grabbing a car jack from the trunk of their black Dodge Charger and placing it under the white Corvette. As they were lifting the car, the Corvette’s alarm was triggered, sending the thieves into high gear.

“The three look like they’re working for NASCAR with the speed and practice of their theft,” the South Lake Police Department said in the description of the YouTube video of the incident.

The thieves removed the $700 wheel and slipped away less than a minute after arriving.

Police said they ran the license plate, but are asking for help from their community to help identify the thieves.