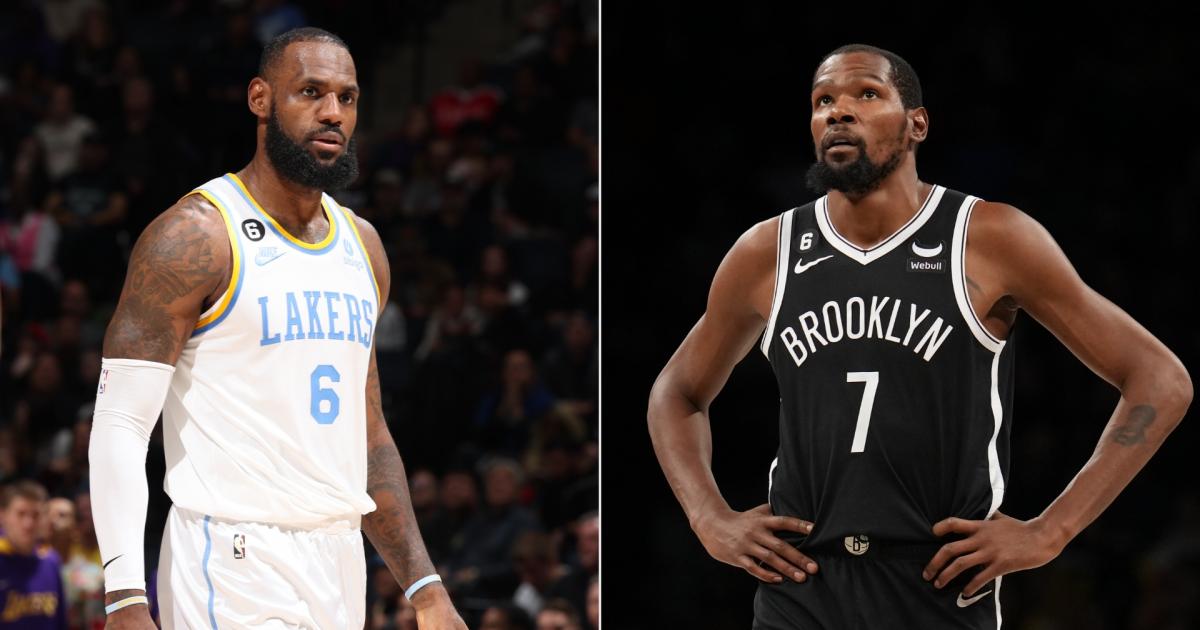 There’s something special about head-to-head battles between Kevin Durant and LeBron James.

Both Durant and James carry the distinction of being talents that are one-of-one, which, to reference Jay-Z, means there were none before them and none to come. That two talents of that caliber could overlap for 16 seasons almost feels too good to be true and that’s partly because, in recent years, it has been.

Not in the preseason, where the Lakers met the Nets twice in 2019.

Not in the regular season, where Durant and James’ teams have met a total of nine times since their last meeting.

Not in the All-Star Game, where Durant and James were leading vote-getters in 2021 and 2022.

And not in the playoffs, though that would now require a fourth meeting between the two in the NBA Finals.

The last time that Durant and James faced one another was on Christmas Day in 2018. Durant was in his final season with the Warriors, and James was in his first with the Lakers. Long before Durant’s plans to head to Brooklyn would materialize, it appeared the rivalry had begun a new chapter as the Lakers defeated the Warriors despite James leaving early with the groin injury that derailed his first season in LA.

James’ injury meant that the new chapter of their rivalry ended on the same day that it began. And almost four years later, the next chapter remains unwritten.

As lucky as fans have been to watch Durant and James perform at an All-NBA level for over a dozen seasons, there’s been just as much of a streak of bad luck that has kept them from sharing the floor.

To no fault of Durant or James, the injury bug has been the biggest culprit, something that was foreshadowed by James going down in 2018. Less than months later, Durant suffered a ruptured Achilles that sidelined him for the entirety of the 2019-20 season.

Season-ending injuries aside, it’s been an incredibly frustrating rash of misfortune and bad timing.

The injury that James suffered on Christmas held him out of each of the next three opportunities to face Durant, while Durant’s injury in the NBA Finals kept him out of the next four potential meetings, preseason included.

Injuries are an inevitable reality of the game but the timing has been unfortunate, to say the least.

MORE: Why the Lakers should (and shouldn’t) pursue a Kyrie Irving trade

To close the calendar year of 2021, we were all set to watch the two meet on Christmas for the fifth time in their respective careers, but Durant was placed in the NBA’s COVID-19 Health and Safety Protocols on Dec. 18.

Durant exited the protocols on Dec. 30, only to suffer a sprained knee on Jan. 15 — 10 days before he and the Nets were set to host James and the Lakers.

Now, 10 months later, fans hold their collective breaths as James went down with a groin injury just four days before the Nets were set to face the Lakers on the second end of a back-to-back in LA.

It appears as though the injury will keep James out of the lineup this time around, as the Lakers star is listed as doubtful for Sunday’s matchup. If the last 1,419 (and counting) days have taught us anything, it’s to cherish these meetings of all-time greats whenever they do take place.

Only time will tell when the next chapter of their rivalry will take place.