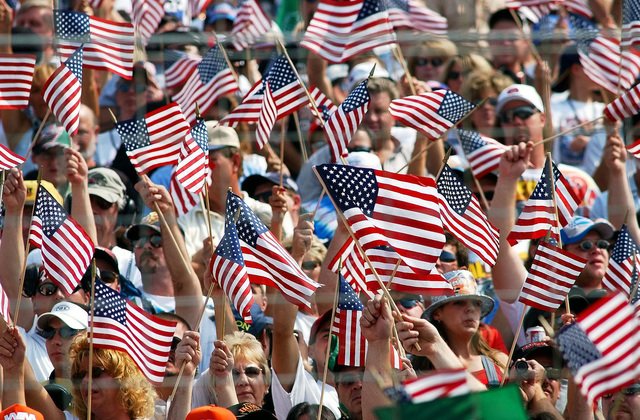 As it turns out, November marks the start of Men’s Mental Health and Awareness month. In light of this, NASCAR driver Cody Ware pleaded for people to take care of their mental health, and look out for others as well. In his most recent tweet, he wrote that in western countries, men were three to four times more susceptible to suicidal thoughts.

The gesture was appreciated by many fans, as well as others in the NASCAR community. Apparently, the likes of Mark Martin, Austin Theriault, and many more retweeted Ware’s comments. Without a doubt, mental health is an important issue, and it is great that awareness is being raised.

How did NASCAR fans react to the plea?

Naturally, many fans were grateful to the Rick Ware Racing driver for raising awareness. Some people even began to share personal experiences, where they had mental health issues or knew someone who did. Few people even mentioned that they were in a bad shape, but had loved ones to care for them. Unfortunately, there were people who had friends who lost their battle with mental health.

Thank you for bringing awareness to this. As we talked back at Willow Springs, I get concerned with the effects of Traumatic Brain Injuries. It’s a very serious concern.

I know how that feels personally. I had a dark time back in 2017 till mid 2018. My physical health was deteriorating and dragged my mental health down with it. I was lucky to have my late father to be at my side through all of it. His exp with my late mother’s cancer fight…

Yup, Last year was gonna be my time, but the people around me took notice, showed so much how they cared for me, then I got a new friend group that just REFUSES to take me for granted. Between my wife and those friends, I finally felt comfortable to talk. #MensMentalHealthMonth

Thank you for raising awareness about this because we need to prevent this from happening and I also had a friend who passed away from suicide in Feb of 2013.

One thing is for sure, people’s respect for the NASCAR driver rose very sharply. A fair number of people even insisted that it was not okay to hide the fact that they were suffering from such issues. They all said that there was zero shame in wanting help and that people need to break the stigma against discussing mental health.

Major respect for you to acknowledge this. Good job Cody!

It is ok to not be ok, it is not ok to hide it though. There is no shame or weakness in needing help. And as someone once told me (idk if Jake barr has a Twitter anymore) “you are not allowed to quit”

Appreciate you talking about this, especially among men who tend not to discuss mental health 🙌

According to them, this was largely prevalent among men, who traditionally avoided such topics. Furthermore, people even said that there are many who have struggled to acknowledge men’s mental health. It is safe to say that former NASCAR drivers Mark Martin and Austin Theriault have firmly backed Cody Ware’s stance. They all know how strenuous life can be, and that it can take a dangerous toll on a person.