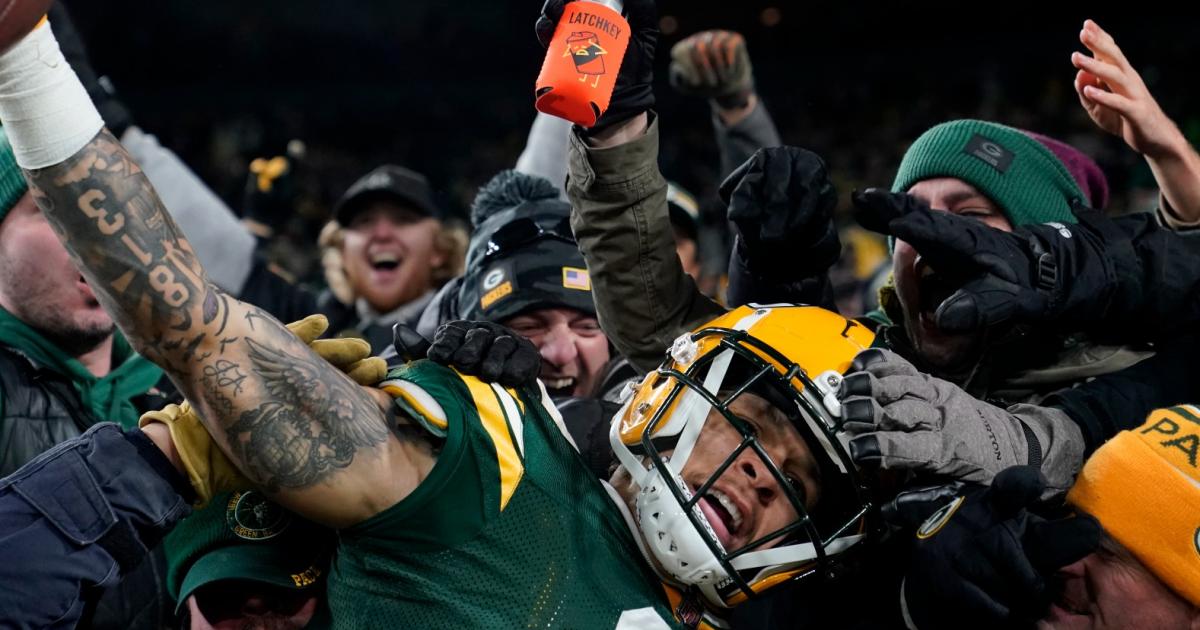 Does Aaron Rodgers finally have his No. 1 receiver?

It’s always wise to treat one game as the exception rather than the rule until more data is collected, but it’s hard to ignore the game rookie wide receiver Christian Watson had in chilly Lambeau Field Sunday against the Cowboys.

The No. 34 overall pick in this year’s draft hauled in four catches for 107 yards and three touchdowns, all career highs and the first three touchdowns of his young career. It’s significant for a Packers team whose leading receiver by receptions heading into Sunday was tight end Robert Tonyan with 38.

2nd TD of the day for Christian Watson! #GoPackGo

Receiver has been a void this year in the absence of Davante Adams, which has been well-documented. But Watson’s day was historic among rookies in more ways than one.

MORE: Why did the Packers fire Mike McCarthy?

After the game, Watson talked about what changed for him in this particular game.

“[Aaron Rodgers] and Matt (LaFleur) both said early ‘we’re gonna come back to you,'” Watson told reporters. “And obviously that hit me at home, obviously I know that those are plays that I can make. Those are plays that you know I make every day in practice and something I know I’m capable of … That means the world.”

Watson brushed off a question about his infamous drop in Week 1 against the Vikings, saying “I forgot about that play already. I don’t even know what play you’re talking about.” He had plenty of memories to fill that blank with Sunday.

“It’s been a roller coaster ride for him,” Packers head coach Matt LaFleur said postgame. “Just to see him respond like that— the resiliency he showed and his ability to bounce back. He responded. It was cool to see him bounce back in that moment.”

How many NFL rookies have scored three or more receiving TDs in a game?

25 rookies have caught three or more touchdowns in a game, most recently Ja’Marr Chase last season. Randy Moss is the only rookie to manage to do it twice. Other names on the list include Odell Beckham Jr., Marvin Harrison, and Michael Irvin. Watson is joining some good company.

For the Cowboys, the game is opening memories they’d rather forget. It’s the second time the franchise has allowed three or more touchdowns to a rookie receiver, the other being Randy Moss’s famous Thanksgiving Day game, in which he caught three passes for 163 yards and three touchdowns.

Although Watson didn’t put up those kinds of numbers against the Cowboys, this 31-28 overtime loss will still ring painful for Cowboys fans. If Watson does come on strong in the second half of the season, this will undoubtedly be the game Packers fans look back on.