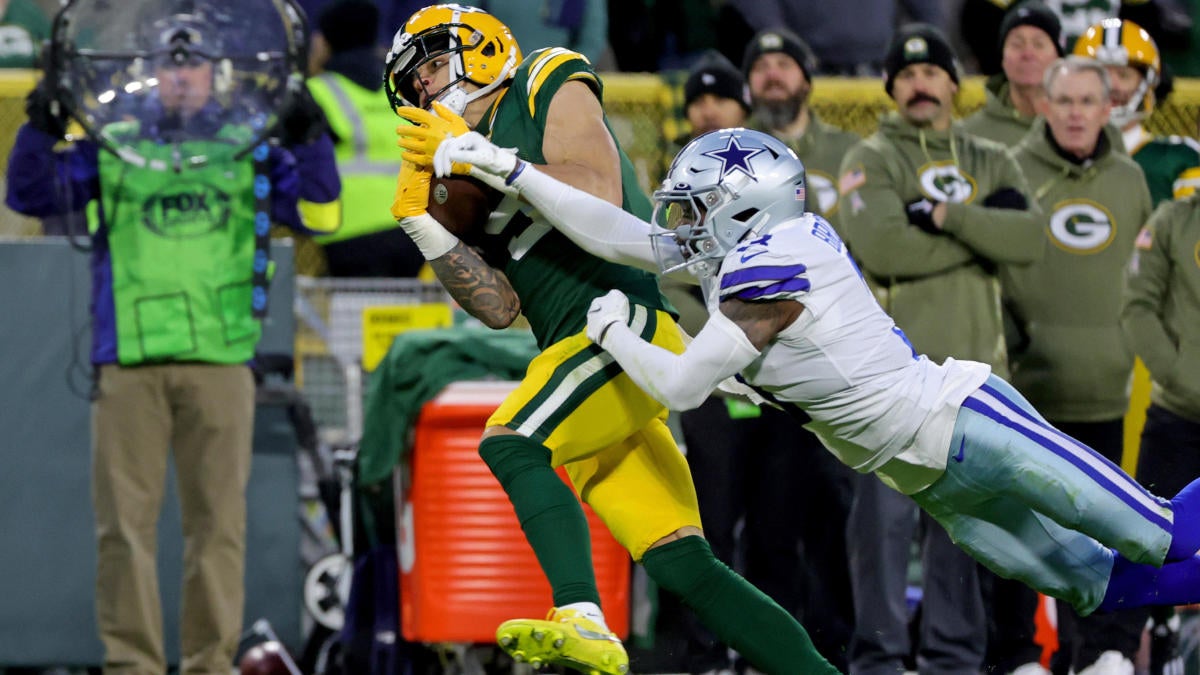 The Rams season has been an absolute nightmare, and it might have taken a worst-case scenario turn Sunday against the Cardinals with wide receiver Cooper Kupp leaving with an ankle injury, one of a number of potentially significant injuries we’ve seen around the NFL in Week 10.

Kupp, who has been dealing with an injury to his right ankle over the past few weeks, got rolled up on by a defender on a fourth-quarter target. The defensive player dove and landed on Kupp’s ankle, and Kupp stayed down on the field for several minutes before being helped off the field. He was able to put weight on the ankle on the sidelined, but was walking with a noticeable limp and was officially ruled “doubtful” to return.

Kupp was unable to return, unsurprisingly, and now the question turns to how long he’ll be out. The Rams already had their bye week, so any time Kupp has to miss will cost him games, and it wouldn’t be a surprise if he had to miss multiple – it just depends on the nature of the injury. If it’s just a normal sprain, it’s not out of the question Kupp could be back in Week 11 against the Saints, despite it looking pretty ugly at the time.

However, if Kupp suffered a high-ankle sprain, things get a lot more complicated. We’ve seen players return in a week from high-ankle sprains, but typically, you’re talking about a multi-week absence – Jerry Jeudy missed six weeks with a high-ankle sprain last season. What might be worse about these kinds of injuries is the way they have a tendency to linger – Saquon Barkley missed three weeks with one back in 2019, but it clearly limited him for a while after that.

And then, of course, there’s the potential Kupp suffered an even more serious injury, though obviously at this point we can’t speculate on that. The fact that he was walking – albeit with a limp – on the sidelines hopefully is a sign that Kupp avoided any kind of fracture, but he’ll need to undergo testing in the coming days to determine the ultimate severity of the injury.

The worst-case scenario is a season-ender that requires surgery, but even a high-ankle sprain could effectively end Kupp’s Fantasy season if it’s a serious enough one. We’ve got seven weeks left of the Fantasy season – four of the regular season if your league has a three-week playoff – so a Jeudy-esque timetable would put Kupp in doubt for the rest of the season.

That’s bad news for those of you with Kupp on your team because there’s no replacing a guy who has been the best player in Fantasy over the past two seasons. Hopefully, it’s less than the worst-case scenario, but even a good outcome would probably leave you without Kupp for important matchups in Week 11 and beyond. And there’s nobody on this Rams team you should be counting on to step up in his absence – Allen Robinson had four catches for 44 yards Sunday, and he led all wide receivers on the team. Van Jefferson did get into the end zone in the waning moments of Sunday’s game, but he’s unlikely to be a direct replacement for Kupp – Jefferson is more of a downfield guy than the do-it-all guy Kupp has been.

If you’re looking for WR help, your best options might be two young wide receivers who had breakout games Sunday. Here’s what you need to know about them as well as a few other wide receivers worth targeting:

Watson has had a lot of trouble staying healthy in his rookie season, but he stayed on the field Sunday and made up for a couple of early drops with his first 100-yard game in the NFL. The second-round rookie caught four of a team-high eight passes thrown his way for 107 yards and a whopping three touchdowns. It was a massive showing for a guy who has had a very rough rookie season but who has huge physical skills. He’s not gonna catch three touchdowns every week, but he’s probably the most talented receiver on the Packers and could be a second-half breakout as Aaron Rodgers’ go-to option.

Speaking of talented young receivers who have had trouble staying healthy, Toney had his own breakout Sunday. He wasn’t quite as impressive as Watson – and he played less than half the Chiefs’ snaps despite the absence of Mecole Hardman, not to mention JuJu Smith-Schuster leaving Sunday’s game early – but Toney showed upside of his own. He was third on the team with five targets, turning them into four catches for 57 yards and a touchdown. With the Chiefs’ injury issues at WR – Marquez Valdes-Scantling also briefly left Sunday’s game with an injury – Toney should continue to see his role grow and could end up a must-start Fantasy option moving forward.

Peoples-Jones doesn’t have the pedigree of either Watson or Toney, but he’s actually done more at the NFL level, with at least 71 receiving yards in four straight games and five of his past six – including 99 on five catches Sunday. With Deshaun Watson’s return looming in Week 13, it’s not out of the question Peoples-Jones could emerge as a must-start Fantasy option down the stretch.

Collins is definitely the low man on the hierarchy here, and it would be tough to trust him if you needed to. But he returned from a groin injury Sunday to catch five passes for 49 yards and a touchdown against the Giants, while leading the team with 10 targets. With Brandin Cooks disgruntled and continuing to struggle, Collins could very well be the Texans’ top option moving forward. He’s more like a WR3, you’d hope, whereas the other three here should have more upside, which you’ll need if you lost Kupp.