Postgame Report: Short-handed Grizzlies fall to the Wizards in D.C. 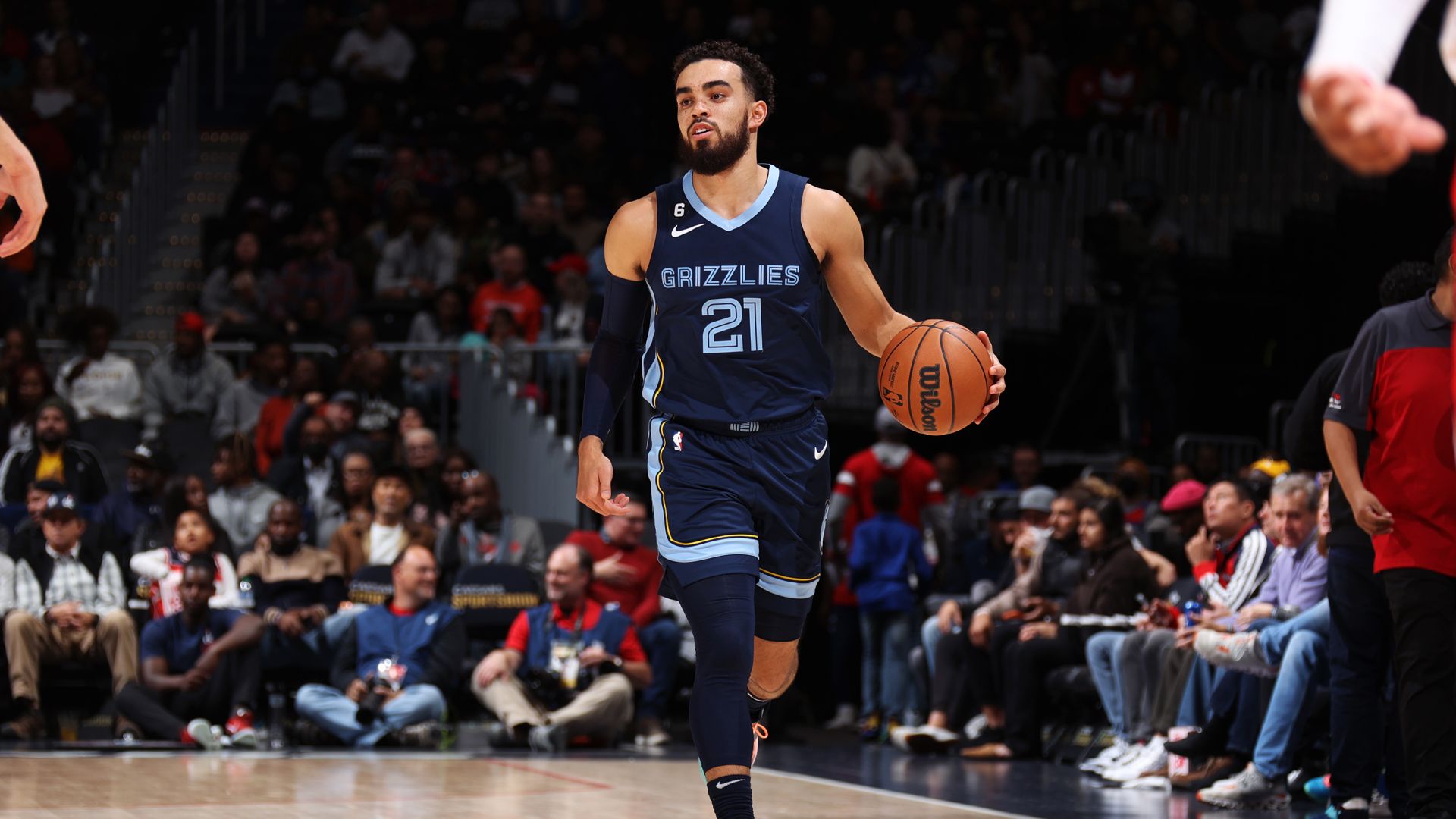 The Memphis Grizzlies fell to the Washington Wizards 102-92 on Sunday at Capital One Arena.

Dillon Brooks led the Grizzlies with 19 points, four rebounds and two assists, while Tyus Jones finished with 17 points, three rebounds and five assists in the absence of Ja Morant and Desmond Bane. Santi Aldama notched his third straight game in double figures with 15 points and seven rebounds. Steven Adams posted a double-double with 12 points and 10 rebounds.

The Wizards led 23-19 after one quarter of play. Despite a 24-7 run by Memphis in the second quarter, Washington responded with a 17-4 run of their own in the final four minutes, regaining the lead at 55-51 before half. Porzingis posted a season-high five 3-pointers in the first half, contributing to Washington’s 55% shooting from behind the arc in the first half.

The Wizards increased their lead in the third quarter behind a 14-6 run, leading the Grizzlies 82-74 at the end of the quarter. Washington remained in control of the game in the fourth quarter and reached their largest lead of the night at 14 points (96-82) with 5:55 remaining, on their way to earning the season split against Memphis.

The Grizzlies finish the road to play the New Orleans Pelicans at Smoothie King Center on Tuesday, Nov. 15, at 6:30 p.m. CT. Fans can watch on TNT and Bally Sports Southeast or tune in to 92.9 FM ESPN.