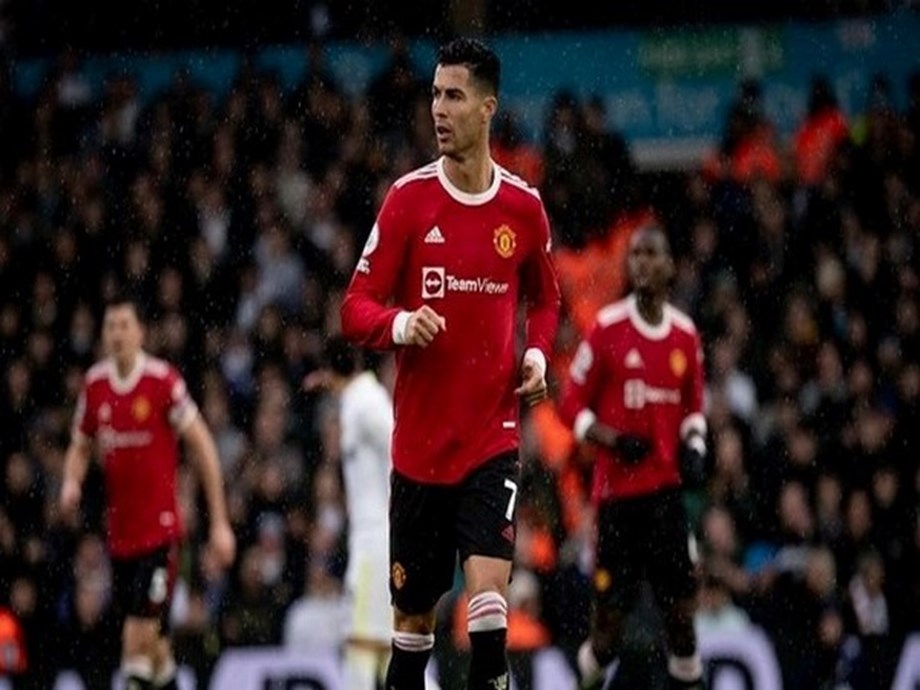 Manchester United midfielder and Portugal international Bruno Fernandes was delighted with his side’s 2-1 win over Fulham on Sunday but less so with the timing of the World Cup, which begins next weekend in Qatar, necessitating a six-week Premier League break. The 28-year-old told Sky Sports that the timing of the tournament, which usually takes place in June and July but has been shifted to the cooler temperatures of December in Qatar, was off-putting for players and fans alike.

Manchester United’s Cristiano Ronaldo says that the club has betrayed him and that he is being forced out, while he has no respect for manager Erik ten Hag. Ronaldo rejoined United from Juventus for a second spell at Old Trafford in August 2021 on a two-year deal, returning to the club where he won eight major trophies from 2003-2009.

Joel Embiid had a massive performance, scoring a career-high 59 points and flirting with a quadruple-double, to lead the host Philadelphia 76ers to a 105-98 win over the Utah Jazz on Sunday night. A night after carrying the Sixers to a solid 121-109 win over Atlanta with 42 points, Embiid followed up with a masterpiece, which included 19-for-28 shooting, 11 rebounds, eight assists and a career-high-tying seven blocked shots. He even sank his second 3-pointer of the season and had a steal.

Mark Scheifele scored twice, including the game-winner on a two-on-one break 54 seconds into overtime, as the Winnipeg Jets rallied to defeat the host Seattle Kraken 3-2 Sunday night. Scheifele took a pass from Josh Morrissey and fired a shot into the upper right corner of the net as the Jets won for the seventh time in their past nine games (7-1-1). With Winnipeg goalie David Rittich pulled for the extra skater, Blake Wheeler scored his 300th career NHL goal on the power play to tie the score with 5.2 seconds left.

Central defender Milos Degenek does not believe Australia will gain an advantage at the World Cup from having played regularly in host nation Qatar’s air-conditioned stadiums during the qualifying rounds for this month’s tournament. The Socceroos, who booked their berth with victory over Peru in a playoff held in Qatar in June, played four matches during the qualifiers in stadiums being used for the finals due to Covid-19 restrictions at home.

Central Coast Mariners coach Nick Montgomery labeled Australia’s World Cup-bound teenager Garang Kuol “lethal” as the forward signed off from A-League action with a brace from the bench against Macarthur FC. The 18-year-old, the youngest member of the Socceroos squad heading to Qatar, scored twice to pull 10-man Mariners level against Dwight Yorke’s team but a late goal from Jed Drew earned the Bulls a 3-2 win that moves them to fourth in the standings.

Patrick Peterson’s second interception for the Minnesota Vikings sealed a heart-stopping, 33-30 win in overtime against the Buffalo Bills on Sunday in Orchard Park, N.Y. The play concluded a wild game in which both teams appeared to win in the final minute of regulation. Buffalo (6-3) seemingly won when it stuffed Kirk Cousins short of the goal line on a fourth-down quarterback sneak. But on the ensuing play, the Bills botched the snap and Vikings linebacker Eric Kendricks recovered the ball on the goal line for a touchdown that gave Minnesota a 30-27 lead with 41 seconds left.

Switzerland won their first Billie Jean King Cup title on Sunday after Belinda Bencic saw off Australia’s Ajla Tomljanovic in straight sets in the second match of the finals to give them an unassailable 2-0 lead. Jil Teichmann had earlier prevailed 6-3 4-6 6-3 over Storm Sanders in a thrilling contest to put last year’s finalists Switzerland ahead before Olympic champion Bencic dismissed Tomljanovic 6-2 6-1 to clinch the best-of-three contest.

Prime Minister Shehbaz Sharif and cricket great Imran Khan led tributes to Pakistan’s valiant fight in Sunday’s Twenty20 World Cup final against England saying the country was proud of the team led by Babar Azam. Pakistan made a lion-hearted effort to defend a below-par total of 137-8 at the Melbourne Cricket Ground (MCG) but were dealt a body blow when pace spearhead Shaheen Afridi injured himself while taking a catch and eventually hobbled off the field without completing his quota of four overs.

Taylor Fritz stunned Rafa Nadal 7-6(3) 6-1 to make a winning debut at the ATP Finals in Turin while Norway’s Casper Ruud kick-started the round-robin stage earlier on Sunday with a win over Canadian Felix Auger-Aliassime. Spanish top seed Nadal arrived in Italy having only competed in one singles match since his fourth-round U.S. Open loss two months ago and his lack of recent competition showed as he was unable to keep pace with Fritz as the match wore on.