Eddie Hearn On Why Gervonta Davis Vs. Ryan Garcia Not Happening 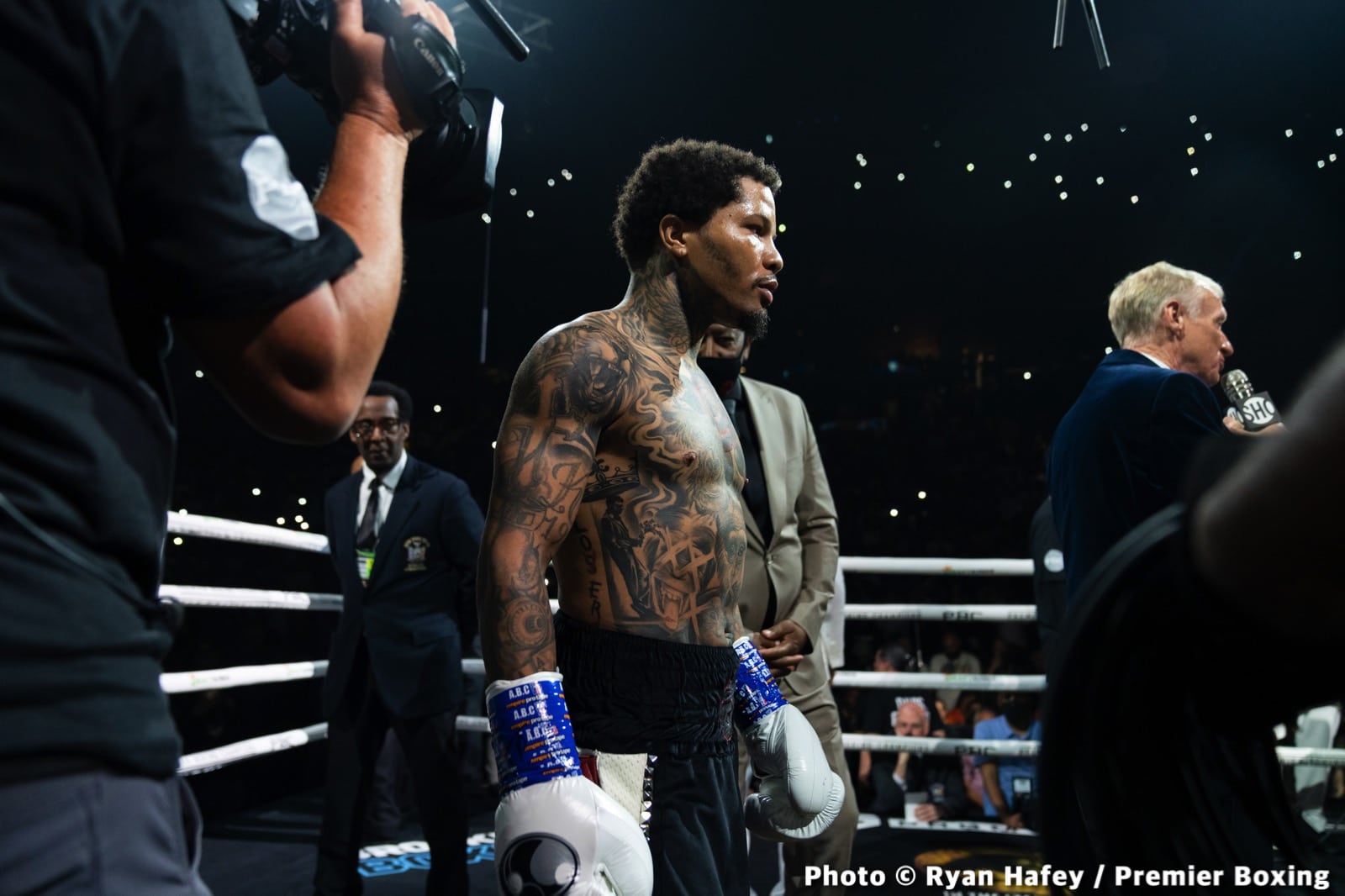 By Craig Page: Eddie Hearn believes that PBC doesn’t want to make the Gervonta Davis vs. Ryan Garcia if DAZN is going to be involved.

At the same time, DAZN has invested a lot of money in the young star Ryan (23-0, 19 KOs), and they’re not going to let him fight on SHOWTIME without being involved.

Hearn feels that PBC and Showtime’s Stephen Espinoza should agree to let DAZN be involved. It’s “terrible for boxing” if Tank vs. Ryan doesn’t happen.

If what Hearn says about Showtime and PBC insisting that DAZN not be involved in the Tank-Garcia fight, we may not see this bout until one of them are promotional & network free agent.

By that time, who knows whether both of them will still be relevant and viewed in the same light as they are now?

“I have a little bit of sympathy with Al [Haymon] with the Spence-Crawford fight because the fight is not as big as people think it is,” said Eddie Hearn to Fight Hub TV about whether PBC is stopping big fights from happening.

“So, I can’t have an argument with someone on Twitter who tells me that Spence-Crawford does a million buys. We know that if you’re setting a line on a guarantee on 300 or 400,000 buys. If I’m p[putting my money up, that’s where I’m comfortable with the line.

“That doesn’t mean that’s the number that Al is comfortable with, but ultimately when a fight is big enough, the fighters don’t need a guarantee, and they don’t ask for one.

“I go back to Fury against AJ. There was no guarantee. It was just all the money in the pot. Everyone knows how big that fight is. It’s not a case of, ‘It might do this.’ We all know how big it is, but we just don’t know with Spence-Crawford.

“If you’re going to talk about whether are they the ones that are stopping big fights, I do think PBC and Stephen Espinoza are actually the ones who are stopping, are more likely to stop a fight than others.

“So, I just feel like, as a fan, looking at Tank vs. Ryan Garcia, I believe that PBC and Stephen Espinoza are saying, ‘There is no way that we’re letting DAZN be involved in that fight.’ You have to understand Ryan Garcia is a DAZN fighter.

“So Showtime would say, ‘We built Tank,’ but DAZN has built Ryan Garcia. What do you think they’re going to invest all that money and when they get to the stage where there’s a mega-fight, they say, ‘Don’t worry about it.’

“What is the problem of putting a fight of that magnitude on both platforms? I don’t understand. I know for a fact that DAZN has no problem sharing.

“You can air it on DAZN; you can air it on Showtime or pay-per-view, and it’s the same price point. Does it really matter? If your platform is that big, aren’t you going to do all the buys anyway, supposedly? But that’s what’s stopping the fight. The fighters want the fight.

“But it’s not DAZN. It’s PBC and Stephen Espinoza that are saying, ‘No, we’re not going to have DAZN involved in that fight.’ That’s terrible for boxing.

“I don’t think it’s always PBC or Espinoza, but I do think, in that instance, that fight is to blame. In the instance of Terence Crawford, I don’t think that’s PBC’s fault.

“I just think it’s fighters that think a fight is worth more than it is. Al Haymon is doing the right thing for his business, which is not putting a guarantee up because he doesn’t have the confidence in that fight.

“Someone comes in and offers him mad money to fight Avanesyan. He’s looking at it, thinking, ‘That’s an easy fight. I’ll take that.’ Hopefully, it [Spence vs. Crawford] gets revisited, but I do feel like all the people I work with in boxing, they are the ones that would probably refuse to have a conversation about that fight.

“They definitely don’t like me, but it’s with other people as well. Every now and then, you’ll see Top Rank and PBC do a fight when it’s Wilder against Fury where they really needed to do that fight.

“I’ve listened to all of Oscar’s comments, but he’s been around for a long time. Whatever you think about Oscar, we don’t always get on, and he knows the business as well. A great fighter. Sometimes it’s good to blow things up like this because you’re under pressure, I think.

“Stubbornness, ego, you feel like it could give DAZN an extra position of power. Are you afraid?” said Hearn when asked why PBC wouldn’t want to make Tank Davis vs. Ryan Garcia. “They’ve invested money in Tank.

“Of course, it’s a business, and I understand. Stephen Espinoza might say, ‘We’ve done 20 Gervonta Davis fights. We’re not letting you come in and share a pay-per-view,’ but don’t underestimate the star power of Ryan Garcia.

“It takes two for a fight like that. That’s a much bigger fight than Spence-Crawford, in my opinion, commercially. Everyone can win in that fight. By the way, DAZN shouldn’t just lay down in that fight. ‘Go on, off you go.’ But what they’re willing to do is compromise and make a fight for the good of boxing.

“Hopefully, everybody can feel the same. It’s only a problem when that network is unwilling to entertain for the good of boxing where a fight with two networks, two promotional companies can come together and deliver for everybody.

“The benefit of everybody in a fight like that taking place should be enough for people who would benefit off the back of it to let that fight happen. I have no involvement in that fight. It would benefit me as a business to see that fight because people get excited for boxing.

“So, I really hope they come together, not for DAZN, but for boxing. Spence vs. Crawford, I want to see that fight as a fan, and that would be great for boxing. But there are too many stubborn people.

“Let’s come together and make some good fights because we’re under pressure at the moment. Not me, but boxing, to deliver these fights. We’re in the drama business; we’re in the entertainment business.

“I have to be me. I’m flash; I’m loud, and yeah, I’m going to rub people the wrong way. I still feel that as much as sometimes people say things about me, or I rub them out the wrong way, if there’s good business to be made, fights will get made,” said Hearn.