How to Watch Knicks-Jazz Game On Tuesday 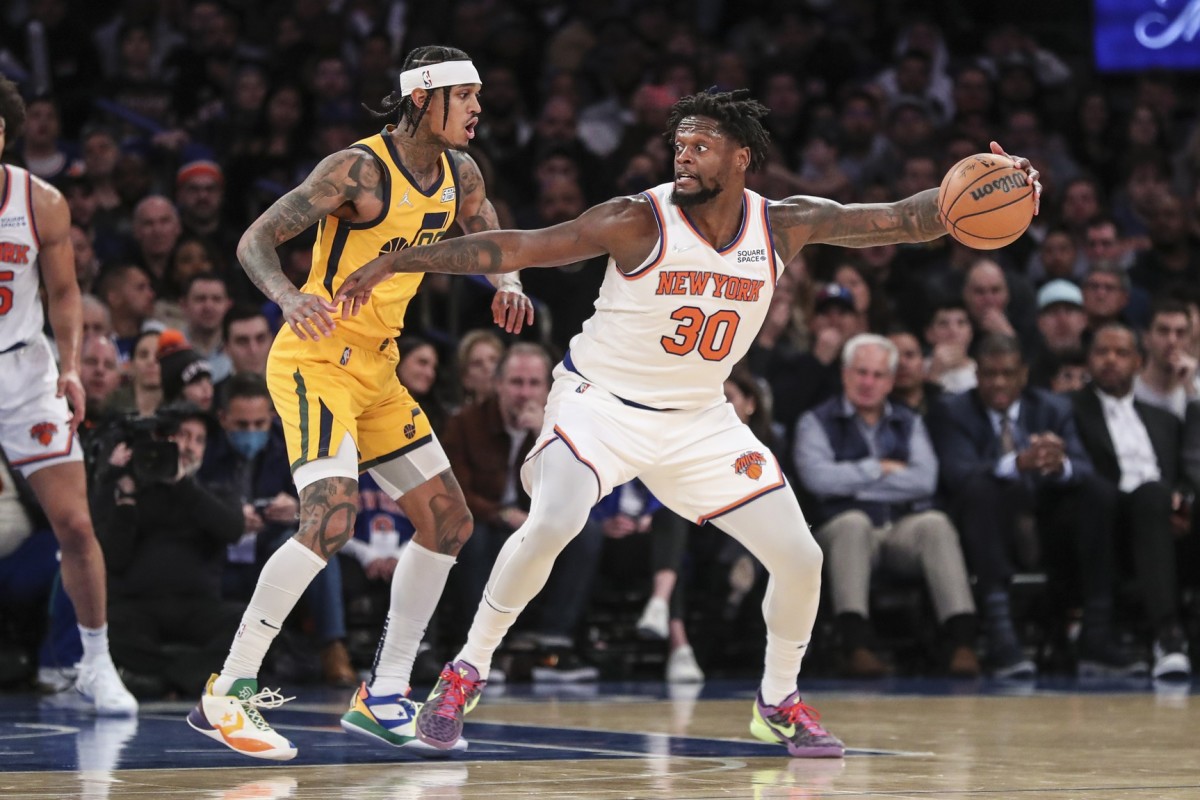 The New York Knicks are searching for a key win to jump-start their season and the Utah Jazz are looking to stay hot and remain one of the league’s most slept on teams.

These two organizations will battle it out on Tuesday night in Salt Lake City in a game that could very much come down to the wire.

The Knicks have struggled with consistency all season long and while their offseason additions of Jalen Brunson and Isaiah Hartenstein have proven to be useful, New York’s defense has really struggled. Coming off a loss in which they gave up 142 points to the Oklahoma City Thunder on Sunday, the Knicks know that they need to correct their errors rather quickly or this season could go south very quickly.

On the other side of things, many thought the Jazz would fall apart after trading Bojan Bogdanovic and All-Stars Donovan Mitchell and Rudy Gobert.

Well, they find themselves 10-5, at the top of the Western Conference standings and continuing to pick up convincing victories with their deep, talented roster.

Lauri Markkanen has proven to be one of the league’s most improved players and with Jordan Clarkson and Mike Conley still leading this backcourt, Utah has proven that they can win on any given night.

What will happen when the Knicks visit the Jazz? We will soon find out and see which team will pick up a key victory in the middle of November!

Here is how to watch Tuesday night’s game with gametimes and TV, lineups, bios and other must-know details.

How to watch Knicks vs. Jazz

What to watch for:

The Fast Break Podcast hosted by our own Brett Siegel is now LIVE!

Be sure to catch up on the latest news and intel from around the league by checking out The Fast Break Podcast, now streaming on Apple Podcasts and Spotify with new episodes releasing every Friday.