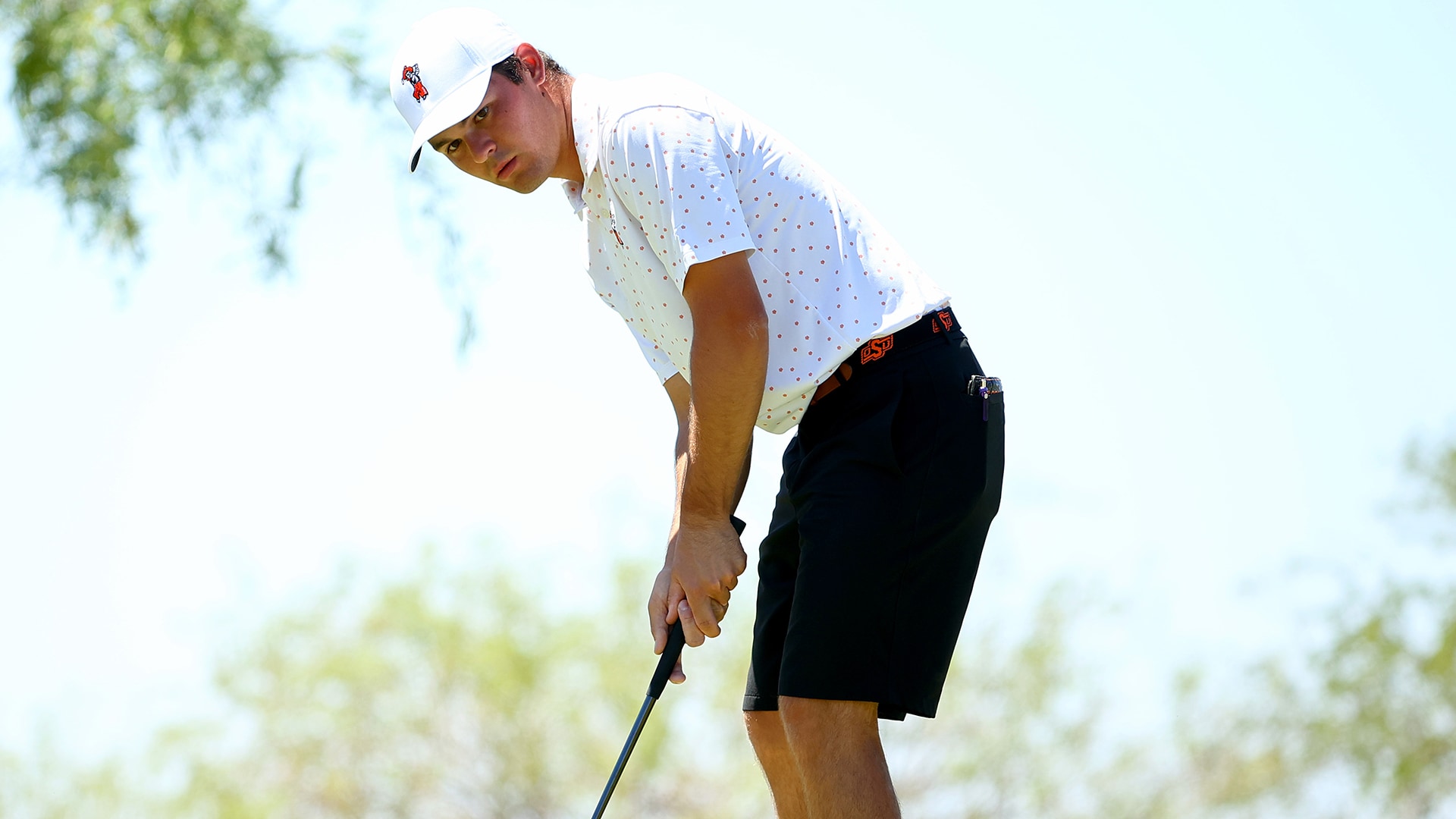 The defending national champions are getting some reinforcements, including one All-American via the transfer portal.

Not only did Texas recently sign highly ranked recruit Tommy Morrison, who will enroll early and join the Longhorns this spring, but the biggest name on the transfer market, Oklahoma State senior Brian Stark, announced on Monday afternoon that he has decided to take his talents to Austin.

Stark, who has three semesters of eligibility left (that includes his optional COVID year), will be permitted to compete right away for Texas head coach John Fields when the Longhorns return to action in late January.

“It wasn’t my ideal situation to leave Oklahoma State, honestly,” Stark told GolfChannel.com shortly after revealing his destination, “but I felt like it was the best option for me at the time, and I still do.”

Stark was a third-team All-American for the Cowboys as a junior last season, but he failed to qualify for Oklahoma State’s first two events of the fall. He said he had been struggling with ball-striking, normally a strength, and was having difficulty starting the ball on the right line.

“And when it’s blowing 30 mph in Stillwater, it’s pretty tough,” Stark added. “In the qualifiers, I came in fifth and sixth place.”

Both times, he just missed getting into the lineup on a deep Cowboys squad. Before the team’s third event, the Stephens Cup in early October at Seminole, Stark informed head coach Alan Bratton that he’d be entering the portal.

Part of Stark’s decision revolved around PGA Tour University. Stark is currently 13th in points, a few spots outside of the top 10, which would come with conditional Korn Ferry Tour status at season’s end (the top 5 get full KFT cards next summer and a ticket to final stage of PGA Tour Q-School next December). But he also had just 11 counting events, and with the minimum requirement being 18, he couldn’t afford to be left at home too many more times.

Of course, there were other reasons, too.

“I just hadn’t really enjoyed it,” Stark said of recent months at Oklahoma State. “I had been struggling with being super happy there. I put stress on myself already, and then I feel like the way they coach and the way they do things, nothing against them – Coach Bratton and Coach [Donnie] Darr have done a lot for me – but it humbles players rather than builds some players up. It worked well for Eugenio [Chacarra] and Matt Wolff and those guys, but that’s not the way I really like being coached, and that’s why I feel like Texas and Coach Fields will be really good for me.”

Added Stark via his social-media post: “I will never forget my time as a Cowboy and will always be grateful for the opportunities I was given. I personally needed to make a change to refuel my fire to compete at the highest level and believe the University of Texas is a perfect fit for me.”

Stark says he expects to play in all seven of Texas’ spring events, plus an NCAA regional and the NCAA Championship should the Longhorns qualify, so he should have no issues satisfying PGA Tour’s start requirement. He also was told he’d likely compete in the Genesis Collegiate Showcase, held the Monday of the Genesis Invitational with the winner getting into the PGA Tour event at Riviera.

He plans to graduate from Oklahoma State this semester before doing a graduate program at Texas. He had to add eight hours, running his total to 20, this semester to do so, but it was the only way, he says, to get into Texas.

The Longhorns certainly will welcome the addition after losing Pierceson Coody, Parker Coody and Cole Hammer from last season’s NCAA Championship squad. Seniors Travis Vick, with whom Stark shares a swing coach (Adam Porzak), and Mason Nome are still on the team, which added freshmen Christiaan Maas, Keaton Vo and Jacob Sosa this fall, but at No. 20 in Golfstat, it’s evident that Texas was off balance this past semester. Adding Stark and Morrison should, at the very least, increase the competition at home.

“I’ve known Travis forever; we have a good history going back and forth with each other, and I’m looking forward to playing with someone really good like that,” Stark said. “This team is going to be pretty good.”