Lamar Jackson no longer the NFL’s most electric runner 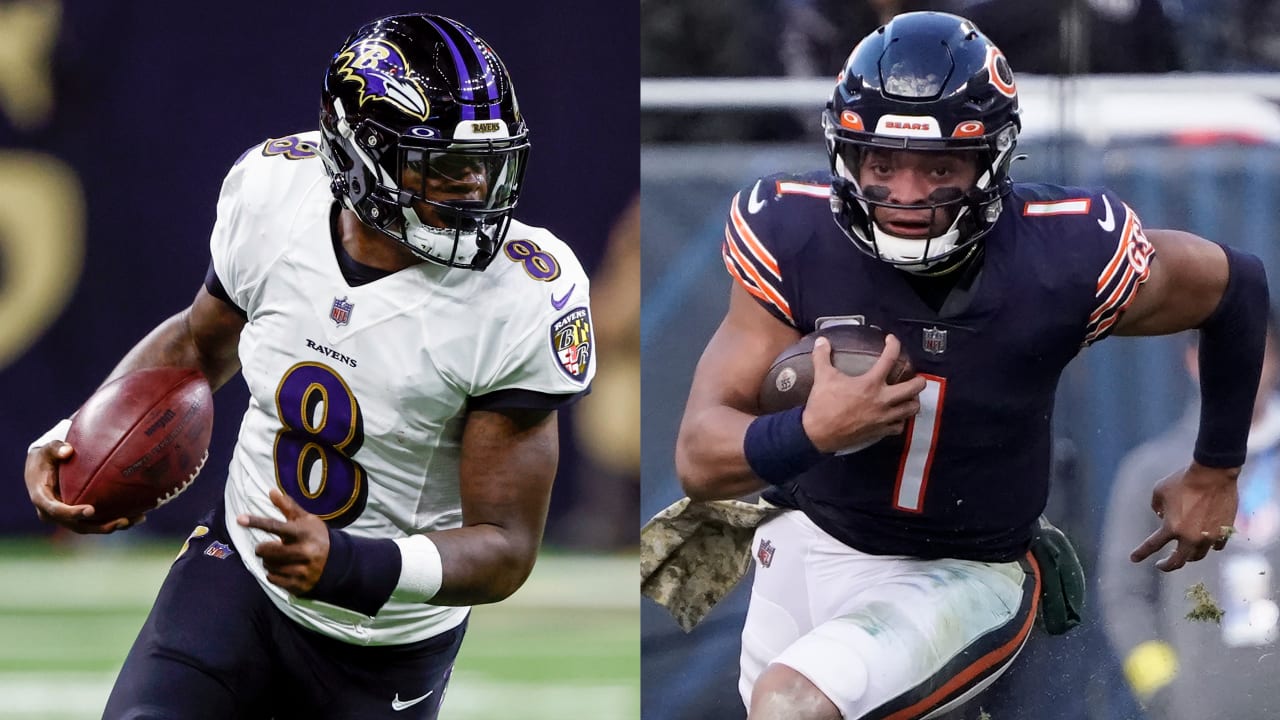 Lamar Jackson has been the gold standard when it comes to gaining rushing yards from the quarterback position since he took over as the Baltimore Ravens’ starter. Jackson’s video game-like agility and running style has been on full display every time he takes the field, and the record books serve as proof.

But in recent weeks, there’s been another quarterback who’s taken the league by storm with his legs, taking Jackson’s crown as the most electric runner in the NFL: Chicago’s Justin Fields.

Don’t get me wrong, Jackson is still 1B to Fields’ 1A, but right now, the Bears’ second-year passer is outdoing even Jackson in the ground game, running over opponents with ease on a weekly basis. Two weeks ago, Fields set an NFL record with 178 rush yards against the Dolphins, the most ever by an NFL quarterback in a regular-season game, and his 61-yard touchdown run was the longest TD run by a Bears quarterback in franchise history. His smirk in reply to Miami coach Mike McDaniel’s sideline plea to Fields to stop scrambling pretty much told the story.

Then last week, Fields gashed the Detroit Lions for 147 yards and two touchdowns, including a 67-yard TD run, which bested his record from the week prior. This season, Fields ranks sixth in the NFL with 749 rushing yards (most among QBs).

Yes, he has surpassed some of Jackson’s gaudy numbers. Fields’ mark of 325 rush yards in a two-game span — the most by a quarterback in the Super Bowl era — tops Jackson’s 268. His rushing total over a five-game span (555) is even more impressive because he bests the totals of the league’s QB rushing royalty in Jackson and Michael Vick. Fields is on pace for 1,273 rushing yards, which would a single-season record for a quarterback.

When I watch Fields, I see a guy who is running the ball like Lamar was in his first full season as the Ravens’ starter (2019). He had to do everything for that offense, and he did it at an MVP level. Fields is being asked to do just as much but on a less talented team. Nonetheless, Fields has made the Bears watchable again with his playmaking ability, and he’s become the NFL’s most electric rusher.