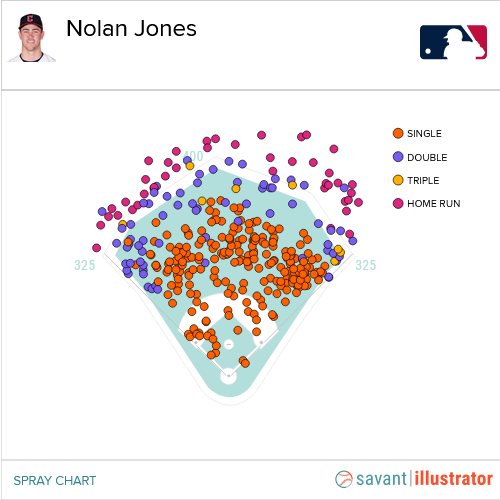 43 mins agoThe Colorado Rockies acquired infielder Nolan Jones from the Cleveland Guardians on Tuesday in exchange for infielder Juan Brito. Jones was a former second-round pick and is listed as Cleveland’s No. 7 prospect, per MLB Pipeline. The 24-year-old has had some of the best walk rates in the minors over the last couple seasons, and he finished the season at Triple-A Columbus by hitting .276 with nine home runs, 43 RBI, 44 runs, four stolen bases and 31 walks in 55 games. In his first 28 games at the big-league level, Jones hit .244 (21-for-86) with two homers, 13 RBI and 10 runs scored. The left-handed hitter has a chance to play a lot at the hot corner in Colorado in 2023. Brito, meanwhile, was listed as the Rockies’ No. 30 prospect. The 21-year-old switch-hitter batted .286 with 11 home runs, 72 RBI, 91 runs and 17 stolen bases in 107 games for Single-A Fresno this year.—Keith Hernandez – RotoBaller
Source: Guardians Twitter