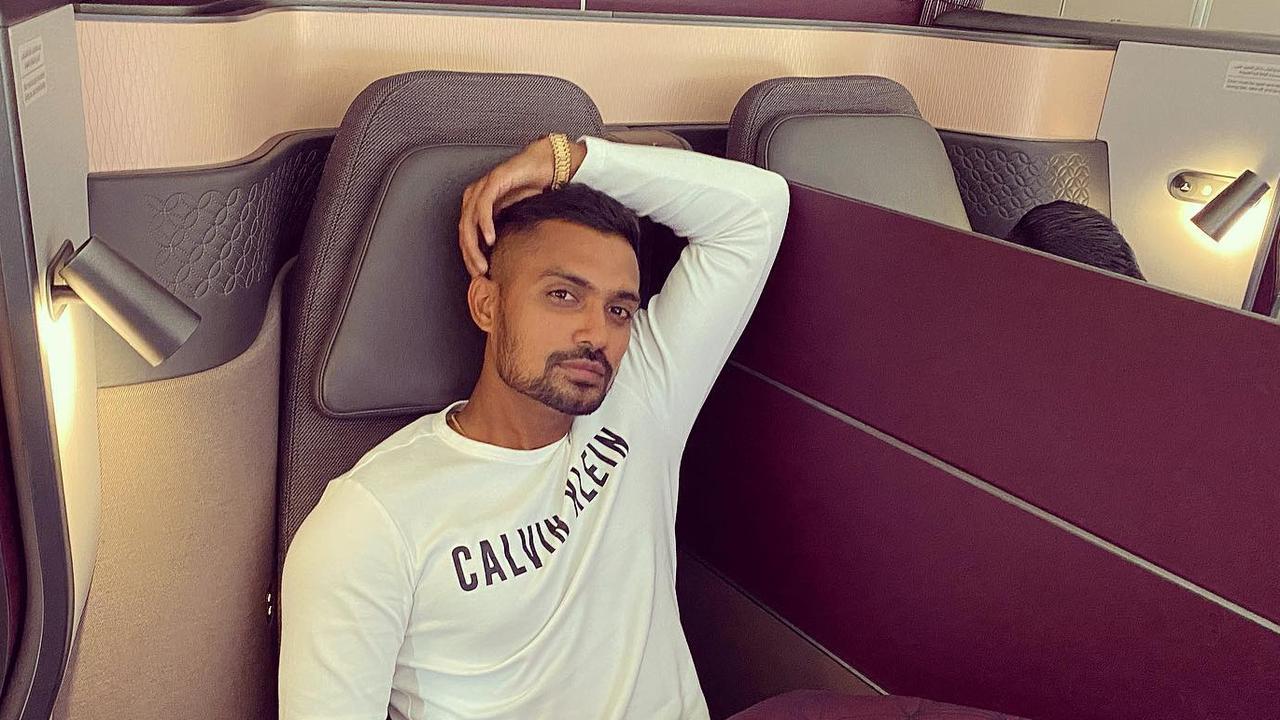 Sri Lankan cricketer Danushka Gunathilaka has returned to court a day before he asks it to review his bail conditions.

The 31-year-old is behind bars on remand after being charged with four counts of sexual intercourse without consent.

He was excused from appearing in Sydney Downing Centre Local Court on Wednesday when the court was told there was a subpoena to obtain digital material from a government agency.

The cricketers’s defence lawyers will be able to access the files that include CCTV footage from a railway station.

Police say the international cricket star matched with a woman on a dating app and they chatted before they met on November 2.

Police allege the pair had drinks in the city before they went back to the woman’s home in Sydney’s eastern suburbs around 11pm.

Mr Gunathilaka then ignored the woman’s request to “take it slow” and instead choked and assaulted the 29-year-old woman in her own home, police claim.

The top order batsman allegedly forced himself on top of the woman when the pair moved to the bedroom. Police claim the woman was uncomfortable and agreed to continue with sexual activity only if Mr Gunathilaka wore a condom.

“He protested but eventually agreed,” police documents tendered to the court stated.

The court was told the woman later found the condom on the floor beside the bed.

Police allege the woman was “in shock” and did not consent to sex without a condom. She again asked him to use a condom, but he refused and forcefully engaged in sexual activity, according to police claims.

During the several hours he remained at the woman’s home, Mr Gunathilaka allegedly choked the woman multiple times and slapped her on the buttocks.

The woman was “frozen and in shock” before the international cricketer asked her to order an Uber for him, police say. He left her home just before 1am.

Police claim the woman woke up the next morning with sore and swollen lips and called two friends to tell them about the incident. She also contacted a counselling service and saw her doctor the morning after the alleged sexual assaults.

She told police she was unable to work because she “couldn’t stop crying”.

Mr Gunathilaka has not entered any pleas to the charges. He was arrested outside the Hyatt Regency Hotel on November 6 as his team were set to depart Australia.

Mr Gunathilaka will return to Sydney Downing Centre Local Court on Thursday to request a review of his bail conditions.

He will be taking his bid for freedom to the Supreme Court next month after he was refused bail in the Local Court on November 7.