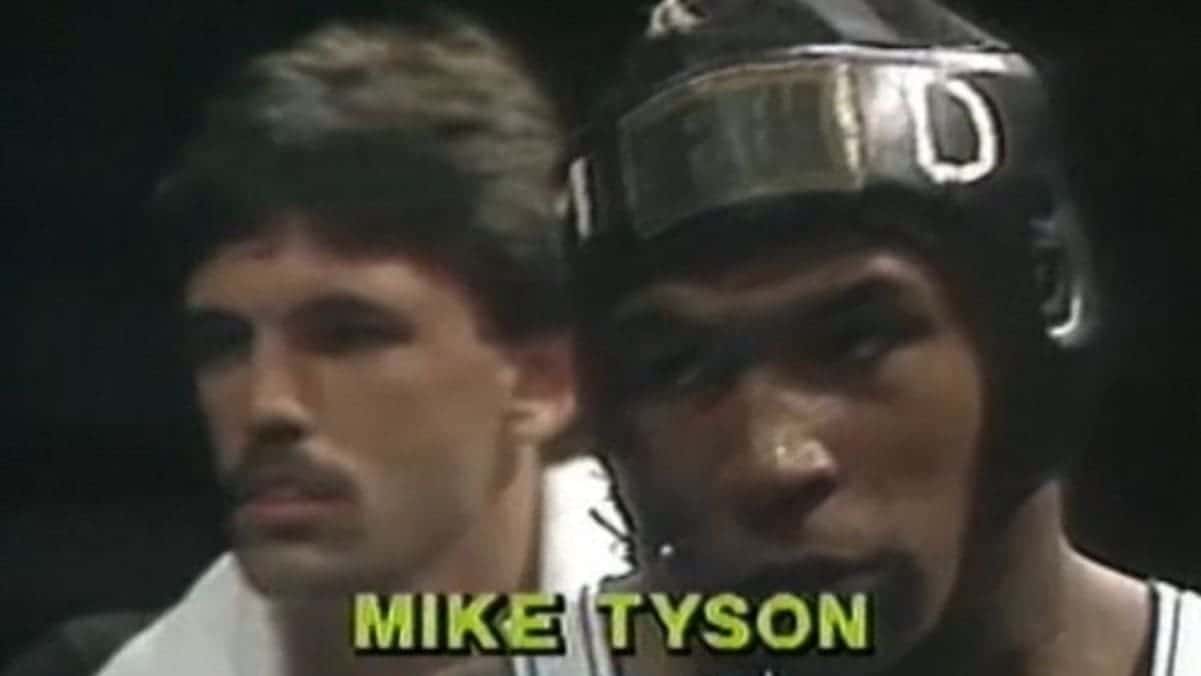 The early trainer of Mike Tyson not only pulled a gun on the heavyweight legend but considered using a metal pipe years later.

Teddy Atlas and Tyson held animosity between them for years until finally burying the hatchet a few years ago at a boxing event in Verona, New York.

The pair, who trained with Cus D’Amato when Tyson was a teenager, famously fell out when Atlas threatened the former champ with a pistol.

Tyson had allegedly made a play for the niece of Atlas, who then threatened a then 15-year-old ‘Iron’ Mike to back off.

After not speaking for what seemed like an eternity, the inevitable happened. As in boxing circles, the pair finally ran into each other several times.

Discussing both, the second encounter saw Atlas compelled to protect himself. Such was the fear of retaliation from Tyson.

“Well, there was a time,” Atlas paused. “I don’t know if I want to talk about it. That’s why I am delaying a little bit.

“The first time, I think, was in the hallway in the Felt Forum (named until 1989, now Hulu Theater). I had a fighter fighting with Mikey Duff. I believe I had Chris Read ‘The Shamrock Express’ – a good kid. He’s not with us no more.

“The Felt Forum is what Madison Square Garden Theater is now. It’s the smaller arena, but it was a legendary place where fights went on every couple of weeks.

“It was the breeding ground coming up for fighters before they got to the garden.

“We were in the hallway. He [Mike Tyson] was there with somebody. I was there. We saw each other and nothing.”

Moving on to the second incident, Atlas stated: “Then, there was another time at Gleason’s Gym in Manhattan. After seven years with Cus, I started training fighters there.

“It was a couple of blocks away from Madison Square Garden, but they moved to Brooklyn. So we are in Brooklyn, and Tyson was the heavyweight champ.

“He was doing a Japanese beer commercial – if my memory is correct, so they closed the gym for two days for the shooting.

“Certain people could get access who use the gym all the time have a section. So I came in with my fighter, I didn’t want to be in the gym that day, but I had an obligation to that fighter.

“He had a fight coming up, so I had to honor that commitment.

“I stayed on my side, he stayed on his side, and I went into the locker room. I had a big army locker that I had brought over from the old Gleasons.

“Did I want to use it? – No, but if someone doesn’t want to use their hand, then at least I would have something.

“So I’m in the locker room, and I open the locker. I’m taking out what I need for my fighter, and I see the pipe. I take it out, and I place it against the door.

“My instincts told me nobody could see it. I was getting the stuff out, and I could feel someone behind me, so I turned around, and its Mike Tyson.

“It’s the heavyweight champion of the world standing right there.

“We stared at each other –  it felt like fourteen hours – but it must have been fourteen seconds, maybe less. Then he broke it off and went into the bathroom.

“That was the end of it. No words exchanged, and that was pretty much it for years until there was that reconciliation,” he added.

It’s a shame things went down like that for Atlas and Tyson, who seemed to be a decent pairing when working together with Cus.

Later, it emerged that the falling out cost Atlas around $30 million in coaching payments as Mike Tyson ripped through the division.

They did begin speaking again in 2013 after making up at Turning Stone as Mike Tyson promoted a show there, and Atlas was commentating.

Since then, they have made amends enough to be civil to one another. It could have been so different.