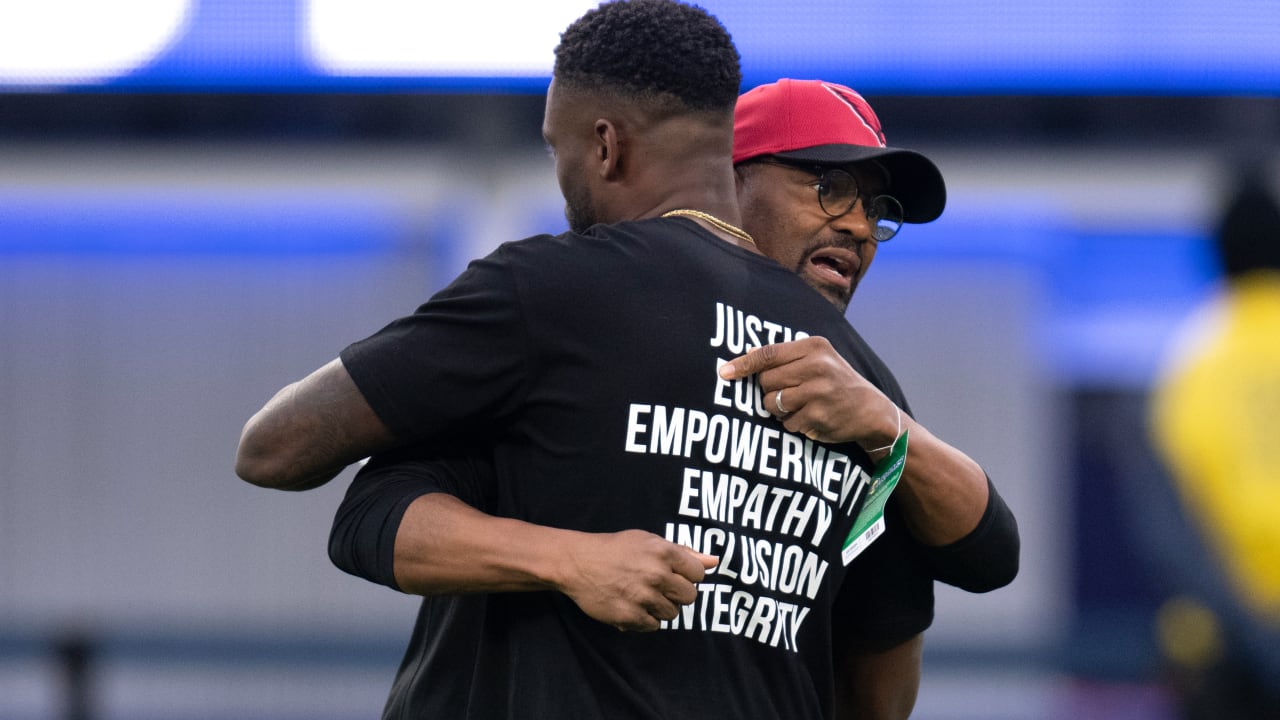 On a weekend when the Cook brothers, Dalvin and James, and the Chubb cousins, Nick and Bradley, met on the football field, HBO’s Hard Knocks In Season: The Arizona Cardinals captured an emotionally rife postgame moment between Rams wide receiver Van Jefferson and his father, Cardinals wide receivers coach Shawn Jefferson.

“And then, here’s the deal,” he said. “When you keep battling, after you come out of this test, you’re rewarded with another test. So keep going. Keep going, right? I love you, man.”

The tests both the Cardinals and Rams have faced this season have been more challenging than many anticipated. Playoff teams in 2021, the NFC West rivals have six losses apiece through Week 10.