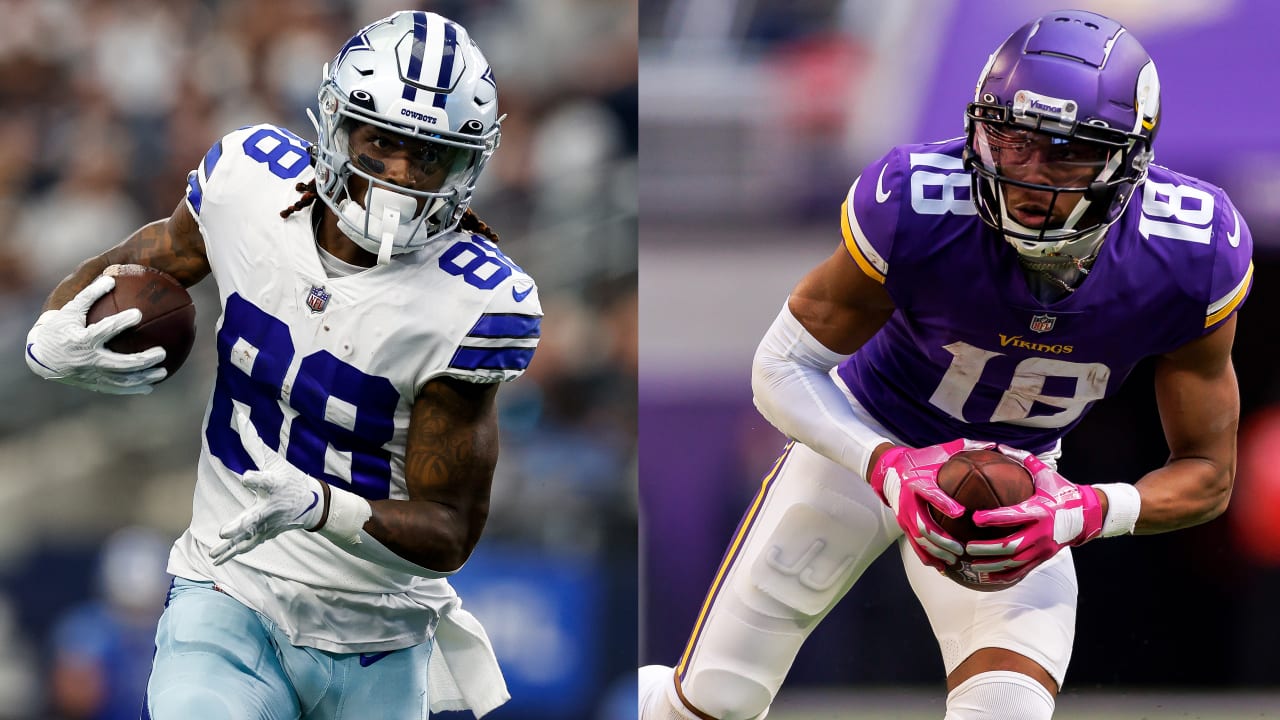 In the spring of 2020, a much-ballyhooed class of wide receivers garnered headlines and promise all the same before and during the NFL draft.

When Oklahoma’s CeeDee Lamb was somehow available at No. 17 overall, the Dallas Cowboys collectively grinned wide and jumped at the chance to select the wideout.

However, the Cowboys also had plenty of enthusiasm for current Minnesota Vikings star wideout Justin Jefferson, Dallas head coach Mike McCarthy said Thursday. Thus, McCarthy is hardly stunned by the astounding play from Jefferson, the No. 22 overall pick in 2020, so far.

“CeeDee was my favorite of the group, and he was right there,” McCarthy told reporters ahead of the Cowboys’ Week 11 road game against the Vikings. “I love the way the guy played. See, I like guys that can play inside and outside, and they do something else, too. Like CeeDee, you can put him in the backfield. And Jefferson, Destrehan High School, I mean I just, knowing the kid’s background — multi-sports athlete — I’m not surprised at all he’s having the success he’s having, so we were very, very impressed with him. We thought we had him high, higher than most people on the board, so when he went after that was no surprise.”

Lamb was the top receiver for many analysts, but was the third WR taken and Dallas just couldn’t say no when he was still available. It was the Cowboys’ NFC East foe, the Philadelphia Eagles, who memorably passed on Jefferson and instead took Jalen Reagor, who is now in Minnesota as well.

Jefferson and Lamb are each bona fide No. 1s for their squads, but Jefferson has emerged as perhaps the best receiver in the league in 2022. Fresh off a Player of the Week showing in an upset of the Buffalo Bills, Jefferson leads the NFC with 1,060 yards receiving.

Against the Cowboys, Jefferson has a shot to make history. He currently has 4,076 career receiving yards and needs 88 (Lamb’s jersey number, consequently) to move past Randy Moss (4,163) for the most in a player’s first three seasons in NFL chronicle, per NFL Research.

McCarthy was asked Wednesday how much the Cowboys discussed Jefferson before the draft and how impressed they were. McCarthy was clearly impressed. He also wasn’t asked if he regrets taking Lamb over Jefferson. In reality, there are 18 teams (the Dolphins, Raiders and Jaguars each technically passed on Jefferson twice) who likely regret letting Jefferson fall to the Vikings.

Lamb is coming off a career-high 150 yards receiving in a loss to the Green Bay Packers and is right behind Jefferson as the most successful wideout so far from the 2020 class.

McCarthy, of course, wouldn’t have minded having both of them — but there was no way Jefferson would fall that far.

“He’s one of those guys you sit there and hope because, you know, after you draft CeeDee, you’re hoping he falls a little bit so you can try to have a chance to go up and get him too, but that obviously didn’t last long,” McCarthy said of Jefferson. “Helluva player.”