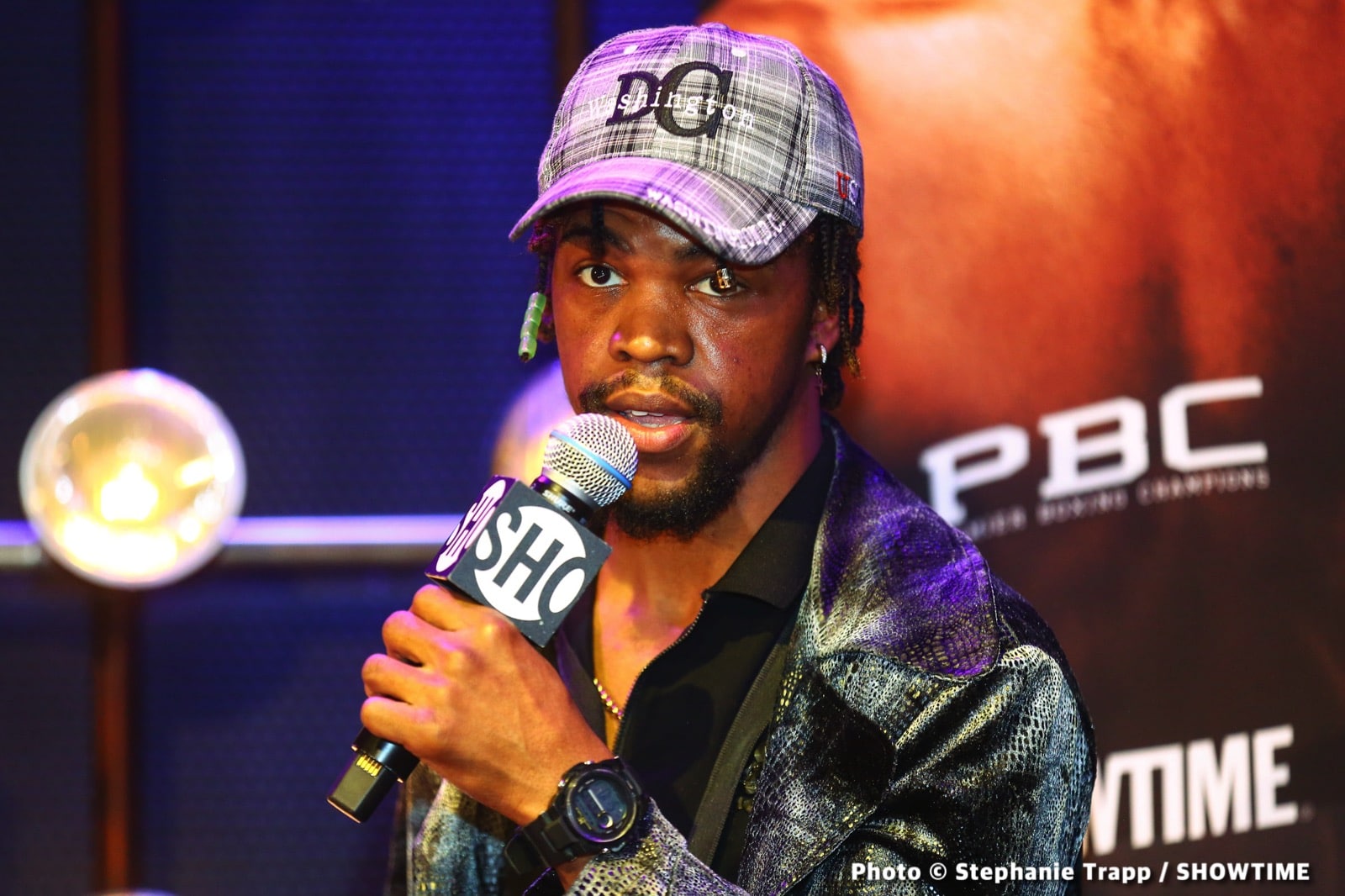 Not to be mistaken for his older, much smaller brother, former WBC featherweight champion Gary Russell Jr, the unbeaten 140-pounder Antuanne Russell (16-0, 16 KOs) is bigger & stronger than his bro, and able to more than stand up to the punches from Tank Davis at 135.

Yesterday, Gervonta (27-0, 25 KOs) revealed on Twitter that he’ll be fighting on January 7th in Washington, DC.

The 28-year-old Tank didn’t say who his opponent will be, but the 2016 U.S Olympian Antuanne Russell has been mentioned as a possibility.

Antuanne, 26, would need to lose a little weight to face Tank at lightweight, but he weighed in at 137 lbs for his recent sixth round knockout victory over former two-division world champion Rances Barthelemy last July, and he looked blazing fast & powerful in that fight.

“Tank,” said Gary Antuanne Russell to PBC podcast when asked if there was anybody at 135 that he would be willing to come in weight to fight. “Look at my style and look at Tank’s style.”

“How much better is Gary Antuanne Russell than Rolly?” said Nestor Gibbs to thaBoxingvoice. “They both jump in and they both got power. If I’m a casual fan, they both can be compared. They’re both big.

“You’re just going to skip over a whole generation and give it to your younger brother [Antuanne]. Are you really going to shelf him? How can Gary come up with a game plan for his brother that he’s always wanted? He’s going to be bitter.

“I’m saying Gary Jr should get the fight,” said Gibbs, despite Gary Jr. coming off a loss to Mark Magsayo and fighting two weight classes below Tank Davis at featherweight.

“Gary Jr has seniority when it comes to this fight. He’s [Antuanne] won no titles. At least Gary Russell Jr is a former world champion, and it looks better on your resume, Tank, than fighting a regional champ [Antuanne].