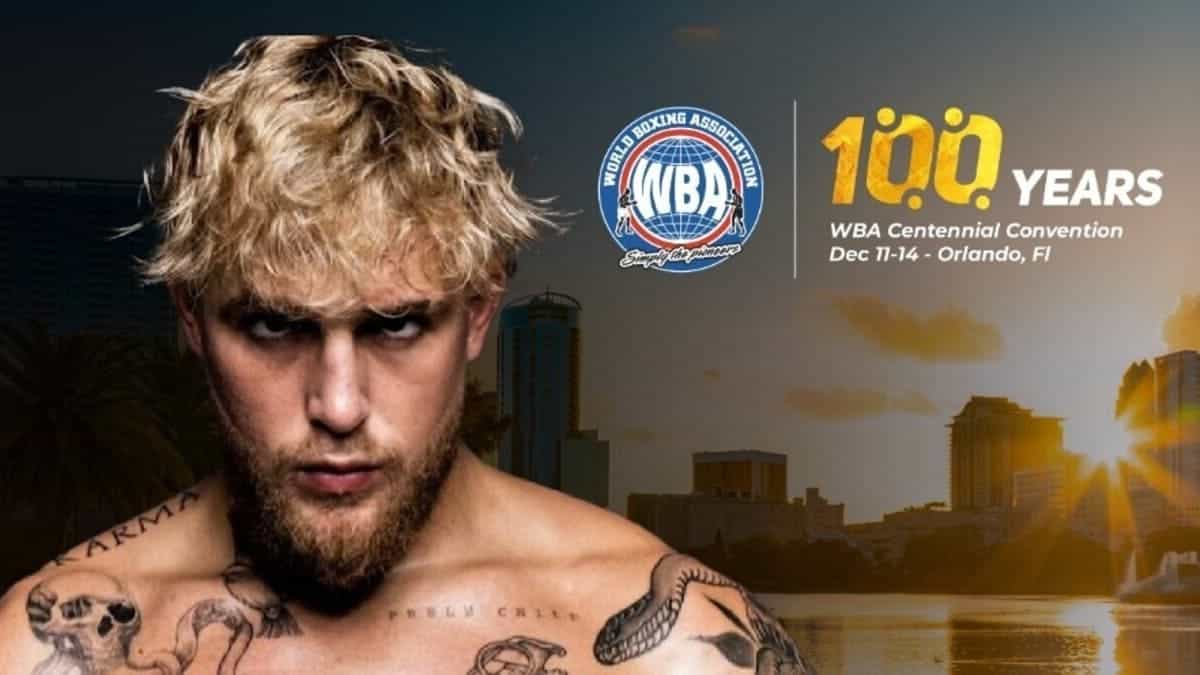 WBA chiefs released information about the attendance of YouTuber Jake Paul at the forthcoming Convention in Florida.

In their statement regarding the faux boxer, a shocking description brought back rumors the WBA may be ready to rate the former Disney child star.

Jake Paul is not a boxer

According to the WBA, Paul is a ‘world-renowned boxer’ despite never fighting a single boxer inside the ring.

The lack of understanding of what the events Paul participates in represent from sanctioning bodies is astounding. The WBA has now joined the WBC in asking the boxing public to give Paul respect.

It’s a hard thing to do when a person who calls himself a boxer never actually fights a boxer.

Nonetheless, the WBA looks forward to welcoming the wannabe fighter next month.

The convention will be held from December 11 to 14 at the Caribe Royale Hotel in Orlando, Florida.

Paul, at just 25 years old, has built a lucrative media empire. He has amassed 70 million+ followers across his digital platforms.

Jake Paul has made a serious name for himself in the boxing world [not serious to most boxing fans] with an undefeated record against the sport’s [MMA sport] biggest names.

He will participate in various activities at the convention, including speaking to attendees about the state of boxing.

Paul will add his personal approach and passion for the sport.

“We are thrilled to have Jake attend our event celebrating our 100th anniversary,” said Gilberto Jesus Mendoza.

“Jake’s professional and physical contributions to the sport have changed it in meaningful ways.

“We’re looking forward to our attendees hearing and learning from him directly.”

Most recently, Paul founded his own Most Valuable Promotions (MVP) promotional company. He began the company alongside Nakisa Bidarian with the premise that content is king and fighters are the content creators in combat sports.

Their goal is to promote women boxers and discover young, exciting, and diverse prospects in the sport of boxing.

One such example is Amanda Serrano, who signed with MVP in 2021. Serrano is the most decorated fighter in women’s boxing history, with a professional record of 43-2-1 with 30 knockouts.

The Guinness World Records recognize her for the most boxing world championships won in different weight classes by a female.

MVP’s latest prospect, Ashton “H20” Sylve, recently made waves as the co-feature on Paul vs. Silva.

He is now 8-0 with eight knockouts after his 1st round-viral knockout of Braulio Rodriguez.

Registration for this historical convention is still open.