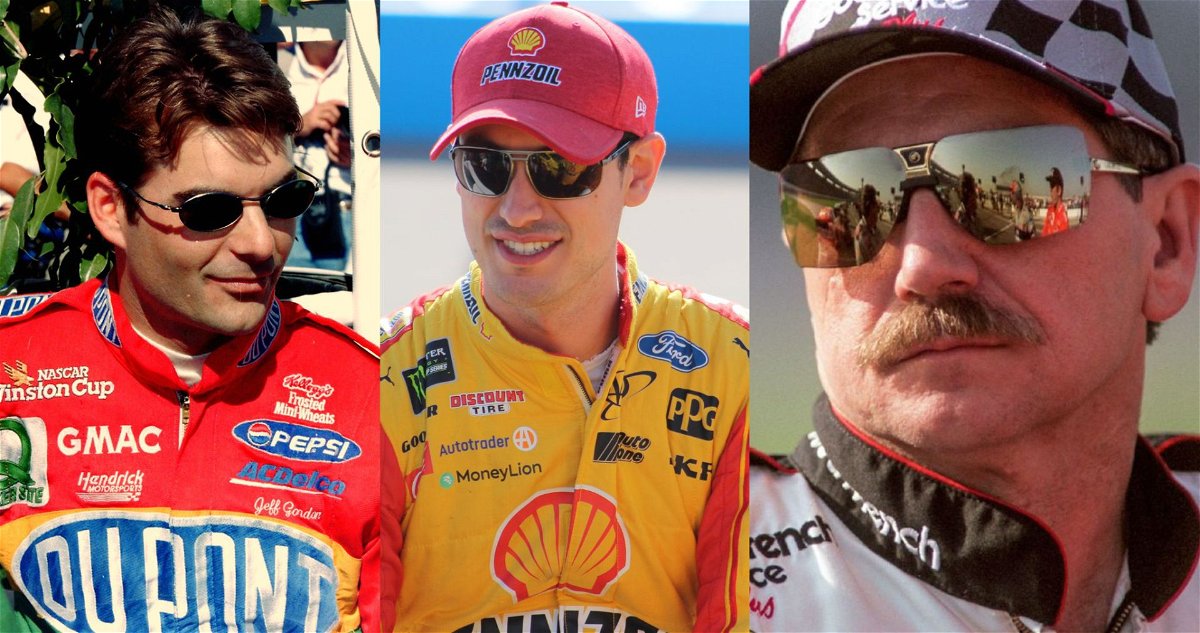 Following his second Cup Series Championship win this year, Team Penske driver Joey Logano might be on the course for greatness. However, recently NBC asked fans of the sport if they would consider him to be one of the greatest top 25 drivers of all time or not. Soon an argument broke out between fans over social media.

Logano had been pretty dominant during the playoff races this year, securing his wins early on. Ahead of the championship race at Phoenix, Logano and Team Penske had the advantage of time over their peers to prepare for the race at hand.

The extra time for preparation turned out to be key in Logano’s race for his second championship win as he stormed off to a lead and never ceded. The competition was not even close to being able to dethrone him from his course. The closest anyone got to him was Ross Chastain, which was still too far to fathom an overtake into the final laps of the race.

Fans argue whether Joey Logano is one of the greatest drivers

Following NBC’s question about Logano which asked if he was to be considered one of the top 25 drivers in NASCAR’s history, fans erupted into arguments. Discussing if he was worthy enough to be considered next to Dale Earnhardt Sr. or Jeff Gordon. Fans were divided to come up with a clear answer. While some suggested that would be true, others were too convinced and stated that it was too early to consider that Joey would be ranked so high in terms of the top 25 greatest drivers throughout the history of the sport.

Sorry I’m a Joey fan but at this point top 25. Pettyx2, Earnhardt, Johnson, Gordon, Allison, busch, pearson, Waltrip, Yarborough, Stewart, Harvick, wallace. Thats 14, what 4 do you get rid of to get him 10th?

I personally can’t stand the guy, he is a dirty racer IMO. But they guy has 2 championships and that doesn’t happen for an average driver.

kinda? there are so many different drivers that you could put in a top 25 tho

WATCH THIS STORY: 5 Times Ty Gibbs Gave Ross Chastain A Run For His Money As He Made Enemies

What do you reckon? Would you consider Joey Logano to be one of the greatest drivers to ever come through the sport? or do you think otherwise? Let us know in the comments.

Srijan Mandal is a NASCAR author at EssentiallySports. He is currently pursuing
his Master’s in Journalism and has been writing for his own blog as well,
covering NASCAR, F1, F2, W Series, MotoGP, DTM, IndyCar, WRC, and WEC. Following
motorsports for more than a decade, he has become a devout supporter of McLaren
Racing, Jimmie Johnson, Jeff Gordon, Bubba Wallace, Sir Lewis Hamilton, and
Ayrton Senna.