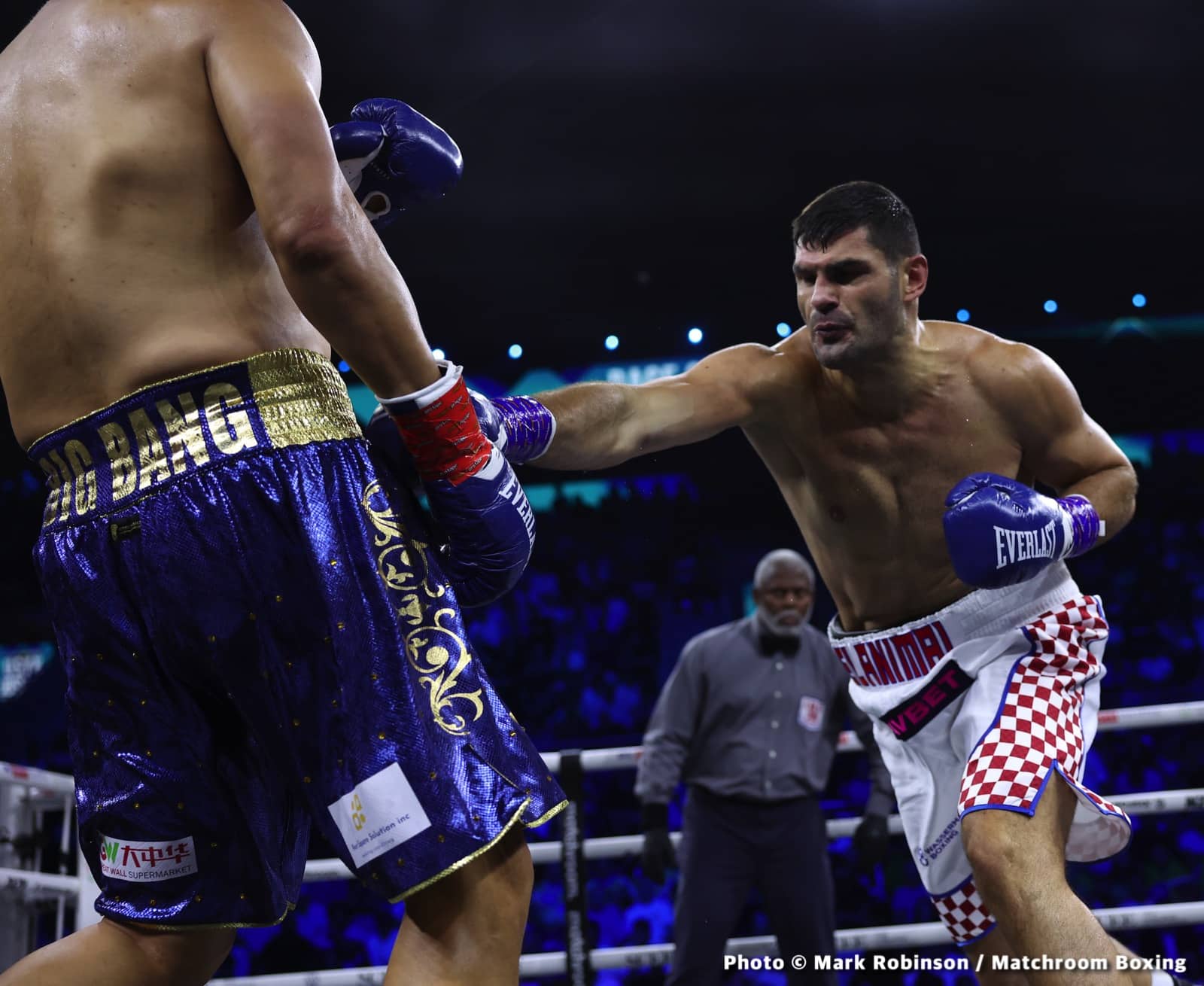 If Hrgovic did step aside for the Fury-Usyk fight, there’s a good chance that the winner, possibly Fury, would then vacate or look to face Anthony Joshua or Deontay Wilder.

It’s fair to say that Fury wouldn’t want to take a dangerous fight with the 6’6″ Hrgovic, and if Sauerland attempted to force the issue, the IBF belt would be vacated by Tyson.

So, it makes more sense for Hrgovic and Kalle to stand firm now to get the title shot against Usyk or pick up the IBF belt if he chooses to vacate it.

Again, if Hrgovic steps aside, he’s not likely to get the Fury vs. Usyk winner and would probably end up fighting for the IBF belt in a year or two after it’s vacated.

The wasted time for Hrgovic wouldn’t be a great career move because if he picked up the IBF belt in his next fight in early 2023, he’d be making money right off the bat rather than waiting until 2024 or maybe even 2025 for his chance to finally battle for the strap.

“No, it’s cut & dried the way it’s ordered,” said Kalle Sauerland to iFL TV when asked if IBF mandatory challenger Filip Hrgovic will take a step aside to allow IBF/WBA/WBO heavyweight champion to swerve his IBF-ordered fight so that he can face WBC champ Tyson Fury next for the undisputed championship.

“It’s been ordered. It’s very strict with the IBF,” said Kalle. “That’s a very clear situation as far as the IBF goes. Look at historic examples. Tyson Fury defeating Wladimir Klitschko and being stripped says later because he didn’t meet those requirements.