‘I call myself the young Peyton Manning’ 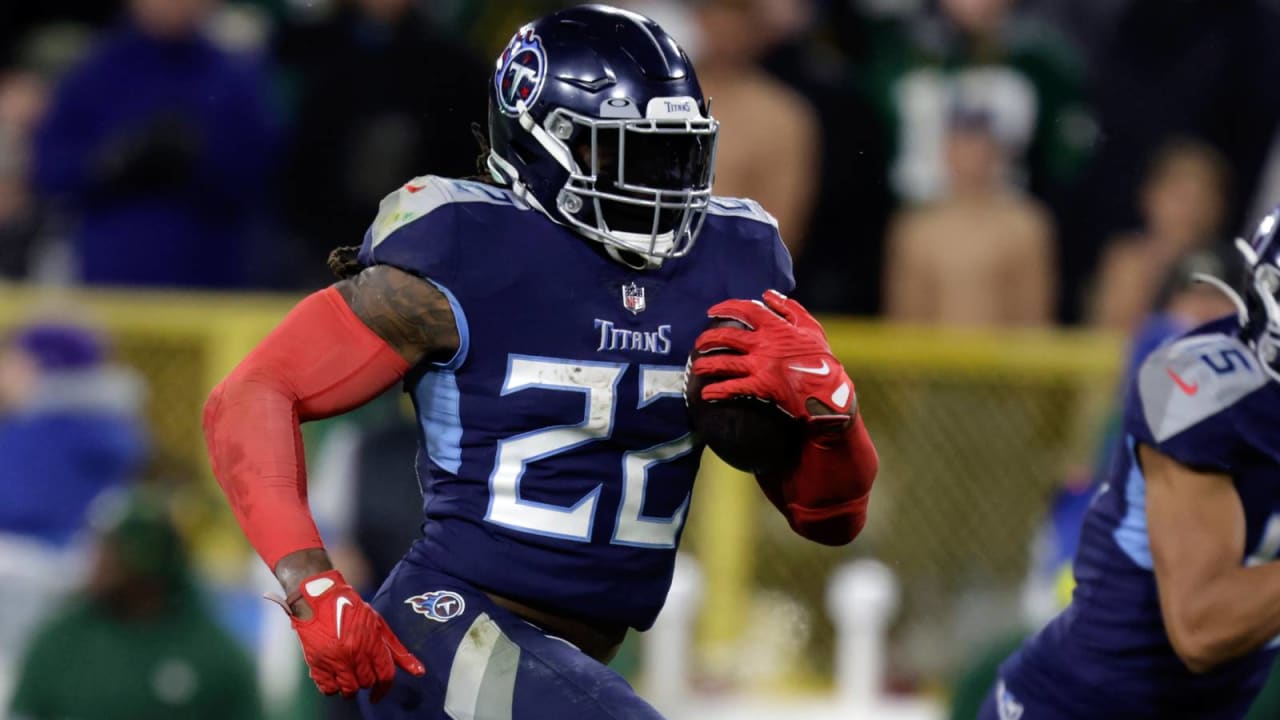 Derrick Henry’s performance in Thursday night’s 27-17 victory over the Green Bay Packers turned out like a Thanksgiving plate stuffed with a little bit of everything on the table.

The Tennessee Titans running back generated 87 rushing yards and a touchdown on 28 carries. He caught two passes for 45 yards, including a massive 42-yard screen after the Packers had pulled within a score in the third quarter.

Henry didn’t stop stuffing the stat sheet there. He added two passes, most notably a 3-yard jump pass to a wide-open Austin Hooper for a touchdown.

“I call myself the young Peyton Manning,” Henry quipped of the TD toss, via The Tennessean.

The play call was brilliant. With all eyes on the bruising back near the goal, the entire defense rallied to stop the 247-pound Henry, leaving Hopper wide open in the end zone, and the RB delivered on target, leaping over a heap of bodies.

“After I caught it I looked around and I had no idea,” Hooper said of being wide open. “I was like, wow, this was really schemed to perfection for me. Sell the run, sell the run, sell the run, watch the guy who’s supposed to cover me, he started to fill the D gap, slipped it and then just saw a mass of humanity and a ball pop over the top.”

Henry’s effort helped the 7-3 Titans to their best offensive output of the season, generating 27 points and 408 yards. He became the first running back this season to pass the 1,000-yard barrier (1,010).

With his rush TD, Henry became the fifth player in NFL history with 10-plus rush TDs in five consecutive seasons — three of the previous four players won an AP NFL MVP award within their span of 5-plus seasons (Shaun Alexander in 2005, LaDainian Tomlinson in 2006 and Adrian Peterson in 2012).

But individual accolades don’t drive King Henry, who remains motivated by naysayers from his high school days who doubted he could be an NFL player, let alone the engine of a division leader.

“It’s something that will continue to drive me,” Henry said. “I’m always motivated. Every single day I am constantly critiquing myself — every single day, and that will never stop. I want to be the best that I can be to help this team win. I’m always looking for something to fuel me.”

Henry has fueled the Titans, who have won seven of their past eight games after an 0-2 start to build a big lead in the AFC South as we hit Thanksgiving week.