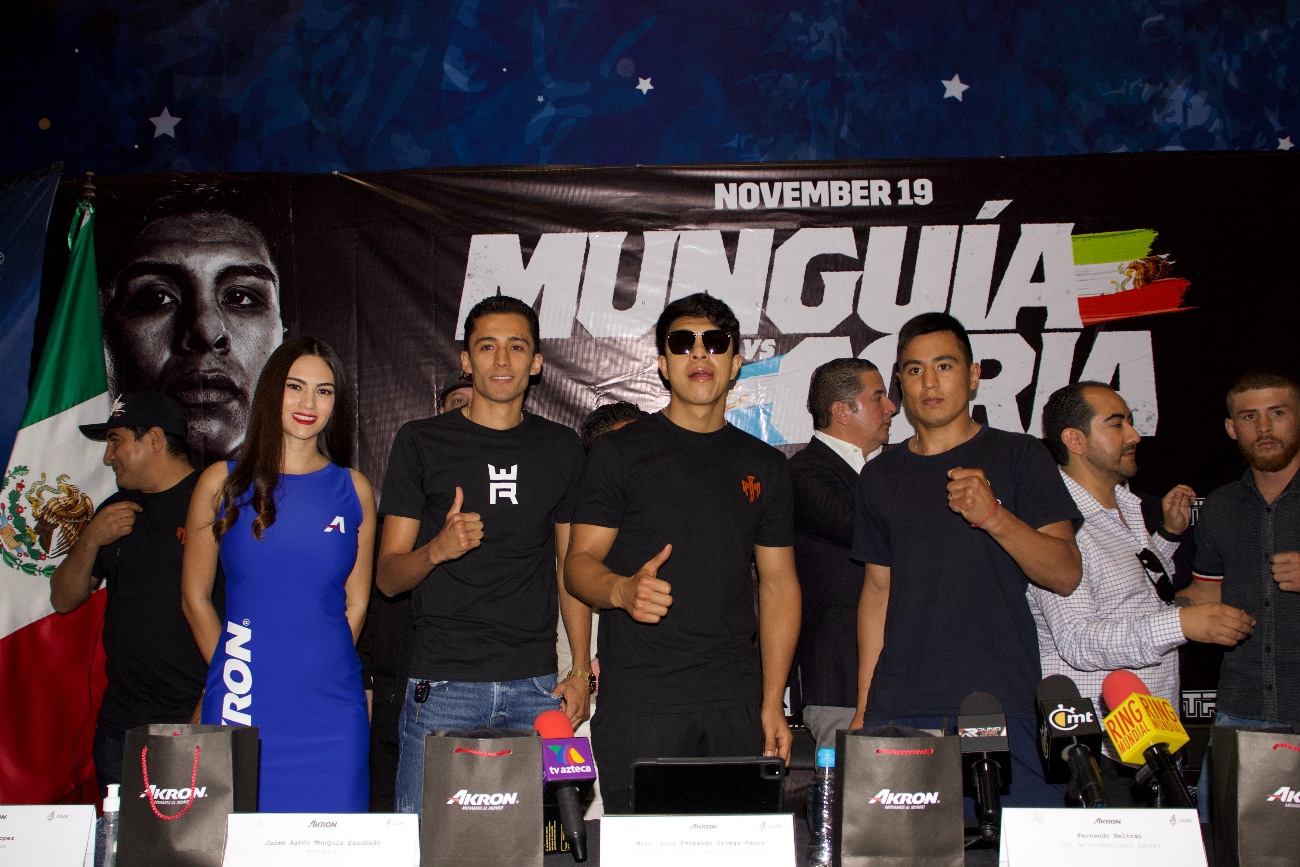 By Sam Volz: Jaime Munguia (40-0, 32 KOs) and his opponent Gonzalo Coria (21-5, 8 KOs) met on Thursday afternoon for their final press conference for their Golden Boy-promoted event in Guadalajara, their 10-round bout this Saturday, November 19th, on DAZN at the Arena Astros. The two will be fighting in the card starting at 5:00 p.m. ET / 7:00 p.m. ET.

There hasn’t been much of a promotion for the Munguia vs. Coria fight, and you wouldn’t know that it’s happening unless were looking closely.

It’s unclear why Golden Boy picked out Coria as the opponent for Munguia because recession from the opposition the 26-year-old former WBO junior middleweight champion has been facing since he moved up to 160 three years ago in 2019.

Munguia is hoping to get a title shot next year against IBF/WBA middleweight champion Gennadiy Golovkin or WBC champ Jermall Charlo, but it remains to be seen whether that’ll happen.

If Munguia does get a crack at one of those guys, hopefully, he’ll be ready because his opposition hasn’t prepared him for what he’ll be dealing with against either of those champions.

“I am very excited to be in Guadalajara! We are ready to bring a show to the fans here. In boxing, there are no simple opponents, and Coria is no exception. We hope that once we pass this hurdle, we are set for a big fight in 2023,” said Munguia during Thursday’s final press conference.

The Argentinan Coria has been in with a handful of well-known fighters and lost each time. That probably explains why he’s been picked out for Munguia to fight because he’s not a threat to beating him.

“I am excited for the opportunity to showcase my talent against a great champion like Jaime. We have trained hard, and come Saturday, the fans are in for a treat,” said Coria.

If Coria beats Munguia, that would be a massive shock and a real disappointment for Golden Boy Promotions because they’ve not yet been able to put him in with a big name during his career.