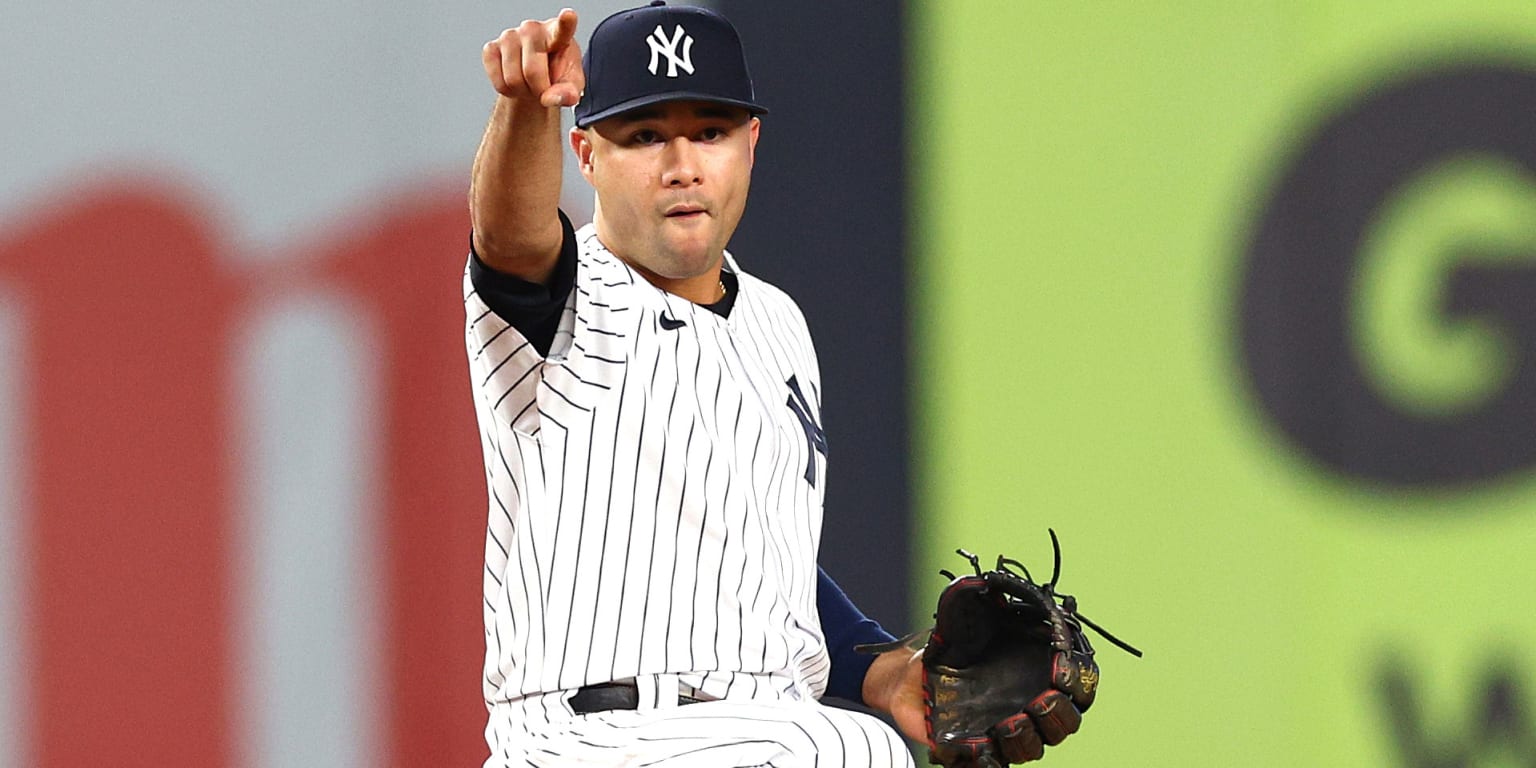 NEW YORK — The Yankees agreed to terms on one-year contracts with shortstop Isiah Kiner-Falefa and right-hander Lou Trivino on Friday, avoiding arbitration with both players.

Kiner-Falefa will earn $6 million next season, while Trivino inked a $4.1 million deal. The Yankees tendered contracts to all their eligible players ahead of Friday’s 8 p.m. ET deadline.

The 27-year-old Kiner-Falefa had been reported as a non-tender candidate after earning $4.7 million this past season, when he served as the Yankees’ regular shortstop before being benched during the playoffs.

Acquired from the Twins along with third baseman Josh Donaldson and catcher Ben Rortvedt in a March trade that sent catcher Gary Sánchez and infielder Gio Urshela to Minnesota, Kiner-Falefa batted .261/.314/.327 with 20 doubles, four homers, 48 RBIs and a career-high 22 stolen bases in 142 games.

Though the Yankees repeatedly defended Kiner-Falefa’s defense, citing internal metrics that painted him among the top three to five shortstops in the league, Kiner-Falefa was charged with 15 errors during the regular season.

A Rawlings Gold Glove Award winner in 2020 with Texas, where he played third base, Kiner-Falefa lost playing time after miscues early in the American League Division Series against the Guardians.

“On the balance of the season, [Kiner-Falefa] was very good,” manager Aaron Boone said. “I know there were some frustrations with the errors that he would have on occasion, and where I felt like I had to do something with the lineup because I felt like it was something that came into play during one of the series. But on the whole, I feel like he was by and large excellent defensively, and in the top part of the league among shortstops.”

Re-signing Kiner-Falefa does not necessarily preclude the Yankees from seeking a trade involving him. Yankees managing general partner Hal Steinbrenner said this week that it is his “intent” to give top prospects Oswald Peraza and Anthony Volpe opportunities to win starting jobs in the middle infield; general manager Brian Cashman said that could be sorted out in the spring.

“Kiner-Falefa gave us an opportunity to bridge the gap while the kids continue to develop,” Cashman said. “Everybody in the industry, teams and fans alike, recognize that we have some pretty potentially impactful prospects that are developing and needed some more time.”

Trivino, 31, was 1-2 with a 1.66 ERA in 25 appearances after being acquired from the Athletics in an Aug. 1 deal that also sent right-hander Frankie Montas to New York, with infielder Cooper Bowman, righty Luis Medina, left-hander J.P. Sears and lefty Ken Waldichuk going to Oakland.