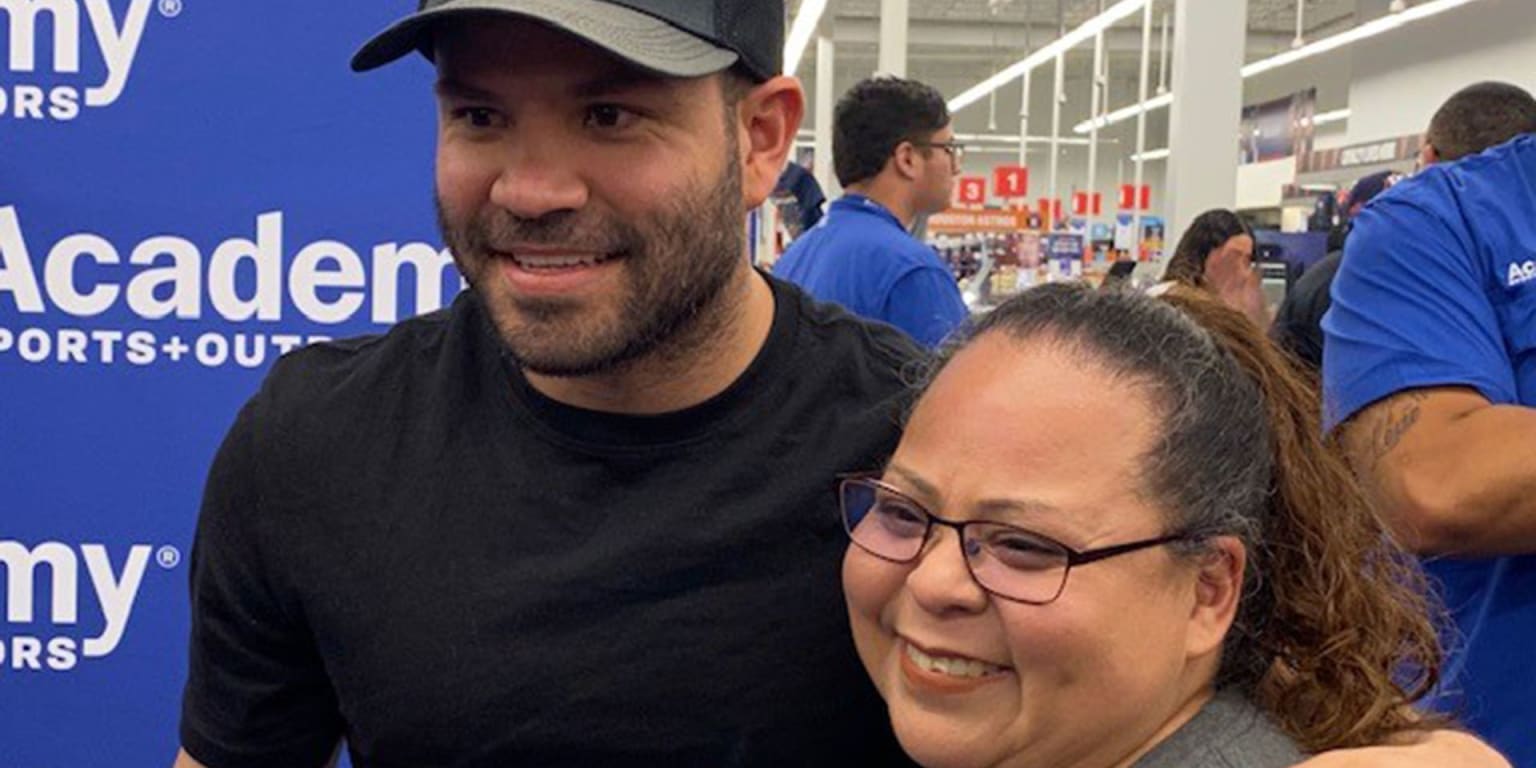 PASADENA, Texas — Astros fan Liza Valverde will always remember Nov. 9, 2022, as the day she was told she had beaten uterine cancer. In keeping with tradition, Valverde was asked if she wanted to ring a bell at the hospital to signal the end of her treatment. She had other plans.

Valverde, who lives in the Houston suburb of La Porte, raced over to a sporting goods store in order to be first in line to meet Astros star second baseman Jose Altuve during an autograph signing session five days after the Astros won the World Series. Valverde was the first in line and had to wait 36 hours outside the store before finally meeting Altuve.

Valverde actually did get to ring a bell while waiting in line, thanks to a fellow Astros fan who became aware of her story and brought a bell to the store. She waited overnight with her family before finally being ushered inside to meet Altuve on Nov. 10.

“That was way better than ringing a bell,” she said.

Altuve gave Valverde a hug and spent a few minutes talking with her. She was almost brought to tears as Altuve signed his autograph on a No. 27 Space City jersey, as well as a pair of newspaper posters.

“What can I say?” Altuve said. “I’m obviously happy for her that she’s supposed to ring the bell. That’s a good thing, obviously, in her life. The fact that she didn’t go and came here makes me feel so good. I was a little emotional when she told me that. What can I say? I’m really happy we can make people happy like the whole team did this year.”

Valverde said she didn’t want to let go of Altuve.

“It was something I’m never going to forget,” she said. “That’s why I beat cancer, so I can be here.”

Valverde, a mother and grandmother, has been an Astros fan so long she considered Jose Cruz and Nolan Ryan as her favorite players from years ago. But nobody can match Altuve, who might be the most popular and most accomplished Astros player in franchise history.

“I’m never going to forget it,” she said.

Valverde said she plans to frame the jersey and the posters so she can remember her encounter with Altuve — an encounter that means so much more than a fan meeting her favorite player. For Valverde, it was the end of a year-long battle and the start of a cancer-free life.

“It’s been a tough year,” she said. “It’s been an up-and-down battle. I had other things happen. I got laid off from my job and didn’t have health insurance. It was rough, but I got through it and I’m here. Best moment of my life right here.”