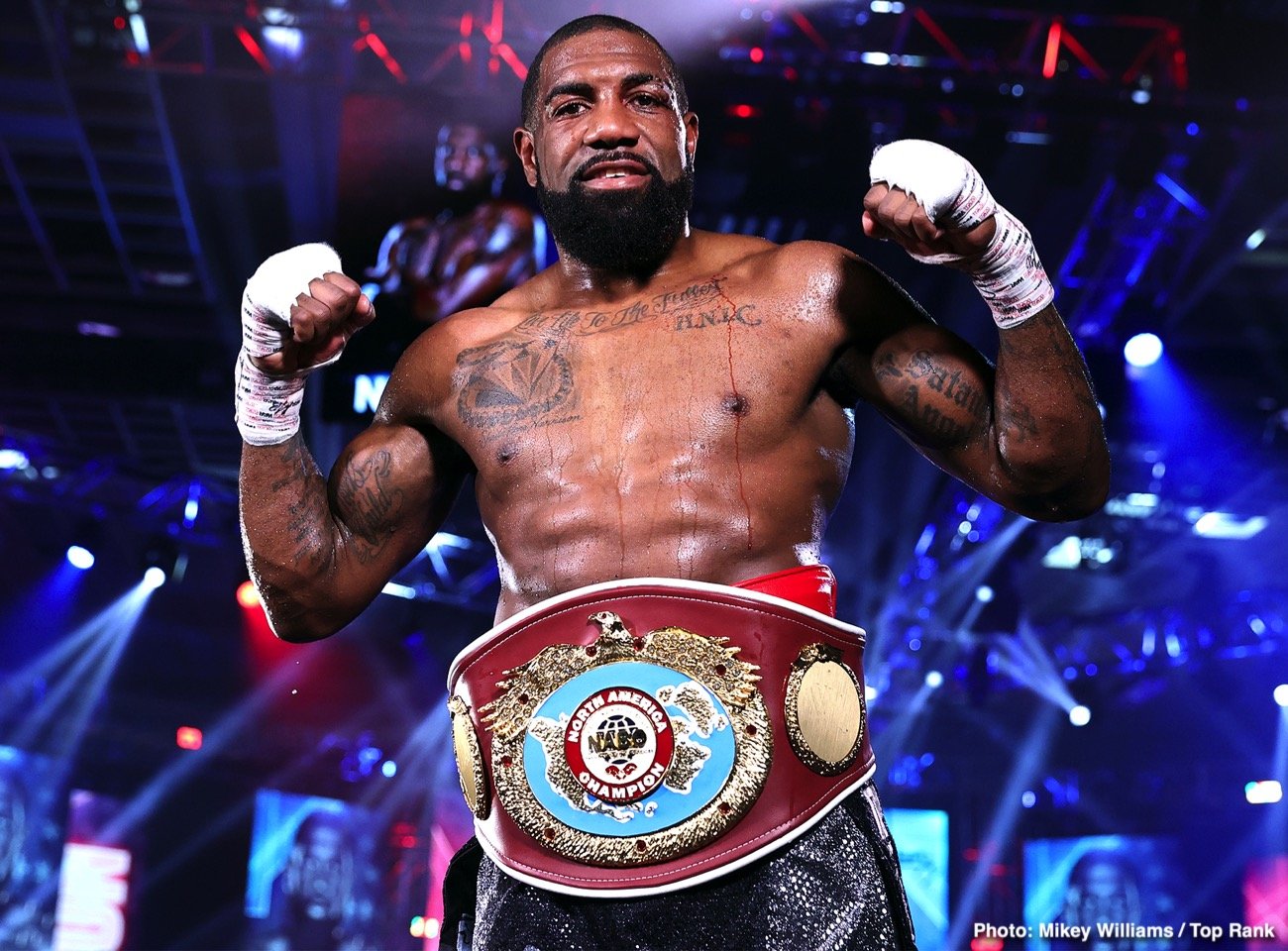 By Vince Dwriter: After experiencing a two-year layoff, super middleweight contender Steven “So Cold” Nelson (17-0, 14 KOs) is set to make his return to the squared circle in his hometown on the BLK Prime Terence Crawford vs. David Avanesyan undercard, as he will face James Ballard (10-4, 3 KOs) at the CHI Health Center on December 10.

A native of Omaha, Nebraska, Steven Nelson grew up with Terence Crawford, but he wasn’t interested in participating in boxing until the age of 21 while serving in the military. Nelson wanted to utilize an alternative type of workout to stay in shape, and boxing was his exercise of choice.

After two weeks of training, Nelson’s coach told him he was a natural, and shortly after receiving the vote of confidence from his coach, Nelson started training full-time and competing in the ring. He called Crawford to let his childhood friend know that he was boxing, and when he comes home, they should spar with each other, but Crawford told Nelson that he wasn’t experienced enough to share the ring with him at that particular time.

When Steven Nelson visited home, he received the opportunity to spar with Terence Crawford, and at that point, he realized the fact that there are levels to the fight game. After sparring with Crawford, the experience motivated Nelson and made him work harder as he strived to reach Crawford’s level.

He made his pro debut in March 2016 by scoring a first-round TKO victory against Billy Colon at the Arena Theatre in Houston, Texas. From there, he proceeded to reel off sixteen victories in a row.

The last time Steven Nelson competed inside the ring was in September 2020, when he faced DeAndre Ware at the MGM Grand Conference Center in Paradise, Nevada. During the first round of the bout, Nelson was very active with his jab, but the round was highlighted by the right hand Nelson landed that buckled Ware’s knees.

Nelson dictated the pace in round two as he pressed forward and landed solid shots, but a clash of heads opened up a cut on his left eye. Four rounds later, he was involved in another clash of heads, and unfortunately for Nelson, the headbutt opened up a second cut on the same eye.

With blood streaming down his face, Nelson felt a sense of urgency, and as a result, he proceeded to pick up the pace. He doubled up on the jab to get inside, and once he got inside, he landed a flurry of hard shots to his opponent’s head and body.

Near the end of the sixth round, Nelson pinned Ware against the ropes, and he continued to land hard shots until the referee stepped in to put a halt to the contest. A short time after his TKO victory against Ware, an unfortunate event occurred as Nelson tore his achilles while training.

Now, after recuperating from his injury, the 34-year-old is ready to make his return to the ring. He has big plans for his career in 2023, but first, he must put on a show for his hometown fans in Omaha, Nebraska, as part of the Crawford-Avanesyan event, on BLK Prime’s first major professional boxing card.

Steven “So Cold” Nelson had to get through a bit of adversity that came to him in the form of an injury, but now he’s healthy and ready to show the world that he’s a worthy contender in his weight class.

“It’s been a long time since I been in the ring, and I’m happy to be back out on a show in front of my hometown. It’s going to be a great night as a star of my city. It sounds cliche, but I’m definitely better than I left because I feel like I had a rebirth. I had time to refocus, and the time off makes me hungry to climb my way back up top.”