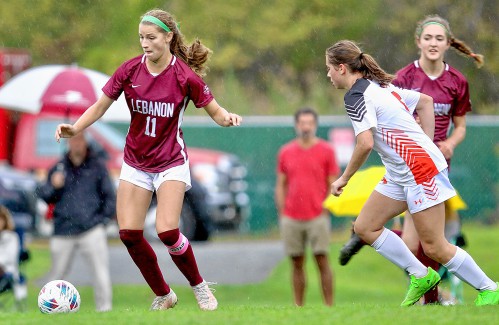 The New Hampshire Soccer Coaches Association announced the All-State teams for the 2022 season on Friday, as well as the Granite State rosters for the Lions Cup games between top seniors from New Hampshire and Vermont that will take place at Hanover High in the summer of 2023.

On the girls’ side, Lebanon midfielder Mary Rainey and Stevens midfielder/forward Stella Lavertue made the Lions Cup team.

Rainey, a Bowdoin College commit, scored nine of the Raiders’ 23 goals while assisting on five others.

Lavertue was the leading scorer on a Cardinals team that finished 16-2-1 and reached the semifinals in Division III.

Below are the local athletes who earned NHSCA All-State honors for their performance this fall.