Grandfather and grandson team up on the tennis court 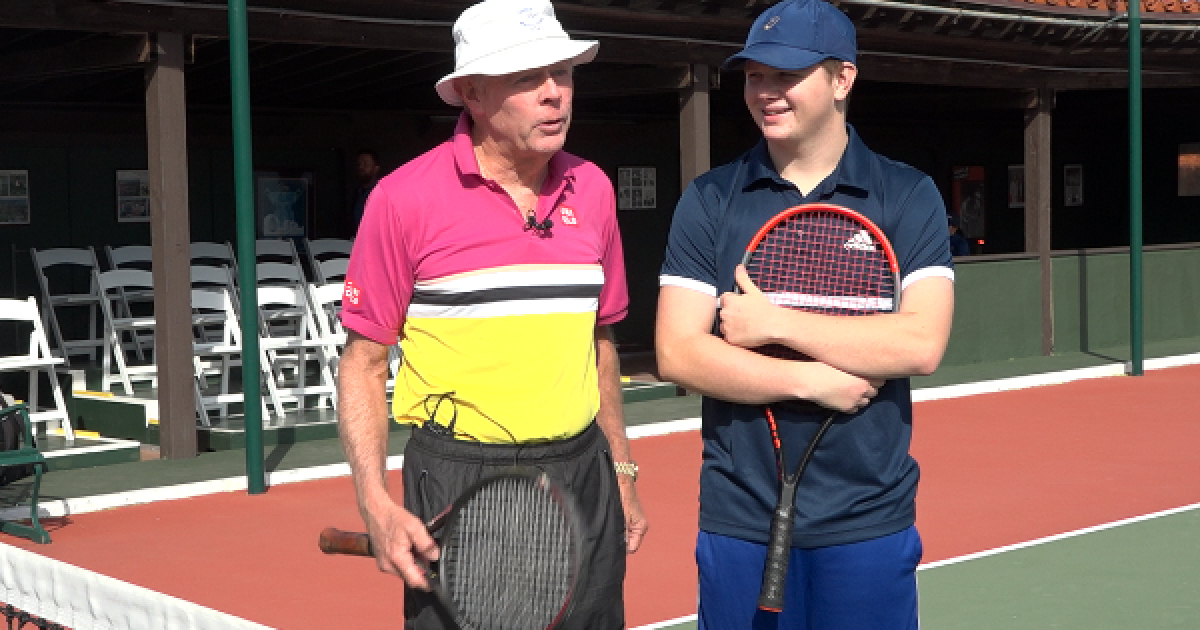 LA JOLLA, CA (KGTV) — The La Jolla Beach and Tennis Club has hosted many tournaments over the years, for all ages and all skill levels. When the USTA National 40 Hard Court Championships get underway, the field will include players competing in the Grandfather/Grandson division.

One of the teams in the field are locals Bill Kellogg and his grandson Hayden Worst. The time they now spend together on the tennis court you might call priceless

“It’s terrific exercise,” says Bill, who has played in many of the USTA events.

His grandson Hayden, who is a wrestler at La Jolla High School is new to the sport of tennis

“I think it’s fun to just get out and play.”

Bill is no stranger to the La Jolla Beach and Tennis Club, as he has played in past tournaments with both his day and more recently his daughter.

“The beach club started the national father and son hard court championships back in the sixties.”

Ten years ago Bill dreamed of playing with his grandson, but no division existed. So he came up with the idea for a Grandfather/Grandson division which went through a pilot period. After interest grew over time, that division is now a regular part of the USTA National Championships

“Well, I think it’s pretty cool to play with my grandson Hayden. Families have gotten older, but people still want to play. For our family, it’s important to keep tradition going.”

This tournament gives Bill and Hayden the chance to spend quality time together.

“I don’t get to spend a lot of time with my grandkids because they are always busy with their soccer and their school and everything.”

“Pops has really inspired me to play tennis and I’m really excited to play with him,” says Hayden.

Bill calls this opportunity to play with Hayden a dream come true. Hayden is the first grandchild to participate in the event

“I think family time, particularly in a wholesome activity like tennis, is a great thing.”

The game of tennis has created a tight bond for Bill and Hayden and while they don’t expect to take home a trophy, Bill says that is not what really matters most.

“To win a couple of games would be awesome, but we are trying to spark some interest here. I think this will be fun to do and I’m hoping Hayden will ask me to play again. I hope I don’t let him down.”