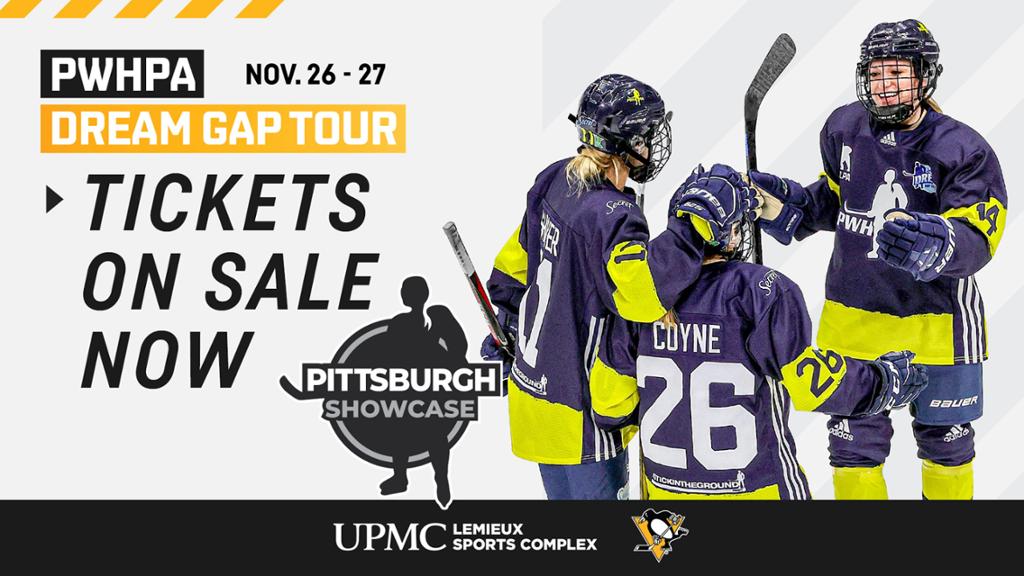 In partnership with the Pittsburgh Penguins, the UPMC Lemieux Sports Complex will host the Professional Women’s Hockey Players Association’s (PWHPA) third event of its 2022-23 season this weekend. The event will consist of a total of four games, as well as community events, including two girls hockey clinics.

Games will take place on Saturday, November 26 and Sunday, November 27 as the PWHPA’s four teams continue to battle for season points. Tickets are available for purchase now via https://www.showpass.com/o/pwhpa/.

The event will be the PWHPA’s third Secret® Dream Gap Tour stop of the season following Montreal, QC on October 15-16 and Truro, NS from Nov 4-6.

The PWHPA last played in Pittsburgh in March 2022 when the Pittsburgh Penguins hosted a post-Olympic “Rivalry Rematch” between Canada and the United States, which saw an attendance of more than 5,000 fans. Forty-three Olympians will once again be on the ice, including the likes of Hilary Knight, Kendall Coyne and Marie-Philip Poulin.

Professional Women’s Hockey Players Association’s (PWHPA) mission is to promote, advance and support a viable professional women’s ice hockey league in North America that showcases the greatest product of women’s professional ice hockey in the world. The organization aims to provide a united voice to players advocating for the creation of a sustainable professional league. PWHPA is working to accomplish its mission by coordinating training needs and programming opportunities and collaborating with like-minded organizations to make hockey more inclusive for women and future generations. To learn more about PWHPA and the Secret® Dream Gap Tour, visit pwhpa.com.