NBA-leading Celtics bounce back from loss to beat Mavericks 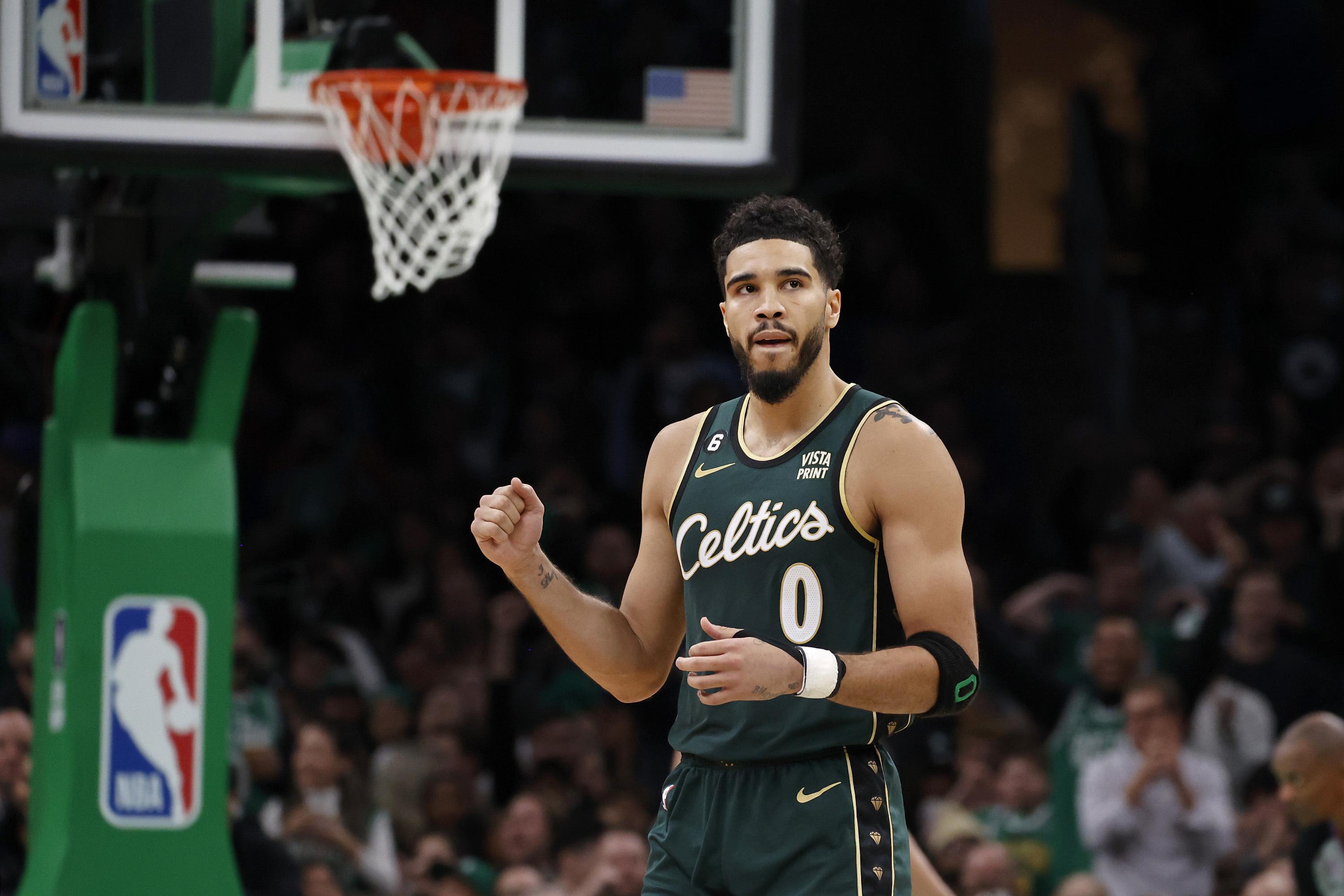 BOSTON (AP) — Jayson Tatum had 37 points and 13 rebounds and Jaylen Brown scored 31 points to help the NBA-best Boston Celtics bounce back from a rare loss and beat the Dallas Mavericks 125-112 on Wednesday night.

The Celtics, who have an NBA-leading 14 wins, had won nine straight before losing to the Chicago Bulls on Monday night.

Luka Doncic scored 42 points for the Mavericks, who had beaten Boston four straight times. Three of the wins came on a 3-pointer in the final seconds, and two of those were with no time at all on the clock.

But Doncic wasn’t able to keep this one close.

TORONTO (AP) — Kyrie Irving scored 19 of his 29 points in the third quarter, Nic Claxton had 14 points and 12 rebounds and Brooklyn beat short-handed Toronto.

Toronto held Kevin Durant to 12 points but still lost to the Nets for the fifth time in seven meetings after winning 21 of the previous 25. Durant scored his 26,074th career point in the third quarter, passing Kevin Garnett (26,071) for 18th place on the NBA’s list.

Royce O’Neale made a career-high five 3-pointers and scored 15 points, and Ben Simmons had 14 for the Nets, who bounced back after losing at Philadelphia on Tuesday. Brooklyn has won three of four.

Chicago began the week with a 6-10 record but has now beaten the top two teams in the standings. The Bulls ended Boston’s nine-game winning streak Monday night.

Giannis Antetokounmpo had 36 points, 11 rebounds and seven assists for the Bucks, who lost for just the second time in 11 home games this season.

CHARLOTTE, N.C. (AP) — Terry Rozier scored nine of his 22 points in the final five minutes and Charlotte rallied to beat Philadelphia in a matchup of injury-riddled teams.

Charlotte, which trailed by 13 points in the first half, won for only the second time in 13 games and ended a three-game skid.

Milton had 22 points, Melton 20, Harris 19 and Harrell 16 for Philadelphia. Harrell was playing in Charlotte for the first time since that franchise allowed him to leave via free agency last summer.

Malik Monk led the Kings with a season-high 27 points, and Domantas Sabonis had 15 points and 13 rebounds.

Brown had 17 points, 13 rebounds and 10 assists. Denver played without starters Jamal Murray and Michael Porter Jr. Porter. missed the game with a left heel injury, while Murray was held out for rest.

CLEVELAND (AP) — Donovan Mitchell scored 34 points and Jarrett Allen had a season-high 24 points and 13 rebounds in Cleveland’s victory over Portland.

Darius Garland had 24 points and 12 assists to help Cavaliers complete a 4-0 homestand and improve to 12-6.

Jusuf Nurkic had 22 points and six rebounds for Portland. The Trail Blazers have lost four straight.

Portland guard Damian Lillard missed his second game in a row because of a strained right lower leg.

MIAMI (AP) — Kyle Lowry scored 24 of his 28 points in the first half, Tyler Herro made four 3-pointers in the fourth quarter and Miami beat Washington to end a four-game slide.

Caleb Martin scored 24 points and Herro finished with 17 in his first game back following an eight-game absence with a sprained ankle.

The teams will meet again Friday in Miami.

INDIANAPOLIS (AP) — Karl-Anthony Towns scored 23 points — nine of them in a row in a key third-quarter run — and Minnesota beat Indiana.

Minnesota has won five in a row, four of them on the road, to improve to 10-8. Indiana had a five-game winning streak snapped to drop to 10-7.

Williamson was 14 for 18 from the field. The Pelicans extended their lead to 24 points in the fourth quarter in winning for the seventh time in nine games.

Jonas Valanciunas finished with 22 points and 10 rebounds for New Orleans.