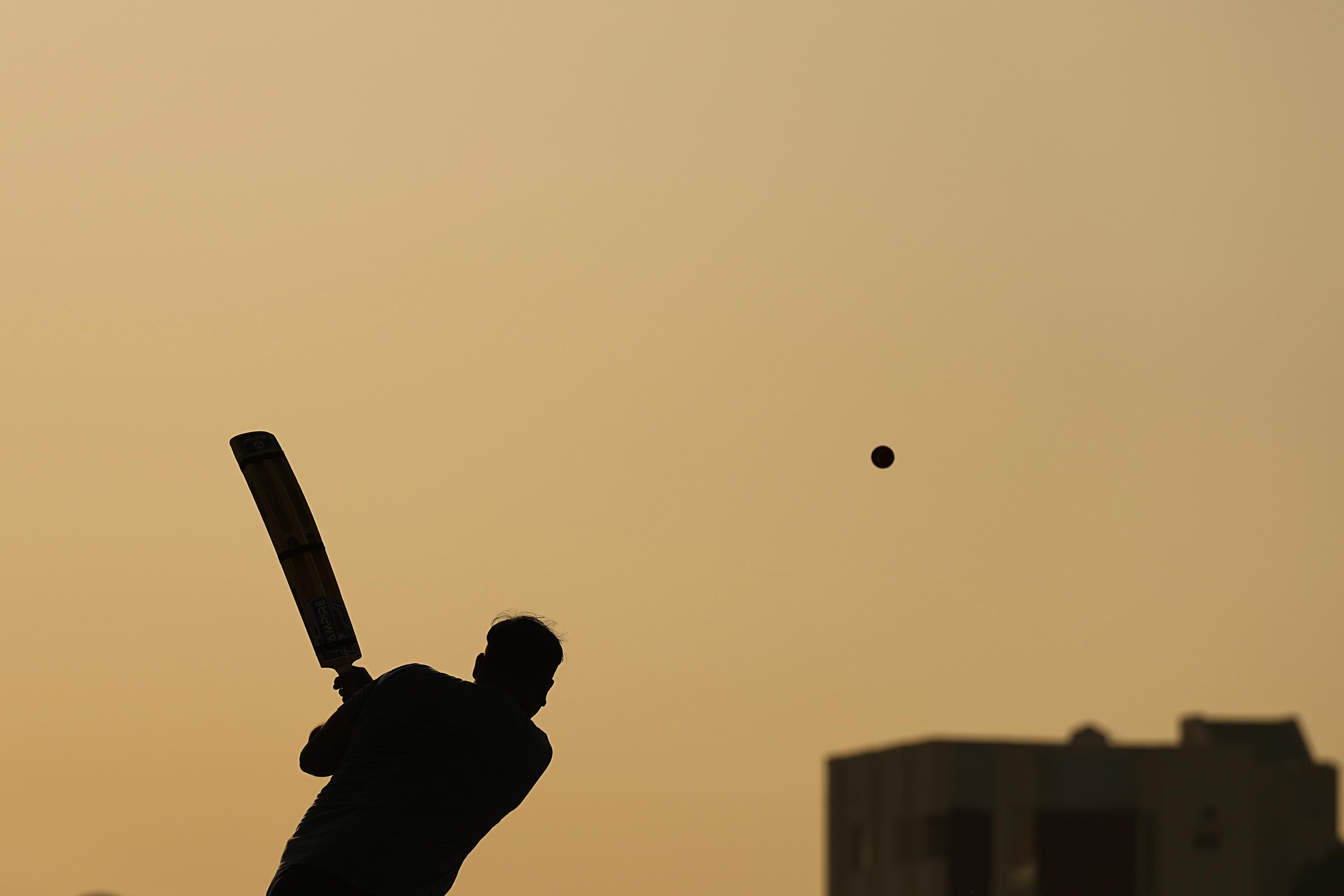 DOHA, Qatar (AP) — As dawn broke Friday in Qatar, the laborers who built this energy-rich country’s World Cup soccer stadiums, roads and subway filled empty stretches of asphalt and sandlots to play the sport closest to their hearts — cricket.

The sport that spread across the reaches of the former British empire remains a favorite of the South Asian laborers who power economies across the Arabian Peninsula.

It’s a moment of respite for workers, who typically just have Friday off in Qatar and much of the rest of the Gulf Arab nations. And it’s one they look forward to all week, batting and bowling before the heat of the day fully takes hold.

“It’s in our blood,” said laborer Kesavan Pakkirisamy as he coached his team at one sandlot, the skyline of Doha visible in the distance. “We’ve played cricket since a long time. It’s a happy journey for us.”

Laborer rights have been a focus of this World Cup since Qatar won the bid for the tournament back in 2010. Workers can face long hours, extortion and low pay. Qatar has overhauled its labor laws to put in a minimum wage and untie visas from employers, though activists have urged more to be done.

On Fridays, however, laborers control their day. Just down the road from the global headquarters of Qatar’s satellite news network Al Jazeera, workers gathered in a parking lot and another large desert expanse wedged between roads.

Some appeared nervous when Associated Press journalists stopped by their matches, with several asking if they’d be in trouble for playing cricket in vacant lots in his autocratic nation. Others, however, smiled and invited visitors to watch.

Hary R., an Indian from the southern state of Kerala, showed a reporter the mobile phone app he used to keep track of runs and overs. While Friday’s match was a friendly, there are tournaments organized among the Indian and Sri Lankan communities in Qatar to vie for supremacy.

“We are working throughout the week and we need to just get relaxed and meet our friends just for time pass and entertainment,” he said. His teammates on the Strikers, some of whom wore matching uniforms, shouted at him to keep track of the game.

Pakkirisamy, who shouted encouragement near two discarded couches used by players as a bench, praised his company for helping his colleagues take part in wider competitions.

“From my father and my grandfather, they have been playing in cricket since since a childhood age,” he said, describing a lifelong love of the game.

Pakkirisamy and his teammates, while lovers of cricket, still were excited about the World Cup being in Qatar.

“We are here for work, we are here for earning something for our family,” he said, adding that being in Qatar means, “It’s easy for us to be there, to see the game on ground, not only the TV.”

Cricket, with its lush green grass pitches, may seem like an anomaly in the deserts of the Arabian Peninsula. However, the need for migrant labor has seen Gulf Arab nations draw cricket-playing workers to their shores for decades.

The United Arab Emirates has a cricket team that qualified for the International Cricket Council’s T20 World Cup in Australia last month.

Dubai in the UAE is even home to the ICC’s headquarters and has hosted major cricket events, including the Indian Premier League, the Pakistan Super League and the T20 championships.

But for laborers in the region, any empty patch of ground can be turned into a pitch.