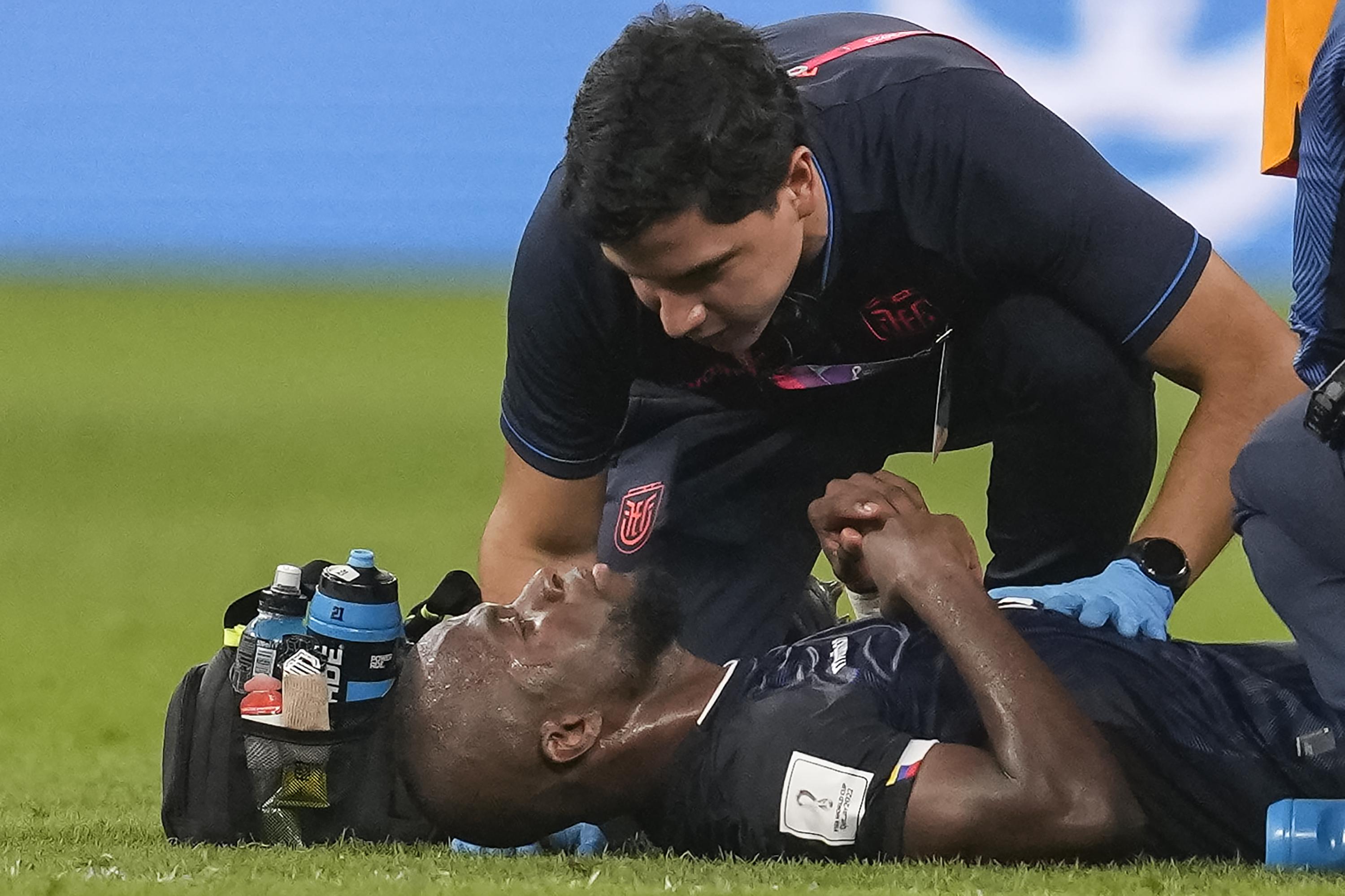 DOHA, Qatar (AP) — Enner Valencia has scored Ecuador’s last six World Cup goals so there’s no understating how worried his country is after he was carried off the field on a stretcher against the Netherlands .

Ecuador hopes that the 33-year-old striker’s troublesome knees are OK for a decisive final group match against Senegal on Tuesday. He hurt his right knee against the Netherlands after spraining his left knee in the first game against Qatar.

He was up and walking a little while after that stretcher ride with an ice pack strapped to his right leg.

Ecuador’s captain has three goals in two games in Qatar and is clearly key to its chances of reaching the knockout stage for only the second time. He scored three in three games in Ecuador’s last World Cup appearance in 2014 but that wasn’t enough to advance in Brazil.

La Tri have a slight advantage this time by needing a win or a draw to be certain of going through. Senegal has to win to be sure of advancing.

A victory by host Qatar over Netherlands would make other permutations possible in Group A but that result is seen as unlikely given the Qataris’ struggles. They have already been eliminated.

A prolonged stay at the World Cup would put more strain on Valencia’s knees and an ongoing ankle problem but there’s no doubt he’d take the pain for some World Cup joy after 10 years of service to the national team.

The young Ecuador team beat Qatar 2-0 in the tournament’s opening game then stretched the favored Netherlands in 1-1 draw.

“No matter what happens in the next game, I’ll never change my mind about these guys,” Alfaro said. “I’m certain that a great future awaits them. They’re fighting their first battles.”

While Ecuador holds out hope for Valencia’s fitness, Senegal is already two games into life without its best player.

It was still a work in progress in an opening 2-0 loss to Netherlands but Senegal came closer to fully adjusting to Mane’s absence when forwards Boulaye Dia, Famara Diedhiou and Bamba Dieng all scored in a 3-1 win over Qatar to revive Senegal’s chances.

Senegal, ranked No. 18 in the world and fresh from winning the African Cup of Nations title in February, would normally be the clear favorite over the inexperienced No. 44 Ecuador, even with Valencia’s extraordinary run of scoring in four of Ecuador’s last five World Cup games.

It’s never so simple at a World Cup and certainly not at this one after No. 3 Argentina lost to Saudi Arabia and No. 2 Belgium fell to Morocco.

“Just look at how the World Cup is unfolding,” said Senegal coach Aliou Cisse. “I think anything can happen at this World Cup. It’s not like 30 years ago when the big fish were completely eating the little fish alive.”