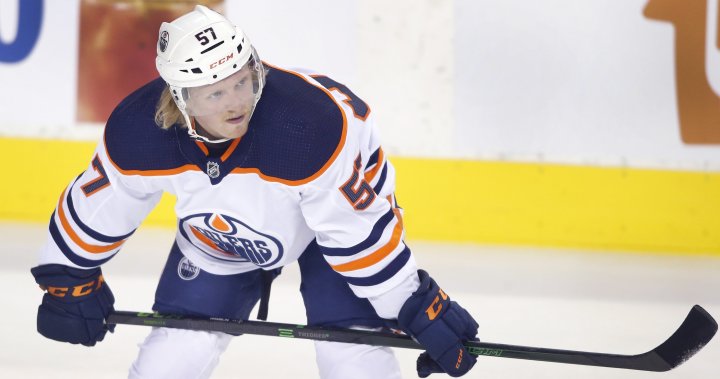 “Tears were shed,” Hamblin said of telling his family about being called up from Bakersfield. “A lot of hard work was put in to get to this point.

“It was a rush of emotions. I immediately called my dad and could barely get it out to him.”

Edmonton Oilers rally in third for win over Rangers

Hamblin’s mother passed away in 2018.

“She did so much for me. I wouldn’t be here without her,” said Hamblin. “I’m just so thankful for her.”

Hamblin, 23, played for Medicine Hat in the WHL and wasn’t drafted into the NHL. He’s spent the last two-plus seasons with the Oilers farm team. For part of that tenure, his head coach was Jay Woodcroft.

“I don’t think you get to the NHL without that mindset of being relentless at his size,” said Woodcroft. “He is a relentless person. As a player, he’s gifted with a high hockey IQ. He gets to the right spots on the ice.”


With Stuart Skinner slated to start in goal and Tyler Benson also on the roster, that gives the Oilers three players who played bantam for the South Side Athletic Club from 2011 to 2013.

“It’s been a lot of fun,” said Skinner. “It feels like where he (Hamblin) belongs. It’s pretty cool that the three of us get to be here together.”

“There must be a good system here,” said Hamblin.