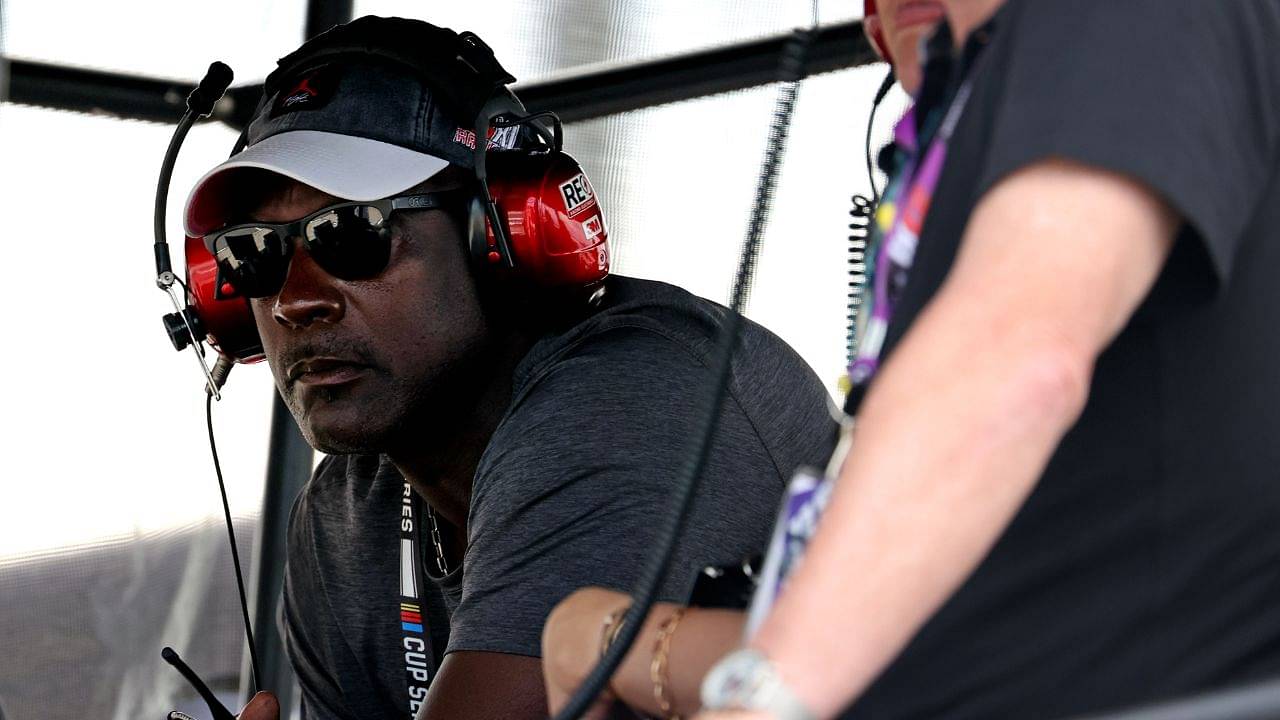 Michael Jordan is one of the biggest names in the basketball, nay, sporting world. The 6x Champion took the NBA to a whole new level and made it popular across the globe. Best known for his sheer dominance and the ability to take over the game at any given moment, Jordan boasts a stellar 6-0 record in the NBA Finals.

Earning $93 Million during his time in the NBA, Michael Jordan is now a Billionaire with a net worth of over $1.7 Billion. His tie-up with Nike for the Jordan brand has made him a ton of money, and helped him become a true global icon.

In 2020, NASCAR was the first sport to resume operations after COVID. During that time, Joe Gibbs Racing driver Denny Hamlin used to spend his downtime at golf courses. In 2020, a false news report claimed Hamlin and Michael Jordan were eyeing a stake in a NASCAR team.

Jordan’s camp shut the rumors down, but Hamlin, who was debating his future post-retirement, was intrigued. According to Golf Channel, Hamlin thought of texting MJ during a game of golf.

“I’ll never forget, I was on the ninth hole of my home golf course and I was like, ‘Should I send Michael this article? Let me get his temperature here.’ And I sent it to him, and he responded immediately, says, ‘Ha ha, obviously fake news, not real, but if you want to make it real news let me know.’”

When MJ met Denny. The story of how Michael Jordan teamed up with Denny Hamlin to start @23XIRacing. Voiced by @bobpockrass. pic.twitter.com/OU0r6jlu4T

Hamlin flew to Florida the next day, met MJ on a golf course, and impressed MJ with a plan. This eventually led them to build 23XI from scratch.

Also Read: Michael Jordan, Who Left a $4 Million Salary With the Bulls to Play for White Sox, Wanted NBA to Replicate MLB’s Structure

In the two seasons that 23XI has competed in, they have won three races. Bubba Wallace brought 23XI their first win in October 2021.

In 2022, the team registered two wins. One with Bubba Wallace, and the other with their second car and driver Kurt Busch.

Also Read: Magic Johnson, Who Played for the Lakers, has a $271.7 Million Real Estate Investment In Boston