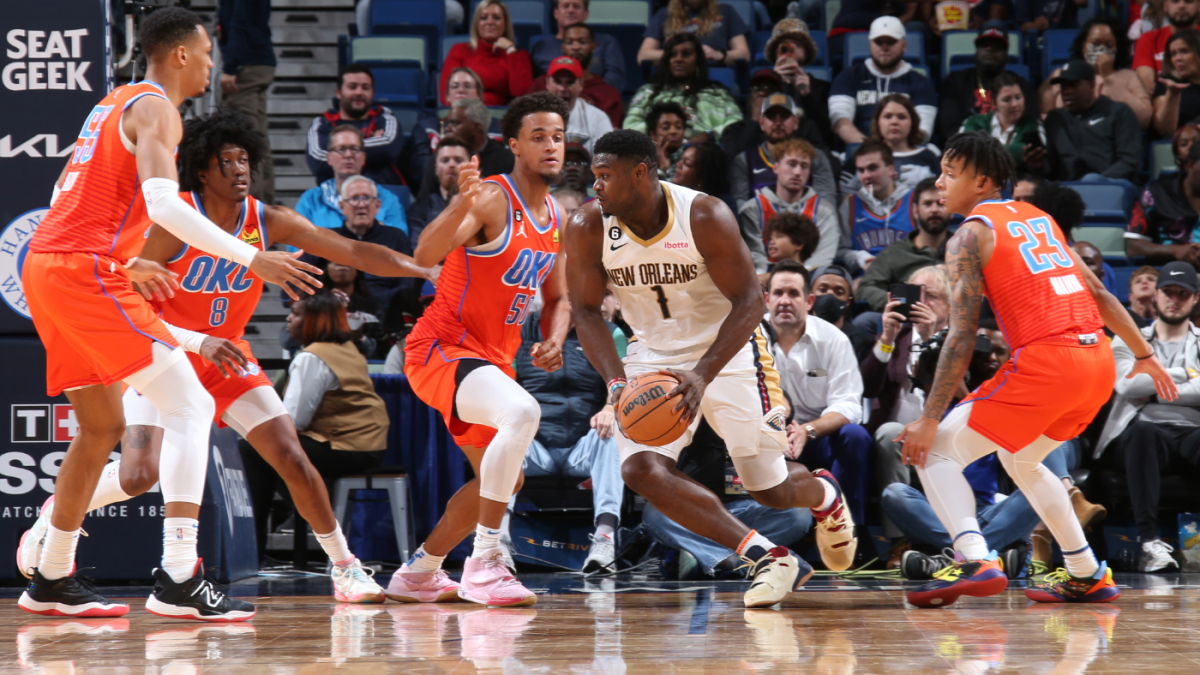 Zion Williamson played his 100th career NBA game on Monday night, a New Orleans Pelicans’ 105-101 win over the visiting Oklahoma City Thunder, thanks to a game-winning and-1 by Williamson in the final minute. His career has been like a lightning bolt. You don’t see him often, but when you do he’s spectacular.

It’s one of the most dominant 100-game starts in league history and that’s saying a lot, considering that he was drafted in 2019 and he has never appeared in an NBA playoff game.

But the numbers don’t lie. He has the 10th-most points by any player through 100 career games in NBA history, and the most since Michael Jordan in the mid 80s. Prior to Jordan, none of the other eight on the list have played in over a half century. Williamson is literally doing things that haven’t been done in decades.

Most Points in First 100 Career Games in NBA History

Williamson is the first player in NBA history with 25 ppg on 60 percent shooting from the floor in his first 100 career games. He’s the fourth with those averages in any 100-game span since the 1976-77 NBA-ABA Merger. The last to do this was Shaquille O’Neal.

Williamson’s average Game Score of 20.0 in his career is the fourth-best by any player through 100 career games, since Game Score numbers became available in the late 1970s. Game Score measures a player’s productivity based on the weighting of various box score statistics. 10 is an average game while 40 is outstanding, so if Zion’s average game is 20, that’s pretty impressive. More impressive is the company he’s behind. David Robinson, Michael Jordan, Shaquille O’Neal.

Williamson has lived up to the hype as a generational talent with unparalleled skills in a 6-foot-6, 280-pound body, doing virtually all his damage in the paint or at the charity stripe, with 97 percent of his points coming from one of those two spots. He’s dominating in each area at a historic pace.

Williamson has scored at least 20 points in the paint 50 times in his career, or exactly half of his games. The only player to do this more since Willamson entered the league is Giannis Antetokoumpo, who has done it 80 times, though in only 39 percent of his games.

As you can imagine, with all the time spent inside, he’s earned his fair share of trips to the line. Williamson’s 803 career free throw attempts are the sixth-most by any player through 100 career games in the last 40 seasons behind David Robinson (998), Shaquille O’Neal (906), Michael Jordan (871), Alonzo Mourning (865) and Blake Griffin (829).

Williamson’s best games included a 39-point game against the Nuggets, a 13-14 shooting night (93%) against the Mavericks and four threes made in his NBA debut against the Spurs.

While his inside scoring presence is among the best the league has seen this century, it’ll eventually become a footnote if Williamson continues to be slowed down by injuries.

He’s missed 146 games in his career, mostly due to a torn meniscus in his rookie year and a Jones fracture in his right foot last season. It’s the third-most games missed at the time of his team’s 100th game following being drafted as a No. 1 overall pick, behind David Robinson (military service) and Greg Oden (knee injuries).

In his best season to date, 2020-21, Williamson became the first player to rank top 10 in the NBA in scoring and field goal percentage but miss the playoffs since Shaquille O’Neal in 1992-93. Things are looking up in New Orleans though. The Pelicans have one of the most prolific, young scorers in NBA history and are 4 games over .500 for the first time with Williamson, who the team signed with a rookie max extension this offseason and have reinforcements coming. The Pelicans can swap first-round picks with the Lakers in 2023, when French teenage phenom Victor Wembanyama is expected to be the No. 1 overall pick. You never know, lightning could strike twice.